On 12-08-12 the Rolling Stones played their first US gig since 2006 at Brooklyn, NY's Barclay Center. The Stones have been getting rave reviews all around, both in London and in the US. Special guests have included Bill Wyman, Mick Taylor, Jeff Beck, Mary J. Blige, Florence from Florence & the Machine, Gary Clark, Jr...and now Mick Taylor, Bruce Springsteen, The Black Keys and Lady Gaga were all confirmed for Newark.

Tonight the Stones hit the stage at MSG to perform "You Got Me Rocking" and "Jumping Jack Flash" for the 12-12-12 Hurricane Sandy Benefit Concert. Tomorrow 12-13-12 they play the Prudential Center in Newark, NJ and yours truly will be there. My first show since London 2007 and my 77th Rolling Stones show. I will also attend the Pay Per View show on Saturday 12-15. Stay tuned to The Keith Shrine on Facebook for updates and news from the shows! 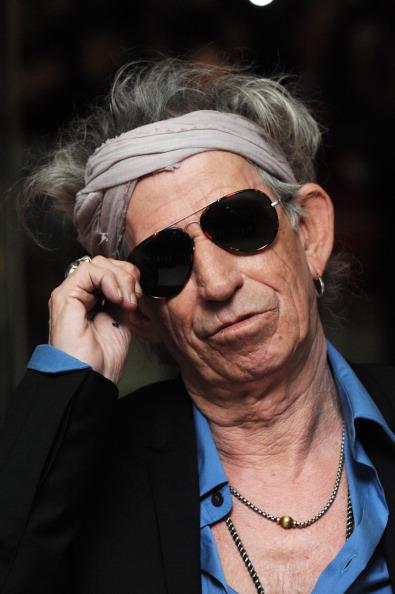 On Monday October 14 we got the official announcement we were all waiting for...Ladies & Gentlemen the Rolling Stones are playing FOUR 50th Anniversary concerts, two at London's O2 Arena November 25 & 29 and two at New Jersey's Prudential Center December 13 & 15.

On Thursday October 18 the Stones came together on the red carpet in London for the premiere of their new documentary Crossfire Hurricane. Also present were former Stones Bill Wyman & Mick Taylor, although only Bill Wyman was featured on stage for the film intro and in photos with the other 4 Stones.

Both Mick and Keith declared their excitement to be back on the stage and Keith promised to "deliver" for the fans.Tickets went on sale for all 4 shows in presales this past week and many fans are highly upset and disappointed by the escalated ticket prices...from around $125 to $850 for one ticket and VIP packages over $2500. Scalpers once again got their share of tickets and have inflated prices even more...in fact there was a pair of tickets on sale for $100,000 if you can believe that! There is still an AMEX presale on Monday Oct. 22 at noon for the NJ shows & regular on sale is Oct. 26, however, London sales are over and both shows were sold out in less than 7 minutes according to media reports. 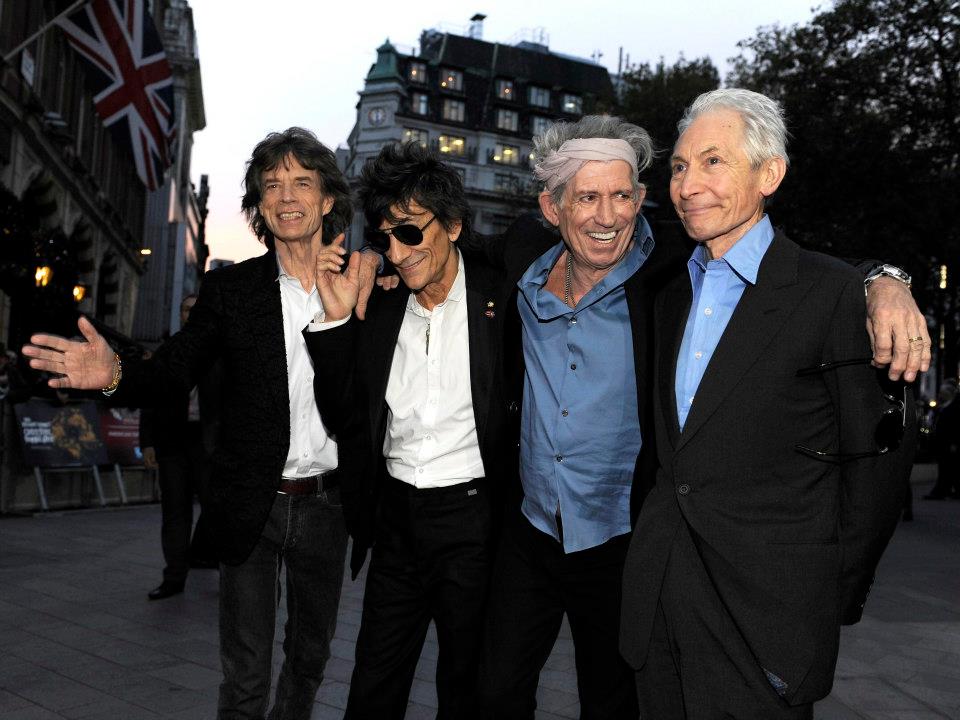 If you didn't manage to score a ticket for the 50th Anniversary gigs, never fear, because both Keith and Mick have hinted that more shows are to follow in 2013!

Hope to see YOU at the Prudential Center December 15th in NJ! It's Only Rock n' Roll, but I LIKE IT!!!! And it's been 5 long years since I have seen the boys on stage (London August 2007).

Well, if you're not on top of what's been going on with the Stones lately, here's the re-cap. The Rolling Stones may be making an official announcement as early as Monday October 15th as to what shows they will play this Fall and Winter in the UK & USA. Some media sources are reporting 2 dates in late November for the UK & 2 dates in mid-December for the USA. The Stones are also reported by the media to be playing at the O2 Area in London and the Prudential Center in New Jersey in the USA. Some media outlets still insist that Barclay Center dates for Brooklyn, NY may also take place.
The Stones also released their new single "Gloom & Doom" this week. The first new Stones track since 2005's A Bigger Bang. You can see the video on You Tube complete with lyrics here:

A Stones documentary called Crossfire Hurricane will debut in London October 18th and the Stones are expected to attend the red carpet premiere.
It looks like after a long 5+ year wait, some action is finally happening in the Stones camp for their 50th Anniversary!

In honor of their 50th anniversary, the Rolling Stones returned to the site of their first gig, London's Marquee Club on Oxford Street, for a group photograph on Wednesday.

It's a rare photo op for the Stones, who were last publicly photographed together at the premiere of the Martin Scorsese-directed Shine a Light documentary in 2008.

The Stones will celebrate their anniversary tomorrow by attending a photographic exhibit at the Somerset House in London. The photos will appear in the upcoming book ROLLING STONES: 50, to be released in the U.S. by Hyperion in October.

"This is our story of 50 fantastic years," said the band in a statement. "We started out as a blues band playing the clubs and more recently we've filled the largest stadiums in the world with the kind of show that none of us could have imagined all those years ago."

This is my personal video tribute to the Stones, which chronicles the years 1994-2012:

Stay tuned for more Stones 50th anniversary coverage. Join me all day July 12 for a special event at The Keith Shrine on Facebook to celebrate! 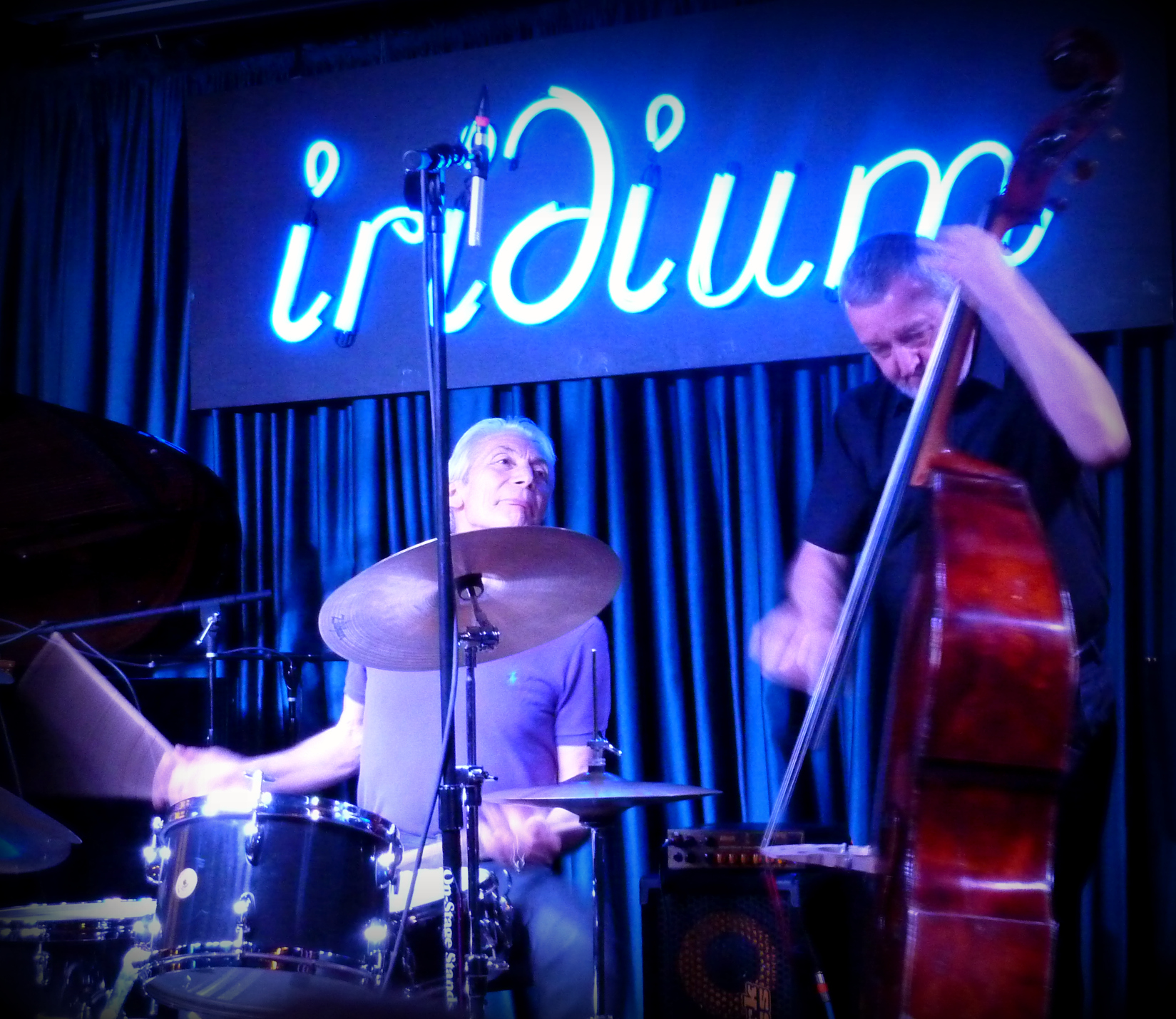 Keith was at the Iridium Jazz Club in NYC to see Charlie Watts play with the A, B, C & D of Boogie Woogie. I saw Charlie Watts play on June 30. Charlie looked and sounded great, he was all smiles and clearly was enjoying playing with Axel Zwingenberger, Ben Waters & Dave Green. I even was lucky enough to shake Charlie's hand after the show! 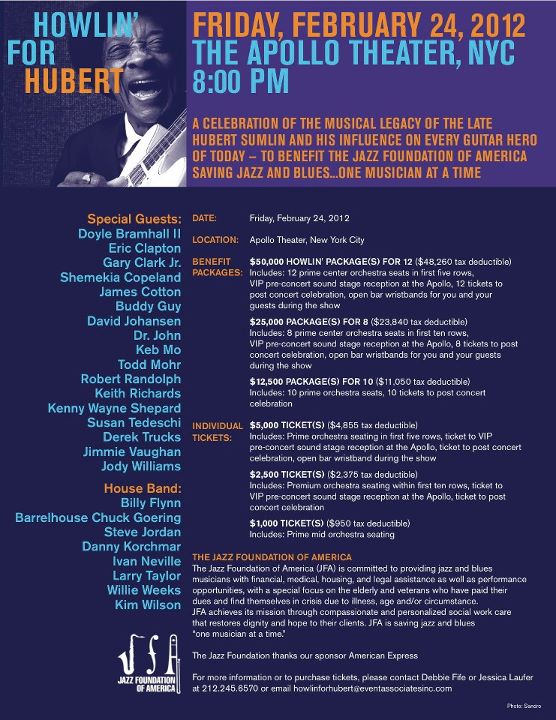 Keith will be playing at the Apollo Theater in Harlem in NYC on February 24, 2012 as part of an all star salute to Hubert Sumlin! The public on sale date for this event is Monday February 6 at 10am via Ticketmaster.

HAPPY NEW YEAR FROM BLUE LENA & THE KEITH SHRINE. Here's to getting the Rolling Stones back on the road for their 50th Anniversary Celebration 2012!!!!! Nothing is official yet, but rumors abound and it is almost certain the Stones will do something this year, just exactly what has not been announced yet. For quicker updates please join me on Facebook and/or Twitter.