On 18 June 1700 General Otto Vellingk wrote to Charles XII, informing him that Col. Gustaf Ernst Albedyhl had agreed to raise a regiment of dragoons (600 men). During the first months of the war the Saxon dragoons had clearly showed the value of such units, so Vellingk wanted to make Albedyhl's unit a permanent one. Charles agreed.

The regiment was later taken over by Gustaf Carl Schreiterfeldt and it subsequently carried his name. 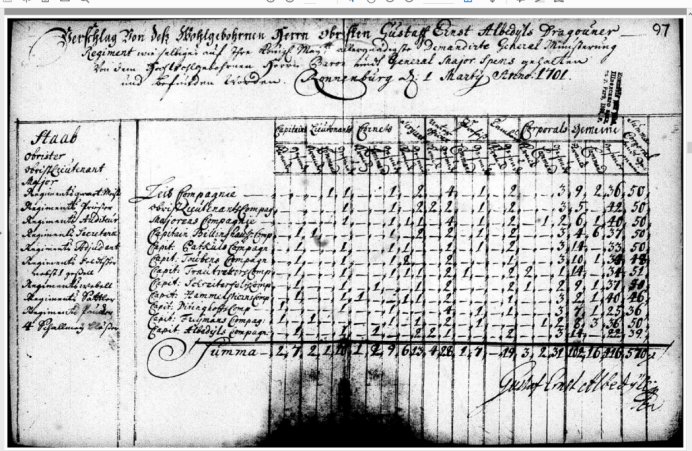