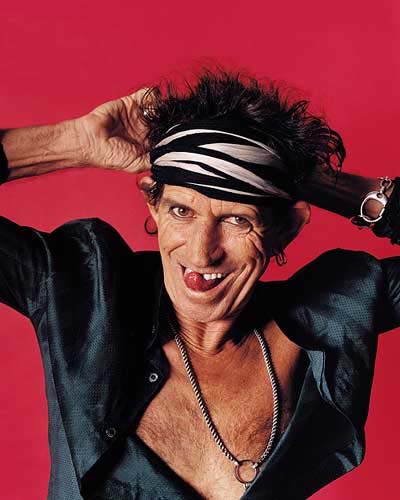 Around 45.000 people enjoyed this evenings show.

If this is what it takes to put a winner on the field and fannies in the seats, well, by god, let's do this 81 times a year.

Nobody hit behind the runner, bunted the man over to second or turned a double play Friday night at Comiskey Park. The home team won nonetheless.

That's because the Rolling Stones, England's oldest hitmakers, hit a few home runs and made all the routine plays in the inaugural rock concert at the South Side ballpark.

The Stones offered few surprises in their 22-song set. Gone were the rarities such as "Can't You Hear Me Knocking" and "I Can't Turn You Loose" that the band performed during Tuesday night's stop at the United Center.

Instead, playing to a packed venue that singer Mick Jagger described as an "enormous place," the band stuck with old and well-worn reliables such as "Jumping Jack Flash," "Start Me Up," "Tumbling Dice," "Honky Tonk Women" and "Brown Sugar."

But where, on previous tours, the band might have slogged through these usual suspects with workmanlike skill, there is something different going on this year.

It starts with the rhythm section.

British country gentleman Charlie Watts continues to be one of rock's wonders of the world, a drummer whose sure touch makes it look too easy. He held down a steady, stunning beat on his spartan drum kit throughout the night, drawing attention only with his solo volleys on "(I Can't Get No) Satisfaction."

Chicago native Daryl Jones, meanwhile, seems to have finally found a comfort level with the Rock and Roll Hall of Famers. His churning bass helped turn the previously undistinguished "Tattoo You" track "Neighbours" into a driving rocker for the ages. His depth-charge rumblings provided the solid foundation underneath the blues classic "Little Red Rooster." And his loping bass lines brought a touch of R&B to a winning cover of Bob Dylan's "Like a Rolling Stone."

If Jones has forged a more significant place with the Stones, guitarists Ron Wood and Keith Richards have rededicated themselves to their established roles in the band. Fresh out of detox (one wonders if his counselors there were aware that his business partner is the walking bad habit himself, Richards), Wood is playing with a clarity and precision missing in previous outings. His riffing on "Street Fighting Man" and "Midnight Rambler" were inspired. And on "Tumbling Dice," perhaps the most guitar lick-friendly number in the rock canon, Wood delivered the goods.

Richards, for his part, continues to prove that rock guitar may be a dirty business, but he is the somebody who's gotta do it. Looking worse for the wear and tear with a receding hairline, slightly puffy countenance and a chaotic tangle of a hairstyle, he demonstrated that his is not a pretty business. But he also gave ample evidence that he remains the lord and master of all riffs, particularly as he wrestled notes from his instrument on crunchy rockers such as "Sympathy for the Devil" and, during his two-song showcase, "Before They Make Me Run." And if a slowed-down, bluesy "Gimme Shelter" didn't quite work, it wasn't for lack of effort on Richards' part.

And then there is Jagger, the lithe libertine who makes this entire rock-show-as-gladiator-spectacle stuff work. Yes, the recently knighted Sir Mick is a bit longer in the tooth, as he demonstrated by hiding behind an infrequently strummed electric guitar to take a breather on the sweet new pop-rocker "Don't Stop." But for a man of modest stature, he plays big. This was nowhere more evident than when, with a few simple gestures, a shake and maybe a wiggle, he sold the acoustic ballad "Angie" even to those in the high-altitude seats in Comiskey's upper deck. His preening and mugging, clad in a sequined Pimp Daddy outfit, through the O'Jays' classic "Love Train" offered further evidence.

Jagger may be the star, but Friday, the Stones proved again that great rock 'n' roll is a team effort.

And if they're going to bring this much energy and intensity to a stadium show, hey, next time, let's play two. Rock review, Rolling Stones at Comiskey Park

Only the self-proclaimed "World's Greatest Rock and Roll Band" would dare play the gigantic Comiskey Park with nothing new to plug except a handful of songs stuck on yet another greatest-hits disc.

Rock-star arrogance is expected from the Rolling Stones, but in recent years that arrogance had given way to outright hubris, since the band had done little to shake up its staid set lists and rote performances.

But something feels different about the band's current "Licks" tour, which brought the Rolling Stones to the giant concrete stadium Friday night. With changing song selections stressing various stages of the band's monumental career and shows performed in different-size venues (ranging from the mini to the mammoth), the Stones have found a way to keep things interesting not only for their fans but for themselves.

Needless to say, Comiskey Park fit the mammoth category, a venue size that matched the band's ticket prices — well into triple digits. Fortunately, after four decades of honing their larger-than-life personas, the Stones did a remarkably good job entertaining and energizing such a large crowd. Yes, the Stones seemed a little smug as they smirked and strutted for the outsize projection screens, but the cockiness was backed up by a sense of adventure not heard from the band in a long time.

Hedging their bets, the band opened with the irresistible trio of "Brown Sugar," "Start Me Up" and "It's Only Rock and Roll" before embarking on a great mix of classics and lost nuggets. They dusted off the '80s disco ditty "Undercover of the Night," and followed it with a haunting "Angie," which Mick Jagger sang with more nuance than many have come to expect from him these days. Renditions of "You Can't Always Get What You Want" and "Monkey Man," both from '69's masterpiece "Let It Bleed," were sluggish, if well-received, but then the band pulled out a cover of the O'Jay's "Love Train" that lit up the stadium.

The band's short performance of "Neighbors" and "Little Red Rooster" on the smaller satellite stage in the middle of the stadium was hampered by bad sound, but the crowd appreciated the impassioned take on Bob Dylan's "Like A Rolling Stone." Back on the main stage, Keith Richards drifted through a sloppy "Before They Make Me Run" and a sensitive "Slipping Away," one of only three songs drawn from the last 20 years (that's a good thing). But the nicest surprise of the night was an epic rendition of "Midnight Rambler" that preceded a pro forma set-ending "Satisfaction." As drummer Charlie Watts pushed the tempo and Richards and Ronnie Woods chugged their guitars, the band erased any doubt that — when they put their minds to it — they have no trouble justifying that "world's greatest" title, if only for two euphoric hours.

All I remember is that it took us two hours to get a taxi back to the Stones hotel after the show!