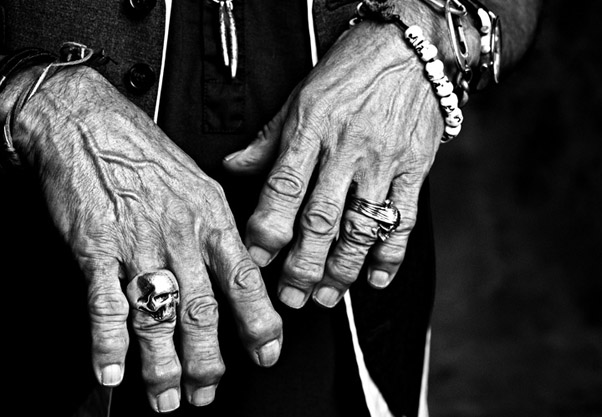 Keith is on holiday in the Turks and Caicos with his family, and we wish him the happiest of birthdays and a very happy anniversary to Keith and Patti as well! Enjoy your birthday, anniversary and Christmas in the sun Keith!

I stumbled upon a transcript of my 2005 interview with Keith Richards the other day, and really enjoyed reading back over it. At the time, it put an end to a preposterously convoluted affair. The interview took about 6 months to set up and we had to jump through various completely random and arbitrary legal hoops to get it done, but it eventually happened around 4 am GMT (what I now call Keef Time) in early November, 2005, as I was in the final throes of finishing my book 'Willie Nelson: The Outlaw' .

Keith's thoughts formed the Introduction to that book, and he was such a gent, so insightful and genuine, so funny, so musical, I thought our late night chat was worth sharing in its entirety. Enjoy.

GT: Hello Keith. How are you?

KR: What are you doing up this time of night, old boy?

KR: Yeah, that does take a lot of midnight oil!

GT: Hell, yeah, it takes a long time. What are you up to?

KR: I just got into Portland out of Seattle.. on the road, you know.

Click HERE to read the rest of Graeme's interview with Keith.

Since Keith put on the original Courts and Hackett skull ring in 1978, David and Bill have received countless requests for a copy but their original decision that the ring should remain unique has meant that there is no replica mould and no duplicates.

Now, for the first time and only available from them is a magnificent new deaths head ring sculpted from the same human skull used for the original.

Crafted in solid 925 silver each ring will be stamped with the Courts and Hackett hallmark guaranteeing authenticity, date, materials used and country of origin. SEE THE NEW SKULL RING

Keith Shows Up at Bernard's Gig in NYC May 19th

Keith turned up last Tuesday night at the Knitting Factory in NYC to support his band mate Bernard Fowler who was playing there that night. Alexandra & Theo his daughters were also dee-jaying that evening at the Knitting Factory as well. Keith arrived with his wife Patti and entered through the front door to the delight of many fans, who were able to get a kiss, hand shake, autograph and/or photo with their idol. Keith sat in the balcony with his family and manager Jane Rose, as well as assistant Tony Russell. From the photos that fans have shared it looks like he clearly enjoyed the evening, as did the fans. 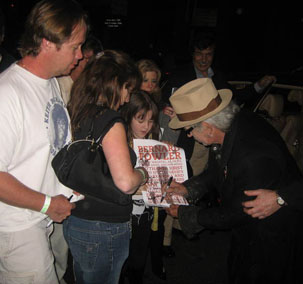 Keith Talks About the Blues

Keith Talks About the Blues from BBC TV.

Join me at Facebook in the Keith Shrine Group, so you can share all your favorite Keith stories, concerts reviews, photos and everything Keef!Keith Shrine Facebook Group

Several media outlets have announced that the Stones are putting together a tour for late 2009, now that Ronnie will not be embarking on a Faces reunion tour in 2009. Nothing official has been confirmed or announced yet. Stay tuned to the Shrine for more details when they become available.