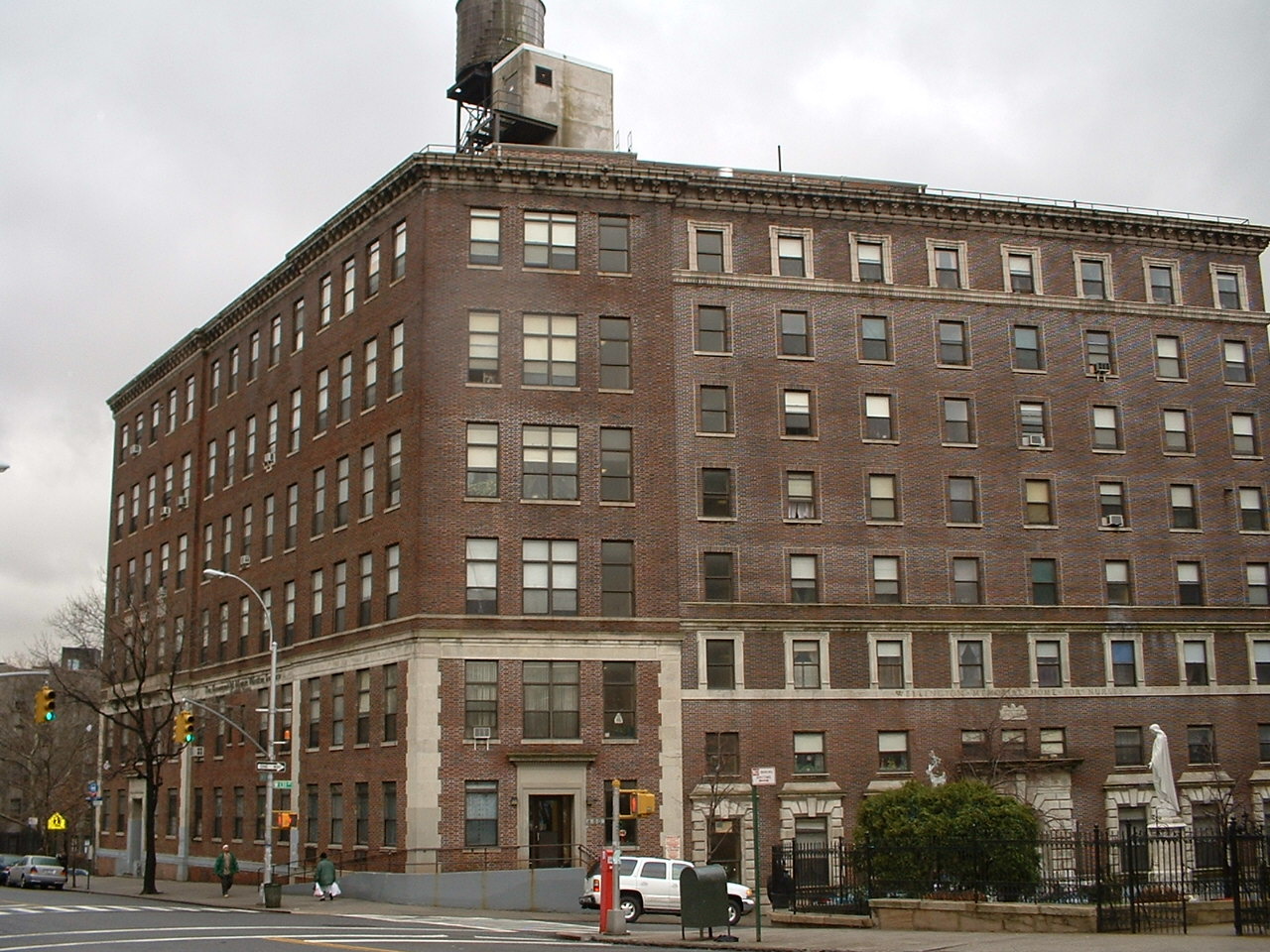 This is where the four of us were born.

The M. Moran Weston seniors' residence on Convent Avenue at 131st Street occupies the old Knickerbocker Hospital building, which began in 1862 as the Manhattan Dispensary, a temporary Civil War tent facility for returning Union Army invalids. In 1885 the New York Times praised its rebirth as the fully equipped Manhattan Hospital, "the only general hospital north of Ninety-ninth street." In 1895 it became the J. Hood Wright Memorial Hospital, then Knickerbocker Hospital in 1913. The hospital assumed the city's largest ambulance district for many decades and was a forerunner in treatments for polio, gynecology and alcoholism. (United Hospital Fund.)

And now Harlem is having a rebirth, probably due to the fabulous kids who were born there in the mid to late thirties!

And on August 8th, 2014 Clive Owens starred in a new TV series that is based on the Knickerbocker hospital in a story that took place around the turn of the 20th century and is seen on Cinemax cable. The name of the series is: The Knick.