March 7 2021...site bandwidth and ancient HTML means we are losing images...so to work we go. Apologies for any interference with your enjoyment of this site as we conduct repairs.


A long time ago, this site was associated with the old Ral Partha's MinFigs sales, then breifly with Tom Dye's MiniFigs sales. I am still a huge fan of MiniFigs LTD, so I am adding a gratis link to the new owners here. (I found out many people land here when searching for Miniature Figurines...the original tin soldiers, not the plastic Legos. Well Maybe the Plastic Legos as well.) So if you are looking to purchase or just browse some classic excellent lead/tin figures in 15mm, 25mm and all eras plus sci-fi, fantasy and such, click on the image of the Minifigs catalogue. "http://www.miniaturefigurines.co.uk/Home.aspx"> 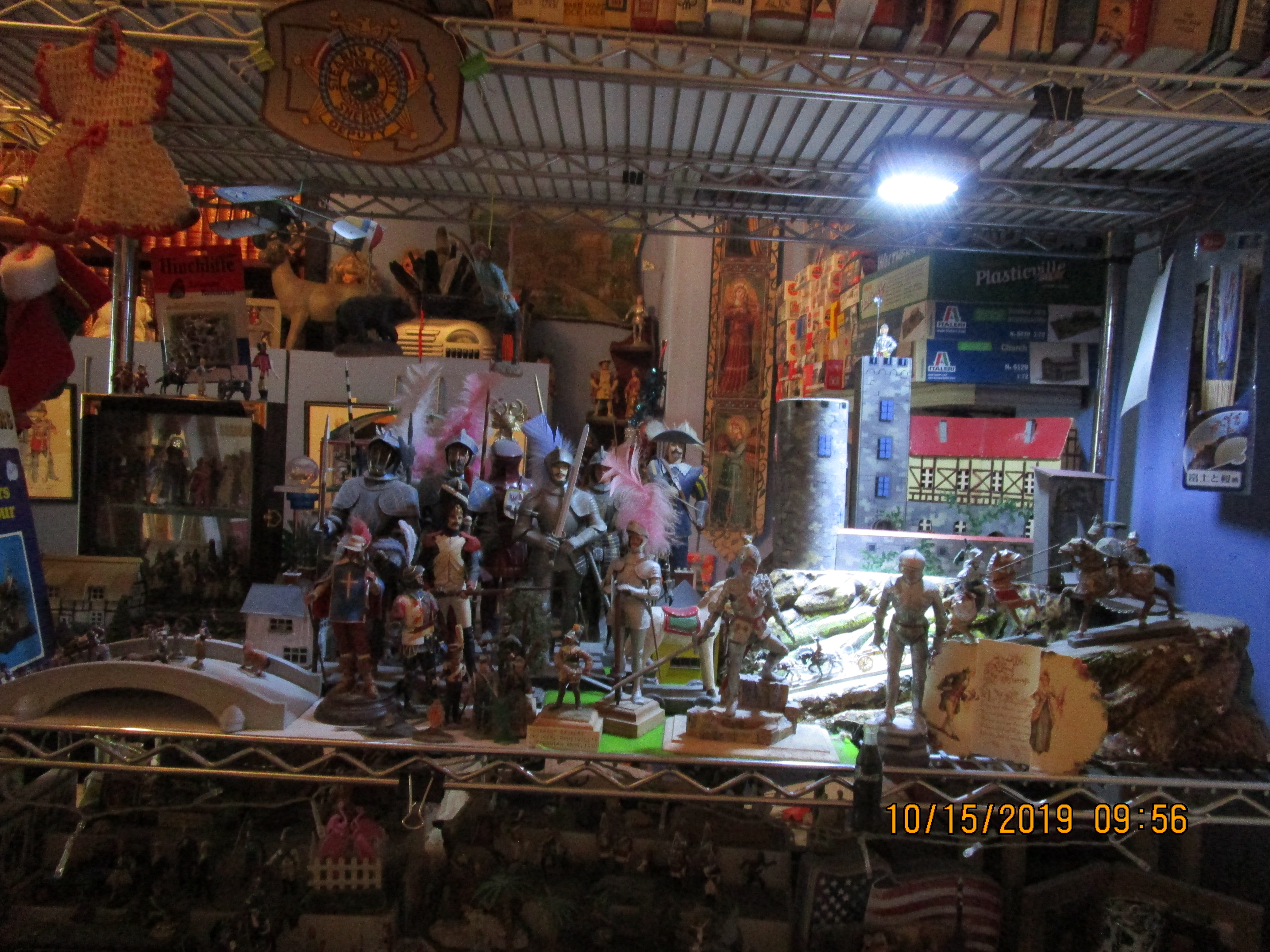 Welcome to the treasure trove.
 August 2017, cannon fire by the light of the Eclipse
Actual news footage from a miniature battlefield!

Mission: Popularize the aspects of models that are innately recognizable by what H.G. Wells (in a related context) described as "...boys from twelve years of age to one hundred and fifty and for that more intelligent sort of girl who likes boys' games and books."

Models, miniatures, 'toys' are an ART form. Useful and used in everything from planning the Trooping of the Colours on HRH's official birthday, to planning a house or subdivision, designing a stage or movie set. Often performing the duties of actual "actors" in a film or Televised play. (Interesting that a performance is called a play, sometimes a teleplay.) Even in the current digital design dominated age, models are often made in physical 3 dimensions to be image-captured and animated. After all, a really useful diorama at whatever scale is in all meanings, nothing more than a three-dimensional 'painting' that tantalizes the viewer with the very real ability to reach out and view or touch the subject from different perspectives.

The owner of this long-standing and popular site intends to see an expansion here of the history and aspects of visual delights that illustrate the long presence and enjoyment of miniatures; little models of military and civilian machines, buildings, creatures and figures, from fantasy, fable and FUN....

 The indoor hobby season is wrapping up! Click the Puma to get to the September 09 album!!!!
 
 Click the knight to visit June 2009 album.
 Airfix 'enry 'ate 'n Annie.

 Emhar 1/72 Prussians marching onto my painting table! Click the AirFix Civil War scene to view "AirFix Forts 'o Fame" the photo alubum for May 2008. NEW! September 2008! Added pictures of AirFix Ft.Sahara to the Forts O Fame album! Click the charriot on the 'puter to view "Summer for Sumer" the photo alubum for March 2008.
 click the image for photoshow, "Let out for Christmas!" click the image of the Early American Skateboarder to visit a new photo album.
Happily taking annoying miniature photos since at least 1966!
click image to visit a toy soldier's tale, a story for all ages!1812 American 'Napolionics' by venerable manufactoring concern, Imerie Risely! Click image to visit a new galleryThe zvezda modular castle elements at last provide a promintory worthy of challanging the airfix commandos (not yet on scene) as they assault the airfix coastal fort set. .....album for summer 2007!.... Click the image to visit Troops of the Garden! 
..... album of spring... 2007 arose from the mists of winter.... Click this image to visit! 
 Historex Bavarian on guard. 

msr Dean dressed as a young Napoleon," Vacation-eeeeee!!! (..and then we're gonna go to iowa, and washington!..eeeeeeeee!)"
"ruins on mars." An OO scale marriage of the classic airfix coastal gun playset and some vintage robotech accessory sci-fi dudes camo-ed by some warhammer building ruins. Some non-perm kit bashing (sort of, well ok, some different stuff stuck together)....
 2003's most under rated figures and vehicle kits.
soon the misunderstood figures of 2004! 54mm/1-32nd ICM plastic kits of 1870 Frenchies and Pruessians and an RPM 75mm (the box says 'schneider 75mm' which is of course that belle of the battle from the Franco-Prussian through the Great War and World War II, used by many nations.) 
Same French field gun in Minifigs 15mm.

A little photo show of the ICM 75's bigger and older cousin from a maker I have yet to remember the name of, just click on the cannon and spaceman picture to visit

click the pic of the AirFix CHi-Ha tank stomping around some poor sot's desk top, to see MORE Armour! 
click the photo of the AirFix wagon to mosey on over to the Wagons Ho!! page. 
This site owned by Robert L Stearns Jr wanna' email me? Try: egoboy@egoboy.com
a wonderful small scale plastic figure site! CLICK THE CARABINIERS to point your browser there!
This cool page has been visited