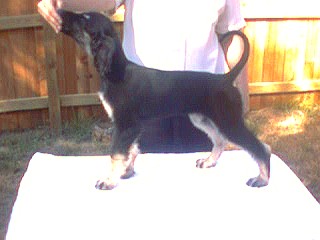 "Emily" as a beautiful Champion Emily winning the Am.Bred Class at the National 2002 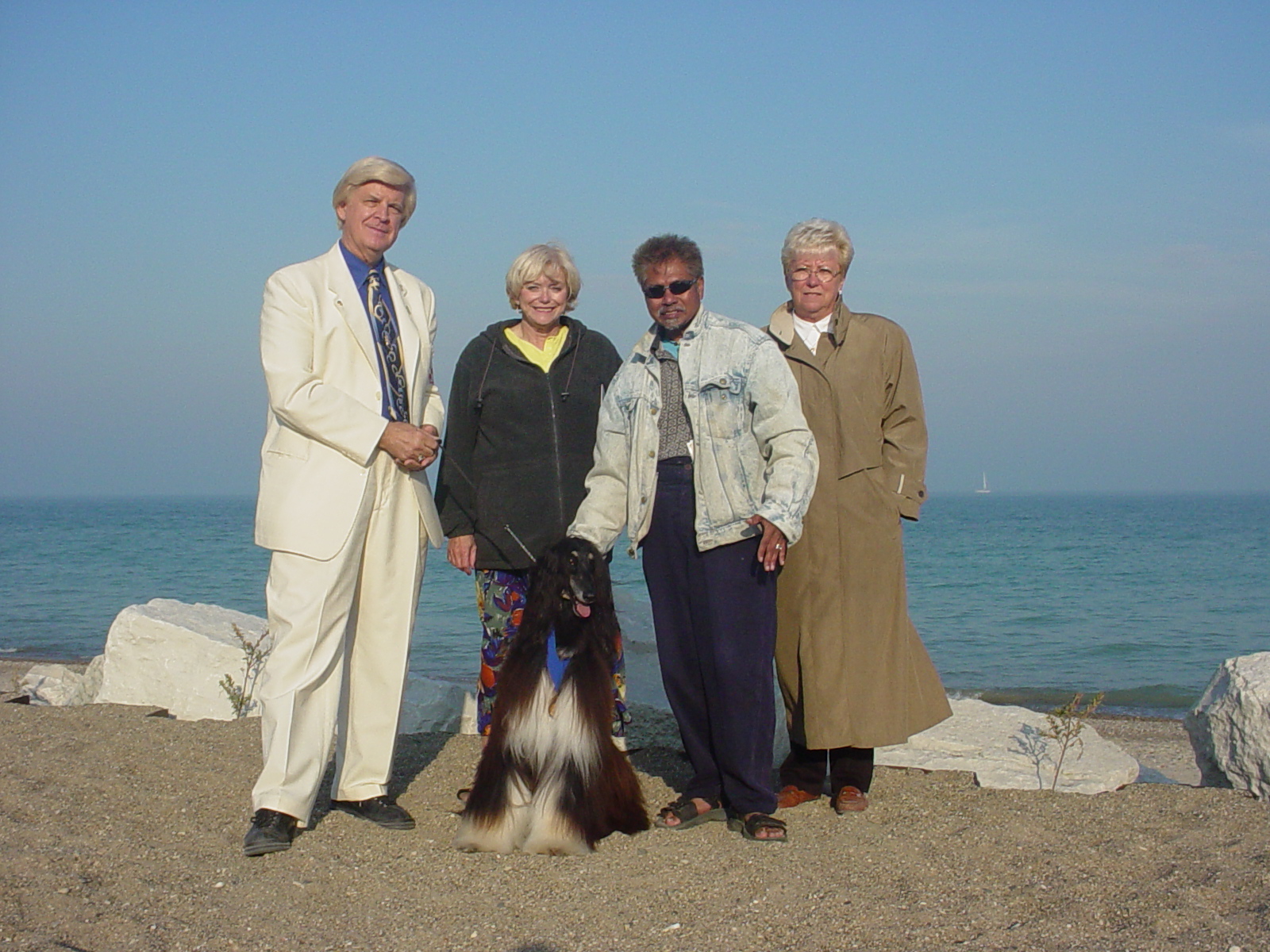 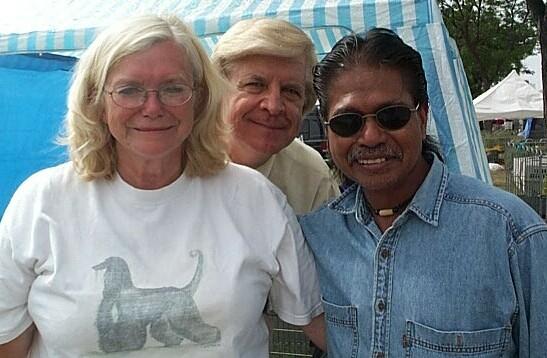 Even though shown sporatically due to the harsh Canadian weather, Emily finished her Canadian Championship in a few shows. She continued as a teenage special winning several breeds over male specials and placing in the Hound Group 6 times shown by owners and Mary Henderson.  FLASH!!!  Emily finishes her American Championship with two 3-point majors and a 4-point major.