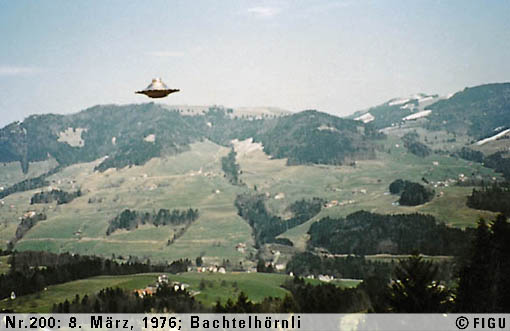 As a kid, so Meier claims, he was visited by 'Sfath' an old alien male from the Pleiades-starsystem. He started with the 'information-input' when little Eduard was seven years old. This happened through 'channeling' and in face to face-meetings. On febuary 3rd, 1953 'Sfath' appearently retired, since that date Meier was contacted by Asket, a beautiful blond female alien. She was to be Meiers new guide for the next eleven years. Asket took him on rides in her 'Beamship', a.o. to the Gizah-pyramids, where she unraveled the secrets of these ancient monuments to Meier. She also took him to the future and the past on board of their craft.

On January 28th, 1975 was visited by a new alien again: 'Semjase'. This was Sfaths grand-daughter (sounds somewhat like Dynasty ;-). Anyway, it's then that Meier started to write down his first 'official contact-notes'. Now these very notes are the fundament of Meier's cult. Meier says about this on his home-page: "on that date FiGU's MISSION started... To support this rather wild claims Meier, at that time shocked the world with chrystal-clear (read: to good to be true...) pictures of the "Beamships" of the Pleiades and he later even photographed "Asket and Nera", two of the aliens on board of their ship. Also he had 'evidence' of his time-travels. Amongst them, a picture of dinosaurs and that of L.A. after an enormous quake in the future.

Since that day in 1975 and now Billy has written down about 260 'official contact notes' and claims to have met several aliens from the pleiades-system. He claims the contacts continue to this day, just lesser... He also claims he his the only one that's been contacted by these aliens, so they assured him. 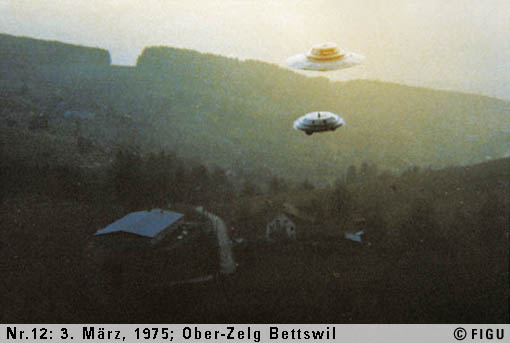