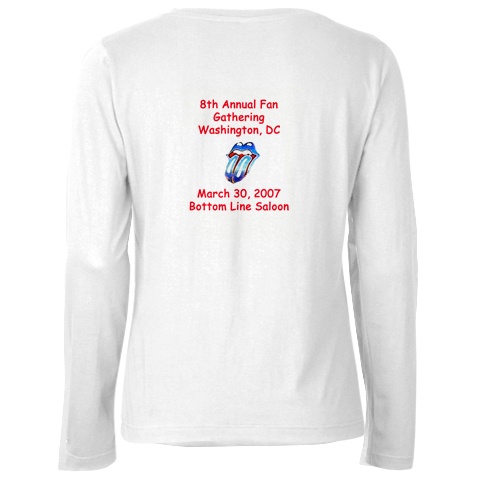 RSFCO 8th Annual Bottom Line Fan Gathering-Washington, DC 3.30.07
On Friday March 30, 2007 beginning at 5pm Blue Lena hosted the 8th Annual Washington, DC Stones Fan Gathering. The gathering has been held every year by Blue Lena & the RSFCO/Stones Planet Fanzine since the year 2000. The tradition began the year after the pre-parties for the MCI Center DC shows during the No Security Tour were first held there in 1999.

This year we had 14 attendees from PA, VA, MD, DC and as far away as Chicago, IL! Several fans had attended most if not all of the previous gatherings, but we were very happy to have two newbies join us this year. This year's group consisted of Blue Lena, her husband Dave, Jaggrfn1, Akissaway, SweetVA, Stonesdoug, Oldkr, Rick, TomL, Nanky, Hoopledude, Sandy, Linda and Marcia. 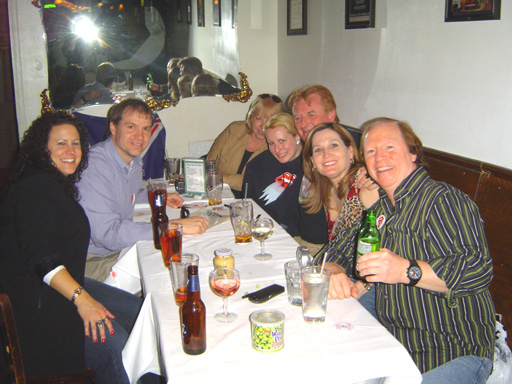 The evening began with drinks, introductions, "great to see you agains" and talk of the upcoming European A Bigger Bang Tour. A Stones banner hung from the mirror behind our table. This year the DJ kindly obliged us with many Stones tunes, which was fantastic. Blue Lena shared her tour photo book, which featured pictures from the North American Leg of the A Bigger Bang Tour. As the evening progressed many people ordered appetizers or dinner and the laughter got louder and louder. 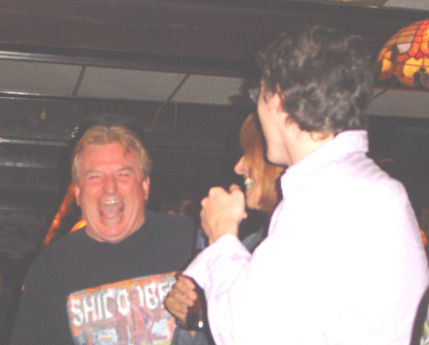 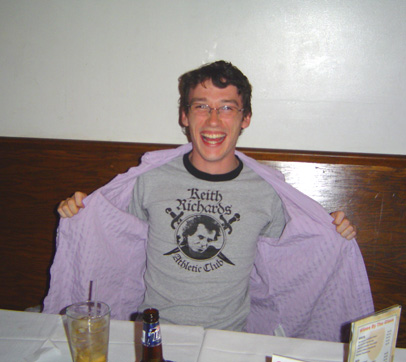 We had our annual "toilet photo", an odd tradition we started and continued each year, pasting varies Stones stickers on the ladies loo. 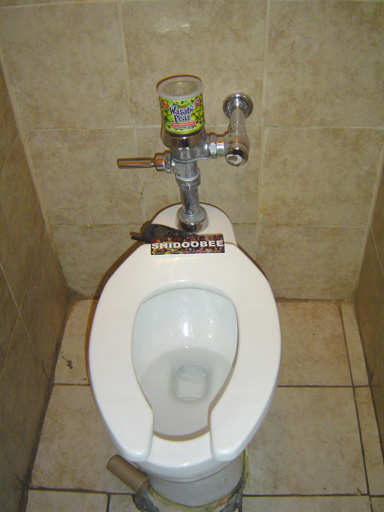 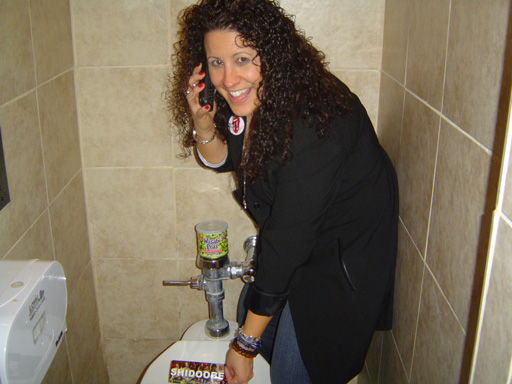 This year we added a urinal shot too, courtesy of TomL who got some odd stares in the men's room (at least the ladies flushed) hahahaha! 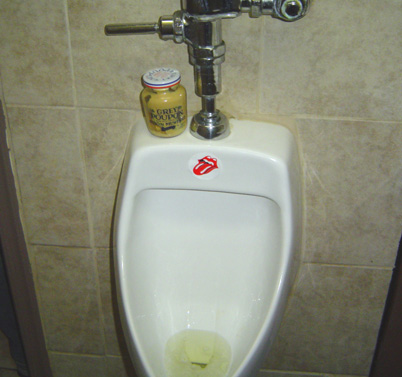 The main comedy item this year became Rick's outdated cell phone...you had to be there. 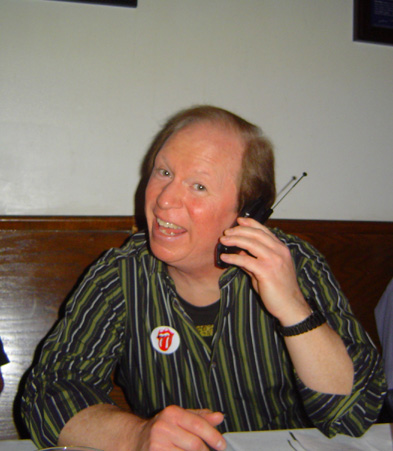 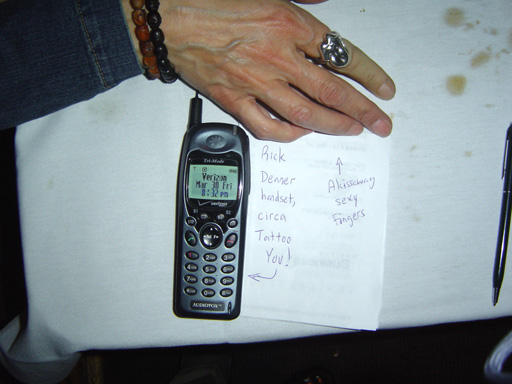 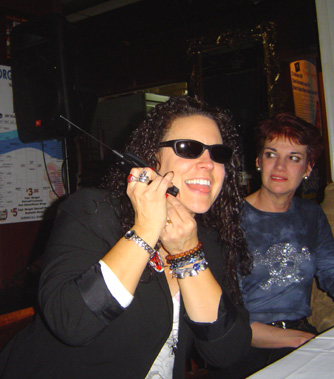 Also the wasabi peas are useful as "Lip plumpers", if you haven't got the cosmetic type-Jaggrfn1 demonstrated. 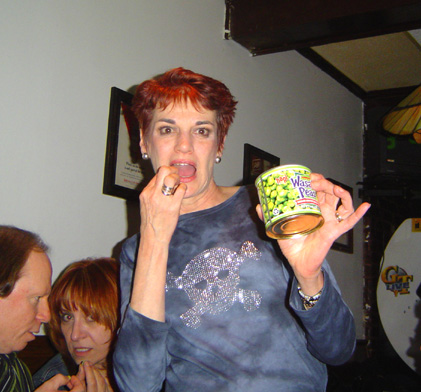 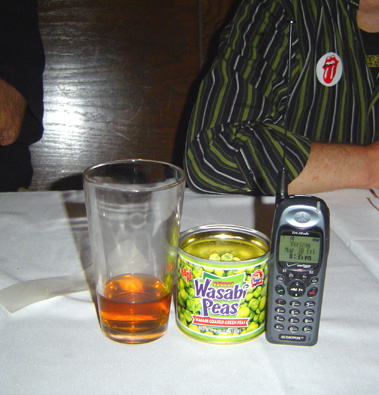 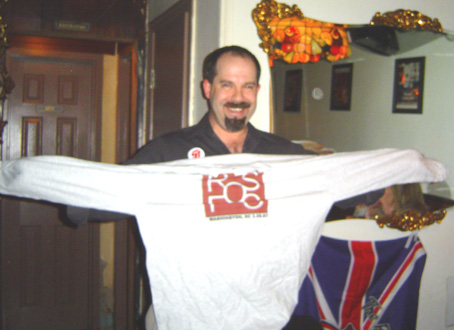 Also a free subscription to Stones Planet Fanzine, to which SweetVA won a year's renewal. Jaggrfn1 kindly gave away 2 A Bigger Bang ladies tote bags to Sandy & Linda and free stickers to all. Thanks for all my special gifts too girls! 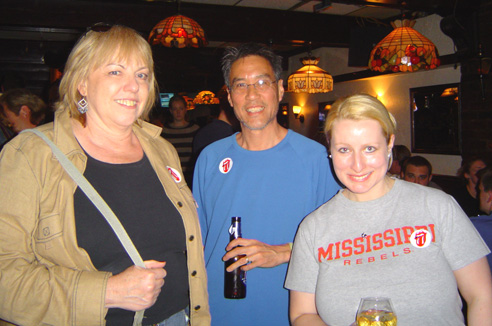 The Bottom Line wrapped up around 10pm, when the DJ switched to mostly rap songs for the "younger" clientele. We took this as our cue to head up the street a few blocks to the Froggy Bottom Pub to finish the evening with a pizza and some final beers. The night ended for good around 11pm as folks made their way to the metro for the trip home. 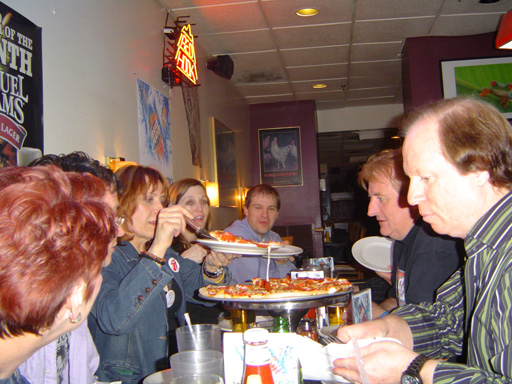 The additional photos below should show that a great time was had by all! See ya next year at the Bottom Line's 9th Annual Gathering! 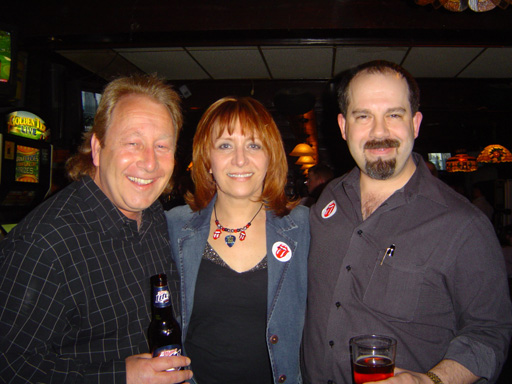 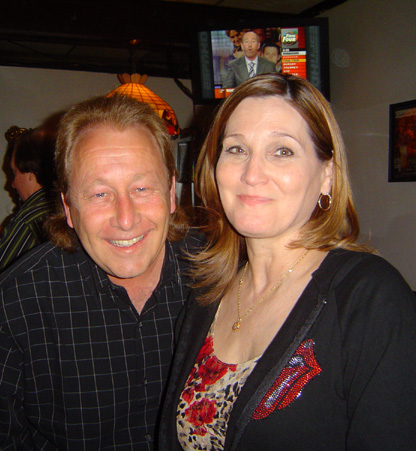 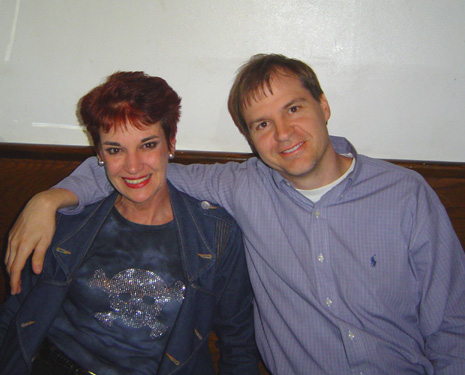 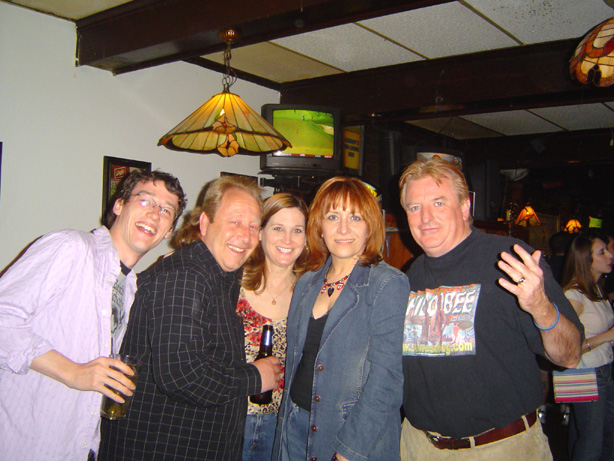 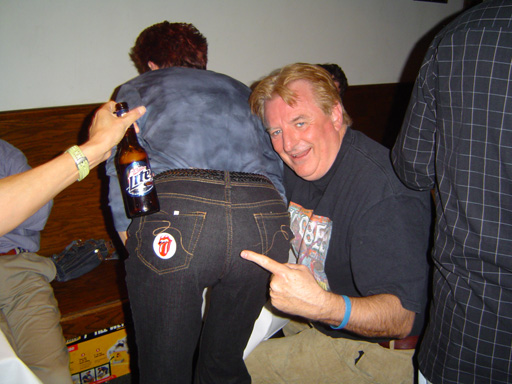 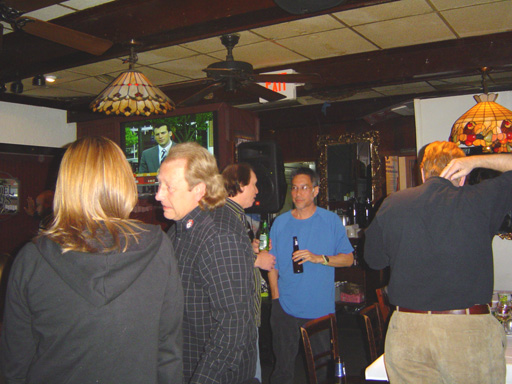 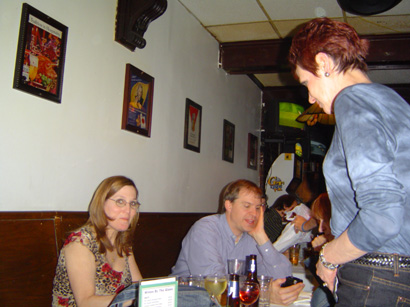 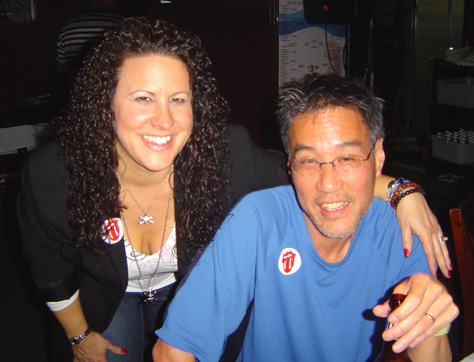 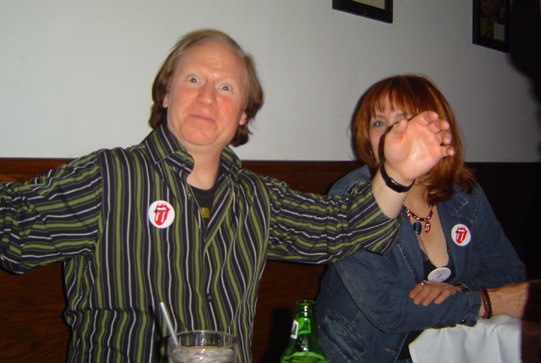