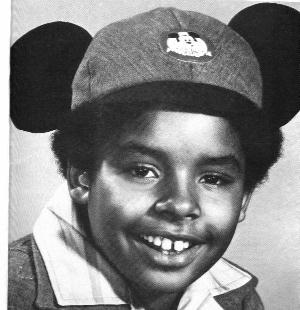 Happiness is a part in a Disney movie. That's what eleven-year-old Billy "Pop" Attmore said when he made his movie debut in Walt Disney Productions' "Treasure of Matecumbe." Now he is doubly happy, since he has been chosen to be a new Mouseketeer on the "New Mickey Mouse Club."

Pop was born in Landstuhl, Germany, where his father, William Henry Attmore, was with the U.S. Army. An attractive outgoing child, Pop was three when the family went to Los Angeles and his mother, Monika, took him to a casting agency there. The gloss was hardly dry on his photographs and film test when Attmore senior was transferred and the family moved to Utah.

"I took up singing and dancing," Pop said, and at the age of four he began his career tap dancing in Las Vegas. Three years later the Attmores returned to Los Angeles and Pop hit his stride in television shows and commercials.

An exceptionally bright youngster, Pop is a member of the Gifted Children's Associates. He was found to have the intelligence quotient of a twelve-year-old when he was six. He is a year ahead of himself in school, and he tutors lower elementary-grade children in mathematics, his favorite subject. He is adept at chess, and is learning to play guitar, drums, bongos and harp. Musically oriented, he is the mainspring of a juvenile dancing group called "The Seven Wonders." An active member of the YMCA, he loves sports, particularly basketball. He intends to continue acting, but he also considers the possibility of becoming a doctor someday.

Due to his fondness for soft drinks, his nickname is "Pop." Success has not spoiled Billy "Pop" Attmore. "He is just one of the kids at school and a regular boy around the house," says his mother.

"He has a normal family life, no different from anyone else's. We want him to be happy. He is. We don't want his ability to go to his head. It hasn't." Pop's credits include Walt Disney Productions' "Treasure of Matecumbe," "Two-Minute Warning" for Universal, and the television shows, "Cher," "Flip Wilson Show," "The Brady Bunch" and the Dick Cavett Special "Backlot, U.S.A."

Pop resides in Pasadena, California with his parents and fourteen-year-old sister, Rose.