Secord is not a name that you hear of in the Gaspe. There was only one lady with this name but she was the matriarch of the Beebe/Chatterton lineage which connects to many Gaspe families.

The earliest known ancestor was Ambroise de Sicar. Most of the following information about him comes from "Biographical Sketches and Index of Huguenot Settlers of New Rochelle 1687-1776" by Morgan H. Secord.

Amboise de Sicar  was a native of La Rochelle, France. He owned a small vineyard which to supplimented his income as a "saunier" or salt maker. 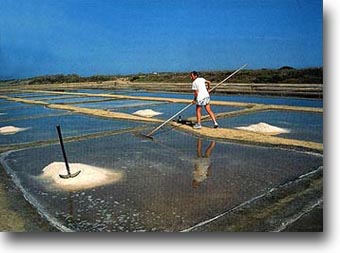 This is a photo of a modern day French saltmaker


La Rochelle was a city where France's Protestants could practice their religion under the protection of the King and the Edict of Nantes. The revocation of the Edict made La Rochelle a target for anti -Protestant forces. How and when Ambroise and his 5 children left France is not known. A distant cousin in Norway wrote me of stories she had heard that Huguenots had to sneak out of France hidden under the floor boards of the boats that loaded the large ocean going ships.Others hid in barrels mixed amongst shipments of wine.
The French soldiers knew of the plans to sneak out of the country in wine barrels and boarded ships leaving for the New World. They drove their spears through some of the barrels. If wine poured out a stopper was used to plug the hole. If blood poured out the top was ripped of the barrel and the poor soul finished off. I have no way of knowing if this is true or the product of someone's vivid imagination.

The de Sicars eventually arrived in New York. The eldest son, Ambroise de Sicar Jr. , was in New York by the fall of 1688 and in New Rochelle by l692. So many Huguenots settled in the area immediately north of New York that the settlement took the name of their old home, New Rochelle. A church was built and for the next 50 years records and I suppose services were performed in French. The first entry in the church records is for the marriage of Amboise de Sicar to Jeanne Perron.

The story goes that the de Sicars got tired of Americans mispronoucing their name and anglised it to Secord by moving the d from the front of their name to the rear. Another story  is that the Secords who lived on the east side of the Hudson river remained loyal to the King when the American Revolution started. Family members on the west side of the Hudson were called Secor and joined the rebels in fighting the King.


THE SECORDS AND THE AMERICAN REVOLUTION

Ambroise Secord Sr. died about 1712. He left behind his 5 children. His son Daniel married a Dutch woman by the name of Catherine Woertman and they had several children including Daniel Jr.
Daniel Jr. married a woman of Huguenot extraction by the name of Catherine Mabie. They had 12 children including a girl named Marie or Mary. Mary may have been a twin. Birth records are non-existant but Mary is believed to have been born in 1736 in Cortlandt Manor, Westchester county, New York. She is said to have been raised in New Rochelle.
Girls married young in those days and Mary was no exception. Sometime around 1755-l760 she married a Capt John Krookston or Crookston. She may have had one son John Jr. Nothing more is known about the captain except that "he died in the Indian wars". I take this to mean that he died between l756-l763 during the French & Indian War or the 7 Years War.

Mary met and married next, Joshua Beebe. This is the union that produced the Beebes of the Gaspe and southern Ontario. Joshua was born in l738 in East Haddam, Connecticut.There is some confusion as to whether they married in eastern Connecticut or in present day Pennsylvania.Connecticut at this time included Pennsylvania.

Six children were born in Ashford, and Susquehanna Valley that we know of; Adin, Amasa, Asa, Charlotte ,Sarah and a son Secord.

Mary's brothers all fought on the side of the King. Joshua joined Col. Butler's Rangers, part of the Indian department of the British army.Adin, their eldest son also joined Butler's Rangers. Nothing is known about his military career except that he died in 1779. Mary's testament for Loyalist claims states that Joshua died while taking urgent dispatches to New York City. He died of small pox. Mary, a widow with 6 children, is believed to have fled to Niagara. Members of the Secord family were there. She then removed to Yamachiche near 3 Rivers (Trois Rivieres)Quebec. A refugee camp was established there for the women and children of soldiers fighting in the war. Mary met Christopher Pierson there. Mr. Pierson was an Englishman who had lived in New York for a few years. His wife had died leaving him with two daughters. He had been released from military service and worked as a rations officer at the camp for this reason. In 1781, Mary and Christopher were married in the Garrison church. Mary took this opportunity to have her children baptised. The records are written in French. The chaplain at the Garrison was a Swiss Protestant. He had been brought over by the British with the hopes of converting the French Canadian population to the Protestant sect. To Be Continued 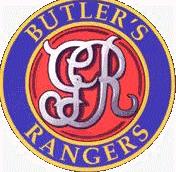