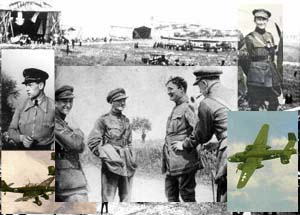 This Air Forces of the World during World War I and II site owned by John McLeod.
[ Previous 5 Sites | Skip Previous | Previous Next | Skip Next | Next 5 Sites | Random Site | List Sites ]

Welcome to my Web Page

This is a brief page on the Belgian Air Force during the Second World War. This page might not have all the information you want because there are hardly any resources out there. If you have a web page I'd be honored if you made a link to this site on it. I would like to thank Diane Top for giving me information for this page. 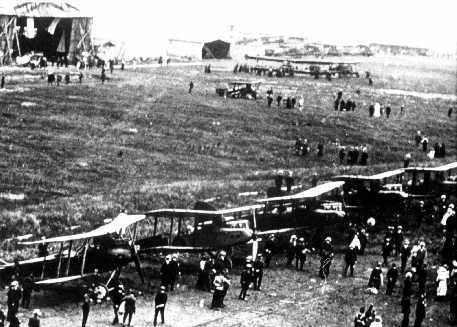 Evere Air Force Base during 1919

Sometime in the 1924-29 period the Aeronautique Militaire acquired 98 aircraft from foreign sources of similar types. The Aeronautique Militaire eventually got to 8 groups containing 29 squadrons (4 Balloon station, 6 observation, 4 Army cooperation, 5 Fighter, 3 reconnaissance, 4 Technical, and 3 for training). These groups of aircraft were stationed at Zellick, Goetsenhoven, Evere, and the training school squadrons moved from As to Wevelgen.

The groups of aircraft turned into 3 regiments in 1926. Because of severe budget restrictions 1 of the regiments was decommissioned, 2 more regiments came at the end of 1929.

After that, the Air regiments (still part of the Army) had 1,990 personnel, and 234 first line aircraft (36 of them were trainers). In 1935 Aeronautique Militaire became one of two parts of Commandement de la Defense Aerienne du Territoire' (D.A.T.) (the other the anti-aircraft organization).

Because of the budget the staff decided to upgrade aircraft, even though 50 Fox IIIC machines were delivered between 1935-37 and 46 Fox IVR reconnaissance planes came in through 1935-36.

Licensed builders (Ateliers Renard in Evere) built 10 R31 prasol-type monoplanes, and 26 others were built by SABCA between 1935-37. Also, 22 Gloster Gladiators were bought from Britain in 1938, 2 FOX VII were ordered in September 1938, and in 1938 20 Hawker Hurricane I fighters were delivered.

Also the Belgians ordered Brewster Buffaloes from the U.S. On the day of the invasion the DAT had 11 groups containing 73 squadrons stationed at Deurne, Goetsenhoven, Bierset, Schaffen, Nivelles, and Evere Air Force Bases.

The First Fiats in Neville with a Fairey Firefly in the front.

back to top of page