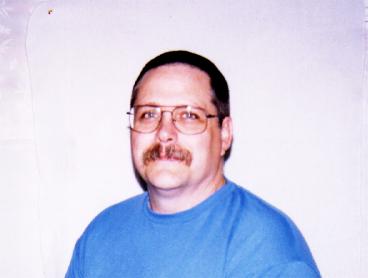 Hello!! Thanks for stopping by! Allow me to tell you a little bit about myself.

I was born in Saskatoon,Saskatchewan on December 27,1956. My father was in the Canadian Armed Forces and was currently stationed at Camp Dundurn,Sask. Shortly after I was born,our family was transferred to Regina,Sask. Understandably so,these first few years are quite fuzzy in my memory. Our next posting was at Whitehorse,Yukon Territory in Canada's north. This time of my life does have some memories. I remember what beautiful country it was and I remember the good times I had with my little friends and the camping trips that we took as a family. Our next posting was to Edmonton,Alberta. Here is where I attended grade one. Again about all I remember is playing with my friends.

Just as I was to enter grade two,my father accepted his final posting back to Camp Dundurn and we settled in Saskatoon. I attended Thornton Elementary School in the city's Exhibition area. Like most kids who lived in that area of the city,my fondest memory was during exhibition week when the bunch of us would "hop" the fence and wander the exhibition for hours.

When I was to enter grade five,my parents purchased a home in the city's west end. I attended Caroline Robins Elementary and then later Mount Royal Collegiate Institute. I graduated in 1974 and went straight into the work force. I held a couple of jobs until I was able to settle into a position with the Canadian Federal Service working at Canadian Forces Station Alsask,Sask. about two-and-a-half hours west of Saskatoon. During that time I would transfer among departments and work about a year and a half at the Saskatoon Airport as an equipment operator in the airport maintenance section.

In 1980 I felt I wanted to learn a trade,so I enrolled in Kelsey Institute of Applied Arts and Sciences. There I took the Retail Meat-cutting course where I was presented with the academic achievement award. But I was soon to find out that learning this trade and using it were two different things. I very quickly became bored with the trade and wanted some excitement in my life. That is when I would follow in my father's footsteps and I joined the Canadian Armed Forces.

I took basic training in Cornwallis,Nova Scotia. When I was done I was posted to my Regiment that at the time was stationed in Calgary,Alberta. I would train to be a driver for the Lord Strathcona's Horse(Royal Canadians),but before I would get a chance at driving the armoured fighting vehicles,I was given the opportunity to become a gunner. Just after the completion of my training,I took part in a gunnery competition in Gagetown,New Brunswick. It was there that I placed fourth in Canada for the type of weapons that we used in the Cougar fighting vehicle. During part of my time with the Armed Forces, I was stationed at Canadian Forces Base Suffield,Alberta working in the Range Control Section.

In 1987,I was released out of the Forces and returned to Saskatoon. This is where I met Cathy,we were married about a year and a half later. Currently I am employed in Saskatoon at Custom Courier Company as a owner-operator driver. I also have my own business called Prairie North Internet Business Solutions, a web site design and hosting company. My time is spent working in the yard,surfing the net and spending time with my family.

I would now like to take this opportunity to thank you for sharing a part of your day with me and please feel free to check out my family's pages. See you later!!

Kevin's Page has been visited

Have A Look At Our Guestbook