times.
Welcome To Robs Playwriting Page.
If you're looking for Canadian plays look no further. Although I grew up in England I now reside in Ontario Canada. I have written several plays and a few Screenplays. I'm fortunate to have had some of my plays produced here in Ontario, Canada, North America and Australia. My most successful work so far is FROZEN DREAMS about the homeless in Toronto Canada, Christmas 2003. The audience reaction was incredible! We took it the Hamilton Fringe in June where it received the title "gem of the festival" If you would like to read the review from the media go to my Frozen Dreams page and take a gander. In the fall of 2005 we produced a new musical SLAINTE. I wrote the play and Paul Crough wrote the music and songs. It's a story about of an Irish family and their struggles when they arrive in New Brunswick at the time of the potato famine (1848). The story is funny, dramatic and heartbreaking. The music is brilliant and memorable. It was so successful we restaged it in June 2006 back at Showplace, where again we sold out for 3 more shows. I have synopsis and links to my plays with a few scenes from each one to give you an idea of the dialogue etc.

THE MOUSE HOUSE competed in the EODL festival in Ottawa where it won 10 of the 16 awards including Best Production. It then wenton to represent Eastern Ontario in The Theatre Ontario Festival in Sault Ste Marie in May 2012.

The Theatre Ontario Festival was May 2012. The Mouse House won 7 awards including the Outstanding Festival Production. I won the directing award. Our young Matthew Aaron Finlan (Troy) won best actor. The other two men in the play Terry Novak (Thomas) and Jack Roe (Carson) were nominated for Best Supporting actor and Best Actor. We also got Best Set, sound design, Set dressing and Props and Oustanding visual presentation. There was a total of 82 plays that competed in the festival, some of them were excellent. What a ride it was. I still can't get over the fact that something I wrote won this festival.

After the tragic loss of two family members I was unable to write for a couple of years but now I'm back at it with a vengeance. I have just completed my 4th play written in 2015. The first is called THAT'S THE SPIRIT. Then A PERFECT MATCH. A LIFE BEFORE. And I rewrote my play GREAT EXPECTATIONS. I'm currently working on a play about the nineteenth century female serial killer Mary Anne Cotton.

I am now published through LULU where you can check out my works. www.lulu.com. If you are interested in any of the plays for future consideration or would like to chat about playwriting please E-mail me at r_ains@hotmail.com 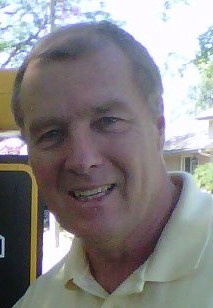