In the beginning there was only darkness and those few who existed lived without love, passion, or beauty. But then some cosmic entity pressed play and a bright shining image spread across the universe bringing joy to those hearts who grasped the truth and salvation to those who chose to follow that righteous path. Many false prophets have come in time, but this is the dawning of a new era. The dawning of... 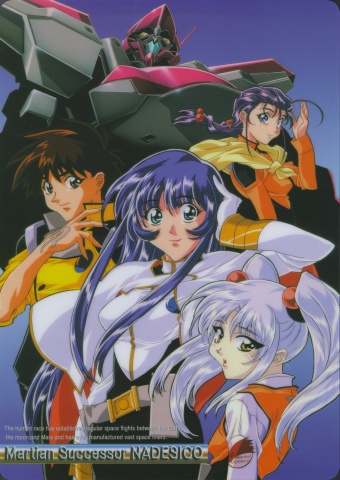 For thousands of years humanity has awaited something true to guide it through eternity. Now, only in the past century has such a briliance been available to the average human. I am Tenkawa Akito, an arrogant priest of the new faith, and I am here to help both those who stand unwary of their peril and those already treading the true path on their way to destiny! Me and my many descendants will dedicate our lives and our very beings to spreading anime to the far corners of existence and to live with the special mindset known as the "Soul of Anime."

Feel free to tour this monastery's temples and services.

The Hall of the Chosen
Friends, Songs, and Images from Tenkawa Akito's own ongoing journey towards the "Soul of Anime."
Writings and Histories of the Anime Dynasty
Records and philosophical works written by Tenkawa Akito as he continues his quest towards animization, known as "Fanfics" by those in tune with the music of the spheres.
The Secret Rites of the Anime Dynasty
Describing the history, goals, and motivations of the Anime Dynasty and Tenkawa Akito, as well as attempting to answer the question "Why does this exist?"
Beyond The Dawn
While the Star of the Dynasty is rising, there is still far to go. Travel to other lands can expand the mind and the knowledge of any Otaku who walks the holy path. These links to will point the way.

Please contact me at ruri_ruri@hotmail.com. It elates my spirit to communicate with other Otaku. Oh, and please sign what laymen call my "guestbook."

Leave your mark for future pilgrims.

Discover the others who have already passed this way.
Let the universe behold!

souls have begun the journey towards true Otaku-dom and the "Soul of Anime." Pity these ones for the hardships they will endure!