STONES IN THE UK 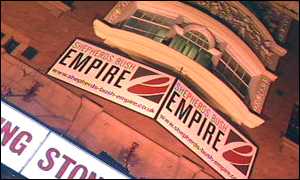 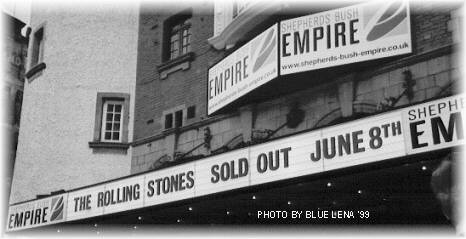 We (myself, Elizabeth & Graham) were tipped off as to the proposed location of ticket sales for the "secret" club gig a few days before it happened & then while at the show in Sheffield, were told to leave during the B set to queue up for a great place in line. Of course, getting into Shepherd's Bush was for me & my friends, the Stones dream come true of a lifetime & we would do ANYTHING to get those tickets. But, we didn't leave during the B stage set of Sheffield, I didn't fly all the way from the US to miss a single minute of Stones live music, greatest hits or not. So, we left Sheffield, drove to our friend's house in Cambridge, called another friend who was in line & he informed us that at 3am there were already around 70 people in the queue. This caused great panic, so we gathered food, water & umbrellas & jumped back in the car and headed to Picadilly Circus in London, making it into the Towers Records queue at 4:30am, as numbers 111, 112 & 113 in the line.

The long 6 1/2 hour wait went by fairly quickly, all except for the last 2 hours, which dragged on & on as it began to rain briefly. It always amazes us that due to the internet we have met SO many Stones fans worldwide, that when we go to a show, or are waiting in line for tickets, we seem to know half the crowd! So there was plenty of opportunity to chat. We gave a big cheer when barriers finally arrived in a truck, to make the line more orderly. There were a few folks who arrived late & jumped the line, but not many. And, there were those who arrived very late & got at the end of the queue & by the skin of their teeth made it inside for a ticket & wristband. We were happy for all those who made it & sad for those who had traveled all that way & didn't get this rare chance. 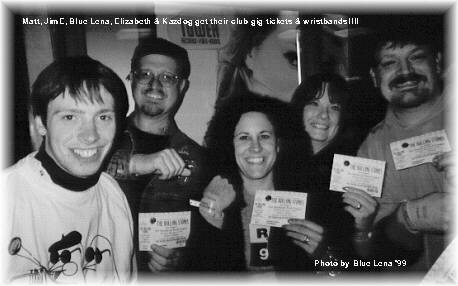 Some of our friends went immediately to Shepherd's Bush the next morning to queue up for front row, we arrived around 5 to find at least 200 or more people already in line. Bernard Fowler was having a beer in the pub as we waited & I got to say hi to him briefly. News crews & cameramen were all about interviewing fans & taking still photos & video. The anticipation of what was to come was hard to bear, knowing that in a few hours we were to be in a small club with only 2000 lucky people, 1500 of them fans, the others invited VIP's. Due to paranoia, I must have checked to be sure I still had my wristband & ticket at least 50 times in 24 hours! And there were still pently of scalpers asking to buy or willing to sell for a much as 1200 pounds! 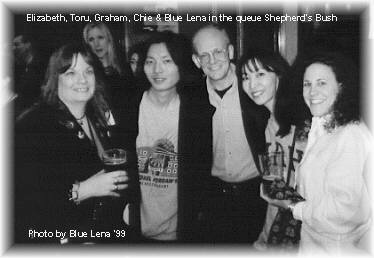 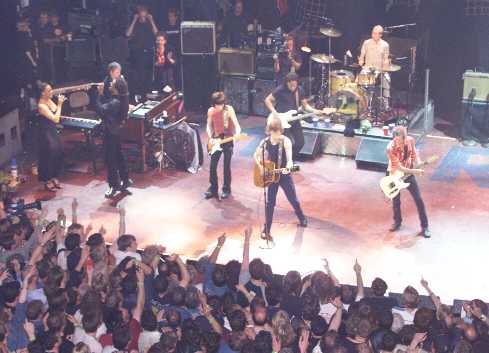 When the doors finally opened, a bit later than expected, we went immediately to the t-shirt stand for fear the shirts might sell out quickly. We bought one of each shirt & then took our places in front of Keith, 5 people back from the stage. Again it was difficult to wait even for Sheryl Crow to open the show, as she didn't come on until quite late. She played a nice set with only a few jeers for "no more" or "we want the Stones". Finally the moment had come...Ladies & Gentleman, The Rolling Stones!!! The crowd erupted & we were literally almost crushed to death & thrown off of our feet by the pushing & shoving towards the front of the stage. Now I can see why some bad things happen in large crowds such as that. One guy to the right of us passed out & we had to lift him over our heads to a security guy on the left. Other than the constant crush, we were quite annoyed with some fans who tried to get to the front after getting inside late & were willing to do anything, including injure people to get there. After all, many people had queued up all night to be in the front, so they deserved that position. Other than the crush, it was HOT, by the time we left we could wring the sweat out of our clothes, so you can imagine the smell down there! 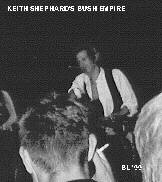 For the first 5 songs I could barely pay attention because I was in fear of my life almost. And, even though we were only several feet from Keith, unless you were around 6 feet tall it was almost impossible to see the stage. I joked "it's a great show, can't wait for the video!". Nice to hear them start off with Shattered & then All Down The Line which I had heard on the NS Tour but was a great one to hear again as well. Songs 6 through 10 in the setlist blew me away, literally. These were the reasons we queued up all day to be here-a brilliant first attempt at Melody, then a favorite rarity from the No Security Tour, I Got The Blues, a to die for version of Moon Is Up, another Voodoo Lounge rarity Brand New Car and a Saint Of Me where the crowd led the band instead of vice versa! Sheryl guested on Honky Tonk Women as she ended up doing at all the UK shows. Keith did Silver, my favorite officially released Keith track, but he had a bit of trouble recalling the lyrics that night! A rocking Before They Make Me Run and the usual Hot Rocks portion with the NS B stage fave Rt. 66 thrown in. When I could see the boys, which was rarely mind you, they looked like they were having a great time. Of course the fans were in heaven & then we had all the celebrities just above our heads, like Aerosmith, Liz Hurley, Jimmy Page, Bob Geldolf, and all the Stones families. Mick even made the comment about "wives & ex-wives...and that's just Charlie!" as a joke.

When the gig ended, we were bathed in sweat, parched, but elated. We had been there, we had seen our dream gig of a lifetime, the Stones in a small club, we could die happy. And we still had two Wembley shows to go!!! 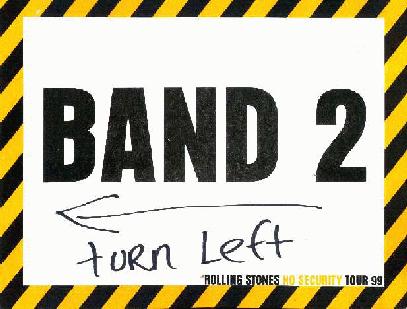 CHECK OUT MY OTHER ADVENTURES WITH THE STONES IN THE UK! 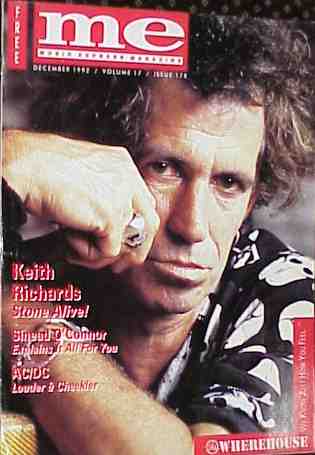