I finally found time to scan and document my prized copies of Flower Scene, an independent British music magazine which existed 1967-68 and is rarely seen today. The Lama Workshop has now been expanded with a Flower Scene introduction, content index and some scans for two early issues. Skip Bifferty in the flesh, gov'nor! While waiting for the page to load, here's a small but rare shot of Paper Blitz Tissue who had the great "Boy Meets Girl" 45 (Chocolate Soup vol 2). 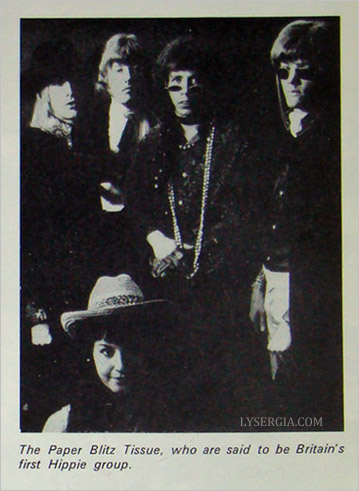