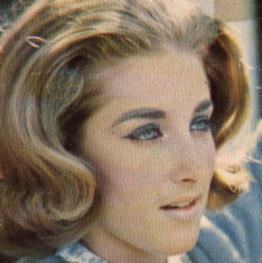 Lesley Gore was born on May 2, 1946 in Brooklyn New York. She was the oldest child of Ronny and Leo. A little while after Lesley started kindergarten her family moved to Tenafly, NJ, where she and her brother, Michael grew up.

From a very early age Lesley showed great interest in music. Even at an age when she did not have any reading skills, she would sift through 45's and pick out her favorite songs just by the color of the label. Because of her constant interest, when Lesley was fifteen her parents sent her off to get professional vocal training.

Every now and then Lesley would sing with her cousin's band. One night while performing at The Prince George Hotel, Lesley's talent was discovered by the president of Mercury records, Irving Green. Green rushed Lesley into recording a few demos and sent them around the company for everyone to hear. They all agreed Lesley had something and introduced her to producer Quincy Jones.

Quincy Jones and Lesley Gore made a great team. With his great production skills and Lesley's voice, success was fate. After a night of the two searching through demo records, Lesley picked out a song. The selected tune was "It's My Party" and after the song's release, it topped the charts. The nation was won over and crowned Lesley "Princess of Rock 'n' Roll.