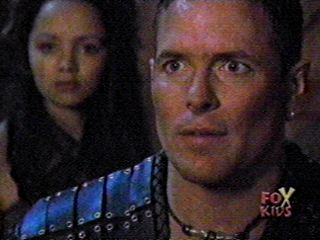 Chris was working as a freshman World History honors teacher in Fort Lauderdale, Florida, at St. Thomas Aquinas High School. He also coached the defense of the freshman football team. I'm not certain whether he's still doing that, but it's a very noble profession. Good for him. I bet he is/was a great teacher. I have heard from many of his students who seem to think he is. I never had a teacher that looked like him!

Rumor has it that Chris is also a musician!

Chris played the extremely handsome young Jason in the Young Hercules episodes. And boy do I like the choice they made! I think Chris made Young Jason very popular, very fast. I'm even willing to overlook that now it seems Jason was probably about 11 when he and Alcmene first hooked up!

Winner Takes All -- All I can say is wow!

Amazon Grace -- Even if the show wasn't pretty good on its own, Young Jason would make it worth watching.


Pictures from the other episodes will be up soon!

Mortal Kombat: Annihilation -- Chris had a minor role in this movie.

Back to Actors, A-M

Back to Charactors, A-M

Back to Xena/Hercules Hunks Main Page