Ten does not think that his biographical details are of great importance, and he releases this information with great reluctance.

His work has a chance of limited survival, his body does not. Ultimately, his mind, his eyes and hands were only instrumental in producing this work.

A limited amount of information is available in "Who's Who in American Art" under the listing of "Ten". 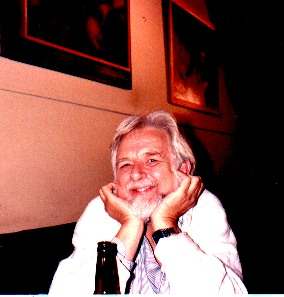 Ten entered this world as a blue baby gasping for air, his face covered with a veil.
This happened in the isolated rural area of Marienberg in the province Overijssel in the Netherlands, on Pentecost Sunday, June 8, 1930, while a severe thunderstorm was raging, and two heifers were killed by lightning within a mile's distance from home.
Ten has been a permanent resident of the United States since 1955.