Jorge Aguilar "El Ranchero"
A dark and brooding figure in the ring, El Ranchero brought a sober artistry to the bullfight in the 1960s. Like Curro Rivera, he died unexpectedly from a heart attack while caping small bulls on his ranch. 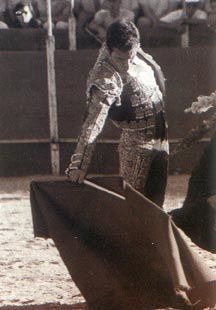 J.L. Barrero
A Spanish matador of rising acclaim, this bullfighter has turned in several fine seasons and been contracted on a regular basis in numerous bullrings, but has yet to rise to true stardom. Nevertheless, he is a complete and willing performer. 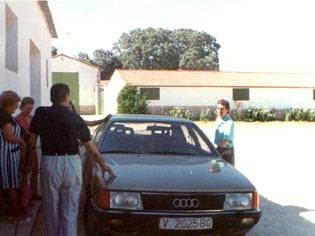 Manuel Vidrie
Seen getting into his car on his ranch near Guadalajara, Spain, Vidrie was a master in the art of rejoneo, fighting bulls off horseback, and highly regarded in the 1980s. Andres Sanchez
A Spanish matador who atarted gaining attention for himself in the late 1990s, he continues his campaign at the present time. 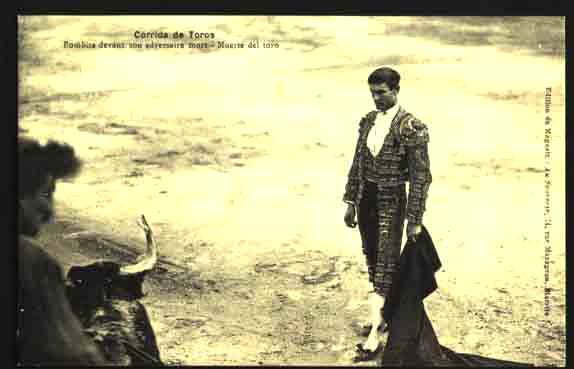 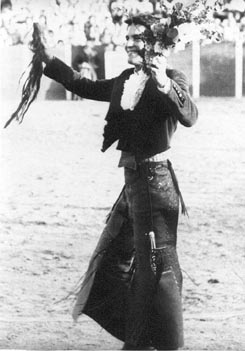 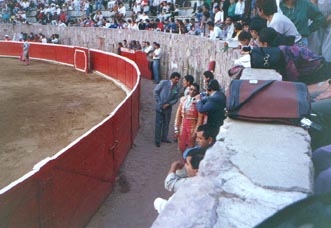 Pepe Alameda
Seen in the jacket with headphones on speaking to matador Rafaelillo, Pepe Alameda was perhaps Mexico's most beloved bullfighting commentators, right up to his death. He also authored several books on the bullfight. 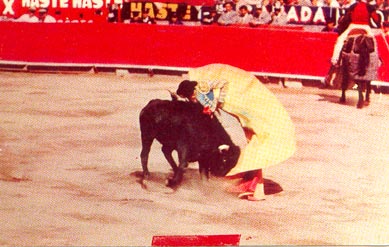 Raul Garcia
From the 1960s through the early 1970s, Raul Garcia was a popular Mexican matador, especially along the border. He was flashy and colorful, with a great talent for the banderillas. After retirement, he became a promoter. 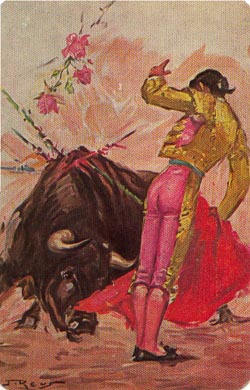 Carnicerito De Mexico
Jose Gonzalez "Carnicerito De Mexico" was a brave, but often gored, bullfighter who appeared many times with the great Manolete. A few weeks after Manolete was killed in Spain, Carnicerito was himself badly gored in Portugal, his injury remarkably similar to his friend's. Somehow he figured destiny had chosen him to relive the Cordoban's fate. "Watch me," he mouthed in the hospital. "I am dying like Manolete." And so he did. 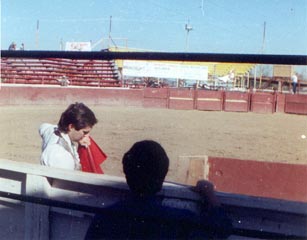 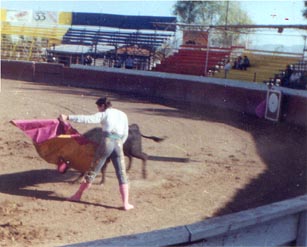 Tracy Viser
Tracy Viser of Texas appeared for several seasons in northern Mexico, but like many other American bullfighters, could not defeat the political problems which kept him from going further in the profession. Such was unfortunate, as he was good with cape, banderillas, and sword. 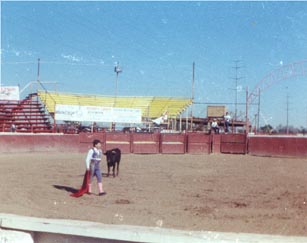 Longino Mendoza
Longino Mendoza of Monterrey did well in the Mexican rings in the late 1970s through the mid-1980s and was especially known for his work with the banderillas. 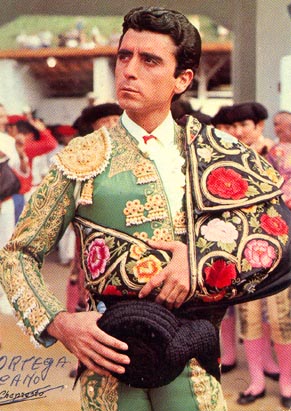 Ortega Cano
Jose Ortega Cano was one of the unquestionable aces of bullfighting in the 1980s, though he suffered many bad gorings in his career. Rogelio Chavez
Coming from a small village in Michoacan, Mexico, Chavez sought stardom and found it not as a matador, but as a picador of much credibility. He spent several years helping matador Francisco Doddoli. 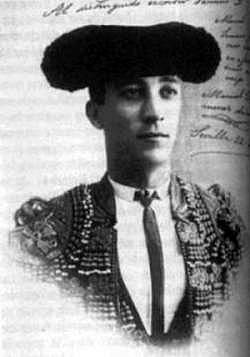 Chicuelo
Manuel Jimenez "Chicuelo" was a Spanish matador best known for his creation of the chicuelina pass ... enveloping himself in the big cape. He was a magnificent matador with the lure, but poor with the sword. Nonetheless he became a pillar in bullfighting history. 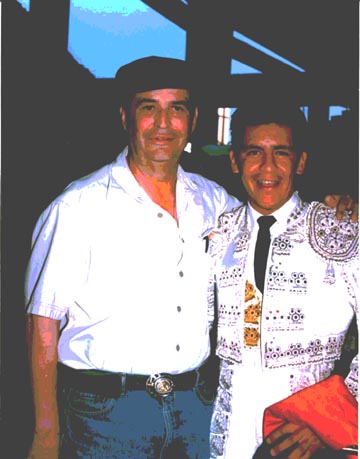 Ernesto Gutierrez
Ernesto Gutierrez, seen here with matador Zapata, works as a teacher and basketball coach in El Paso, Texas on the weekdays and as a bullfighting corrspondant on the weekends, with an emphasis on activity in Ciudad Juarez. His writings are widely seen in print and on the net. He is respected as a capable writer and historian. 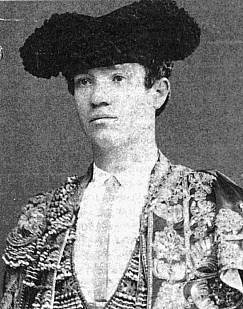 Valentin Conde
Valentin Conde was a novillero active in Spain who supplimented his career by writing bullfighting columns for varied papers. In 1899, he was gravely gored while passing the bull on his knees in the village of Prado, and died a short time after being caught on the horns. 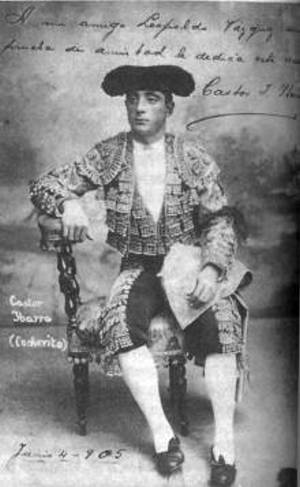 Corcerito
A basque bullfighter from northern Spain, Corcerito hailed from Bilbao and gained recognition for courage during the early 1900s. He was especially known for his work with the sword. He eventually retired from the bulls and died in a small town in the province of Madrid from natural causes. 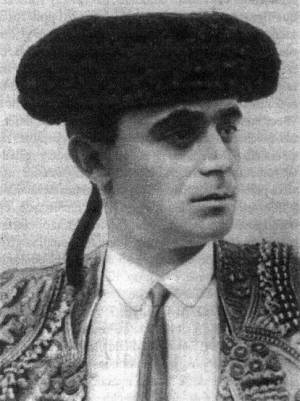 Machaquito
Cordoban matador Rafael Gonzalez "Machaquito" survived a long career with the bulls and lived to retire, dying from natural causes long after the fact. A sound and dominating matador, he was especially known for his work with the sword. He was one of the most unerring killers of all time (a character trait of matadores from this city.)