Emilio Rodriguez
Emilio Rodriguez was a reckless matador active in Mexico in the 1960s. He was especially popular in the border towns and had several fine showings in Nogales, where in 1964, he was also badly gored. 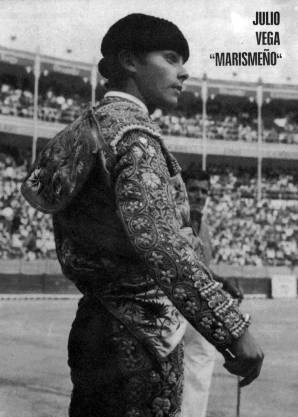 Marismeno
Marismeno was a popular matador in the 1970s, but irregularities in his performances kept him from obtaining true stardom, though he did have outstanding afternoons on occasion in important bullrings such as Madrid and Sevilla. 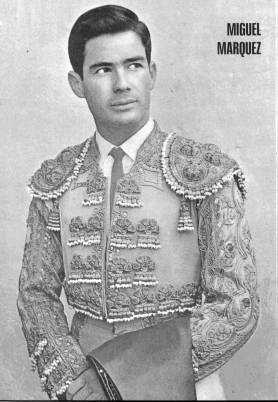 Miguel Marquez
Miguel Marquez seemed destined to take over the vacated throne of varied top stars in the 1970s, but after a spectacular start, started to stagnate. He remained an excellent matador through the 1980s, but never captured the stardom he seemed heading for early in his career. 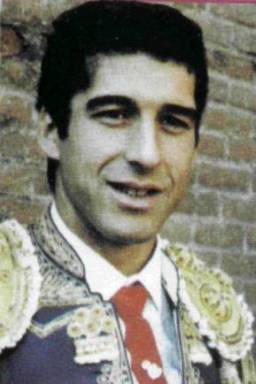 Manuel Cabellero
Manuel Cabellero, a graduate of the bullfighting school in Madrid, proved a dominating figure in the 1990s with outstanding showings in both Spain and Mexico. 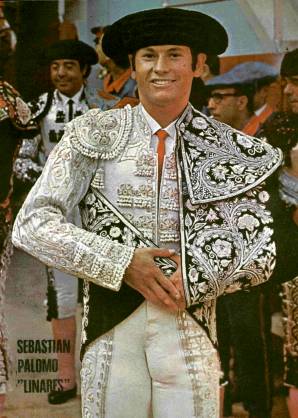 S. Palomo "Linares"
"Linares" was second only to El Cordobes as Spain's leading matador in the 1960s and 1970s and enjoys one of the few distinctions his rival Cordobes never managed, the fact he cut a tail (a true rarity) in the Las Ventas bullring of Madrid. After retirement, "Linares" became a rancher and bullfighting promoter. He also played in movies over the years, most notably Solos Los Dos with Marisol. 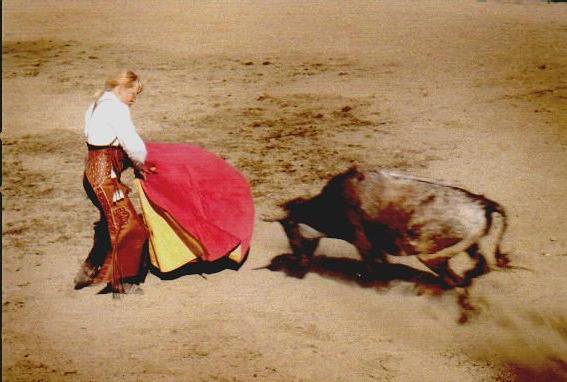 Kate Laflerr
An amateur bullfighter (female to boot) and accomplished artist of bullfighting-related paintings, this woman has done much to promote a better understanding of the bullfight in English-speaking countries. 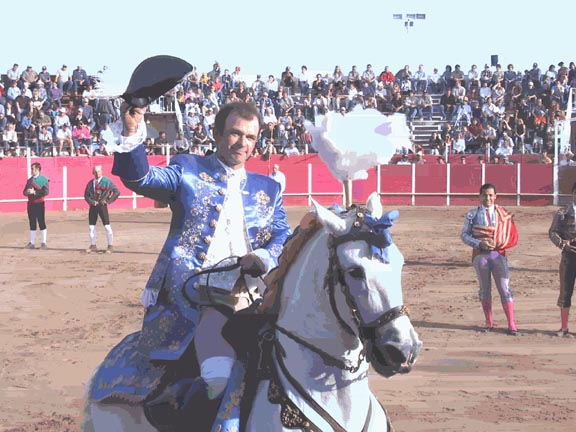 Joey Correai
Beginning his career as a forcado then shifting to performing on horseback as a rejoneadot, Joey Correia has built up a following for himself in bloodless bullfights in the USA, but has also been seen in Portugal, and is becoming quite established in his field. 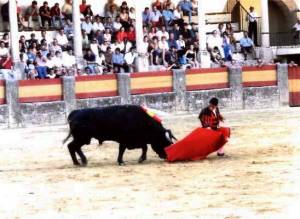 Morenito De Ronda
Morenito De Ronda remains one of the most promising novilleros in Spain, but up to this point has lacked the needed political contacts to really make a splash in bullfighting. He remains a major star waiting to happen. 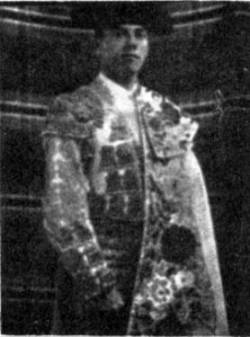 Miguel Freg
Miguel Freg, brother of Mexican matador Luis Freg, was killed in Madrid from a goring in the neck. Even more sadly, his fiance committed suicide upon hearing of the fatal horn wound. 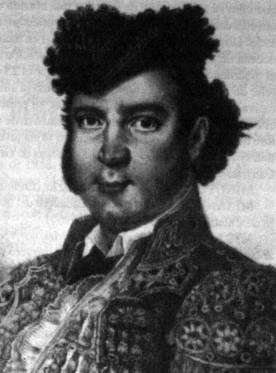 Roque Miranda "Rigores"
A brave, olden day Spanish bullfighter and victim of a tremendous fatal goring which put him in the history books. 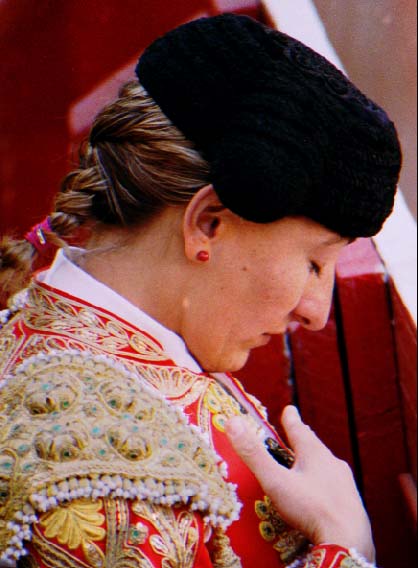 Mari Paz Vega
A woman bullfighter in the tradition of Conchita Cintron, Raquel Martinez, and Cristina Sanchez, this young torera arrived on the Mexican scene in the late 1990s and has continued to gain praise whenever she appears. She has overcome some injuries too, including a broken leg in a bullfight. 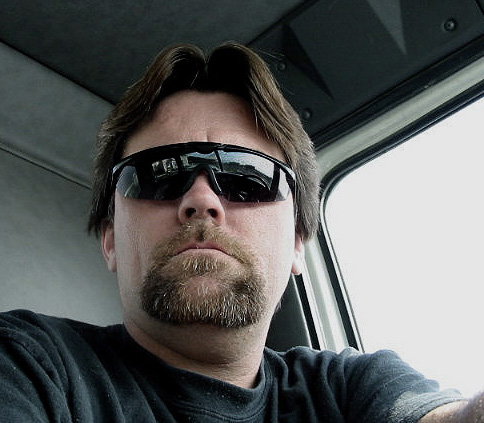 Eddie Holyfield
Eddie Holyfield of San Diego, California is one of the fastest rising new photographers on the bullfighting scene, with most of his work centered around Tijuana. You may see some of his photos on this site and others. 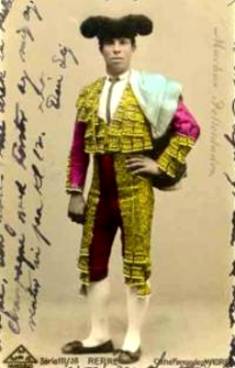 Paco Madrid
Paco Madrid was an effective Spanish matador in the 1920s, holding his own with the likes of El Gallo and Juan Belmonte. He was regarded as a great dominator of bulls. 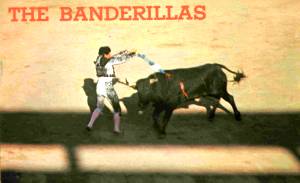 Jesus Belmonte
Jesus Belmonte of Monterrey, Mexico was a novillero in the 1950s, then found his calling working as a banderillero for other men from the 1960s through the early 1970s. He was a mediocre matador, but proved to be an incredible banderillero. 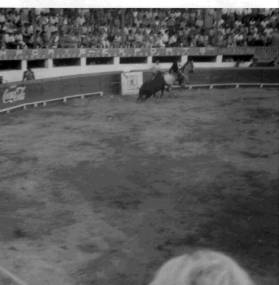 Evaristo Zambrano
Evaristo Zambrano, seen here in Nogales in a 1969 corrida, was a prominent Mexican rejoneador along with his brother Felipe. Coming from Monterrey, the two brothers were regarded as top-notch horsemen and were well-respected throughout Latin America. 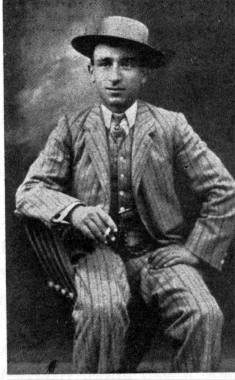 Enrique "Blanquet"
A banderillero from Valencia, Blanquet was best known for his frightening ability to predict death, claiming to smell funeral candles before the parade, just prior to a fatal goring. He predicted the deaths of Granero and Joselito, as well as his own, via heart attack right after a bullfight. 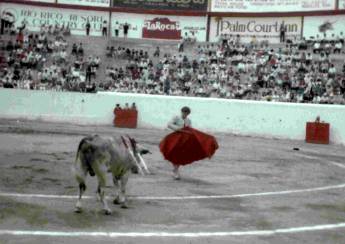 Guillermo Capetillo
Guillermo Capetillo, the son of matador Manuel Capetillo, was a singer and actor as well as a matador de toros, owing much of his popularity to a female following who loved him more for his soap opera appearances in Rosa Salvaje than for his bullfighting. 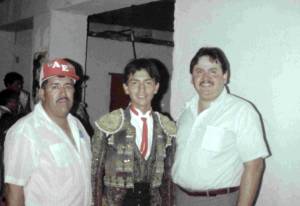 Pancho Leon
Nogales novillero Pancho Leon made some brief appearances as a banderillero and a sobresaliente in Nogales, Mexico in the 1980s, then left the profession. 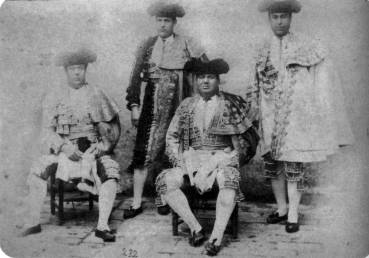 Gordito
Gordito (right, sitting) poses with a group of bullfighters. Gordito--the nickname means Little Fat Person--was known as the antithesis of the typical bullfighter. Not slim, not handsome, and not graceful, he nonetheless possessed great courage in front of the bulls. He was, oddly enough, known for his work with the banderillas and letting the bull come to him, rather than running toward it, when placing the sticks. 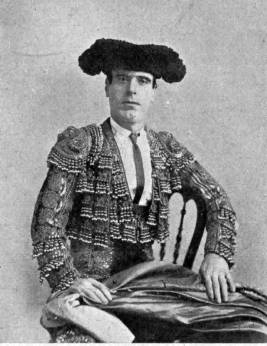