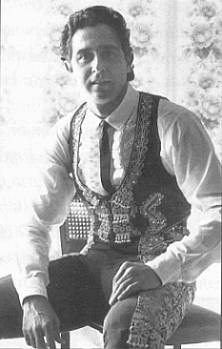 Tomas Campuzano
Tomas and his brother, J.A. Campuzano, were major stars in Spain during the 1980s, known for their extremely artistic style. Both are now retired and devote time to other business interests. 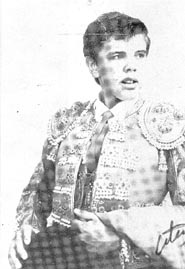 David Parra "Parrita"
The most recent of a long line of bullfighters with this family name, the youngest Parrita appeared in the late 1980s and early 1990s in Spain but never established himself as a major star. 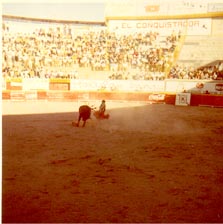 Antonio Diaz
An active novillero in the 1990s, Diaz was brave but lacked control and was often thrown by the bulls he faced. His greatest showing came in Nogales in 1993 when alternating with Chilolo and Silviano Tanori, cutting an ear from each of his animals. 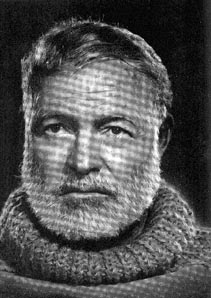 Ernest Hemingway
The celebrated American writer was one of the first to really write about bullfighting in the English language via The Sun Also Rises, Death in the Afternoon, and The Dangerous Summer. He took his own life when his health started to fail in 1961. Several sites related to him may be found in our Links section. 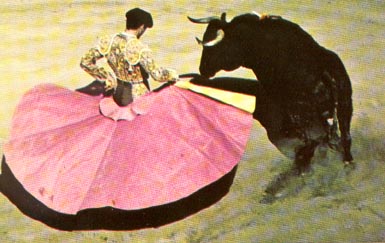 Carlos Neila
A capable and very active Spanish matador, one can learn more about him by logging onto his web page, found in our Links. He is a colorful and flashy matador who has performed several times during the past season.

Curro Romero
A controversial matador with a career that spanned decades was known for both great triumphs and equally monumental failures. The fans often came armed with rolls of toilet paper to throw at him, anticipating failure in advance. As the saying went, though, "It is worth seeing and jeering Curro Romero on twenty bad afternoons, just to catch him on that one good day." On a "good day" where the mood suited him, there was no one more graceful, daring, or artistic. Like Dr. Jekyll and Mr. Hyde, Romero was a "split personality" as far as bullfighting went, but such is the stuff legends are made from. Visit his web page in our Links. 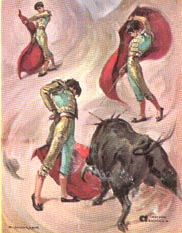 Efrain Adame
An imitator of El Cordobes, Adame might have gone further as a Mexican matador had he not copied his idol so completely in the 1960s. He retired to become a manager in the 1970s-1980s, representing, among others, Jose Ruiz "El Napoleon." He died in early 2004. 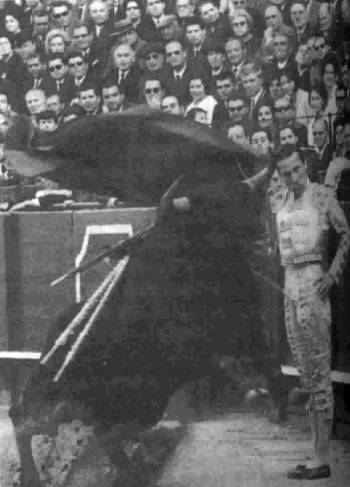 Victoriano Valencia
A popular matador in the 1960s through the early 1970s, Valencia retired to become a manager and promoter of bullfights along with his brother, operating several bullrings throughout Spain. 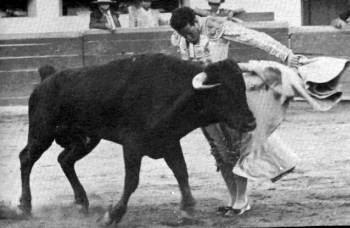 Curro Ortega
Mexican matador Curro Ortega enjoyed a modest career, cut short from a severe leg goring in Tijuana in 1961, which nearly killed him and left him unable to return to the bullring. 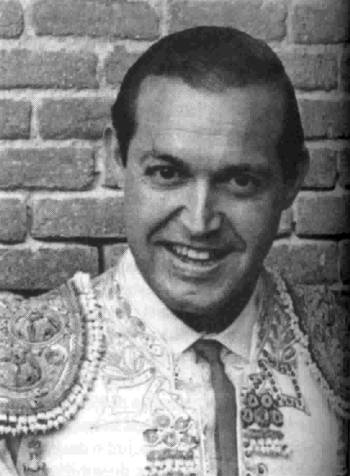 Paco Corpas
Paco Corpas was a decent journeyman torero active in the 1970s who gained somewhat of a following in Spain but could never reach true stardom. 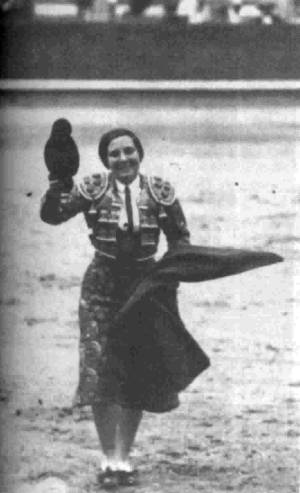 Juanita Cruz
Perhaps ranking only behind Cristina Sanchez and Concita Cintron as one of the world's greatest lady bullfighters, Juanita Cruz obtained success in the world of bullfighting, which is and has always been predominately a society of men. 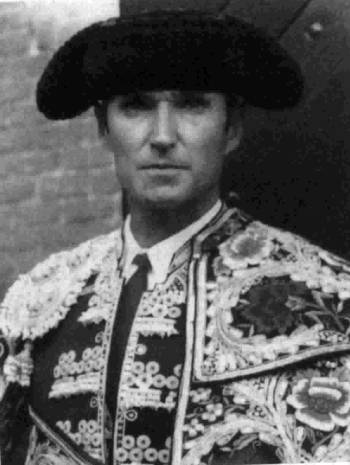 Joaquin Bernado
From the early 1960s through the late 1970s, Joaquin Bernado was a recognized matador who triumphed in both Spain and Mexico. Some of his best showings came in Tijuana, Nogales, Madrid, and Barcelona. Upon his retirement, he served as one of the directors for the bullfighting school in Madrid. 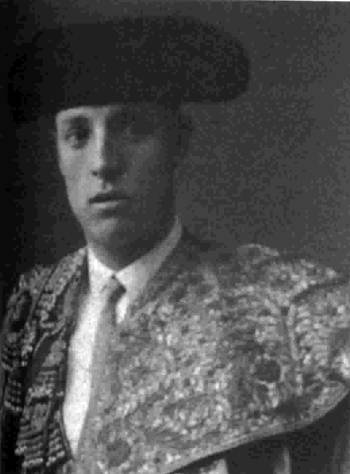 Domingo Del Campo "Dominguin"
Domingo Del Campo, another torero who used the alias of Dominguin, was killed by a bull in Madrid. Some time later, another brother was likewise killed from a goring, leaving the grieving father of the two boys to exclaim to the press, "I curse the bulls. Because of them, I am without sons!" 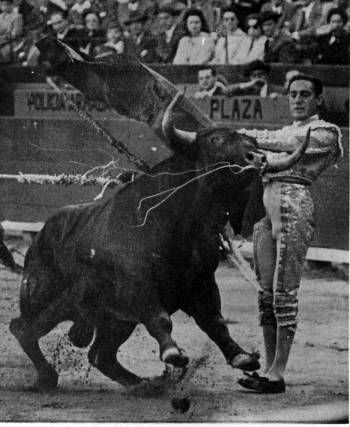 Miguel Baez "Litri"
. Coming from a long line of bullfighters, this was possibly the greatest of the Litri family. Active in the 1950s through the early 1970s, he retired from the bulls to become a rancher and promoter. He also saw his son enter the ring and carry on the family name. During his lengthy career, he was known for his sad, expressionless face, even when in apparent danger. 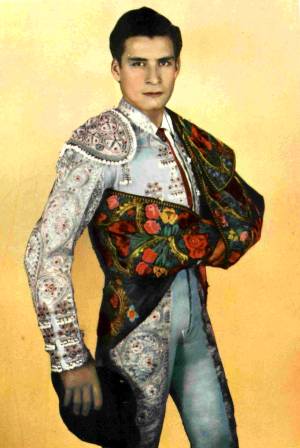 Jesus Cordoba
A popular Mexican matador from the early 1950s through the mid-1960s, Jesus Cordoba suffered many near fatal gorings but came back from death's door to establish himself with a long career. 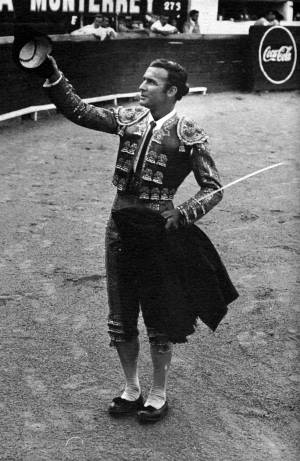 Humberto Moro
Active in the 1950s through early 1970, Humberto Moro was nicknamed "The Man With the Left Arm of Gold" for his long, flowing passes with the muleta. He also took and recovered from one of the worst non-fatal gorings in the history of Mexican bullfighting, in the tiny town of Xico. Not only did he live, but he returned triumphantly to the ring and also saw his son become a matador in the 1970s. 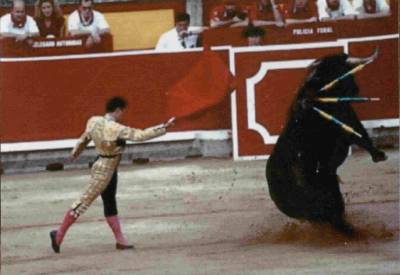 El Conde
El Conde, a relatively new star of the Mexican bullrings, watches as his bull digs its horns into the sand in a frenzied effort to gore something and does a complete turnover. 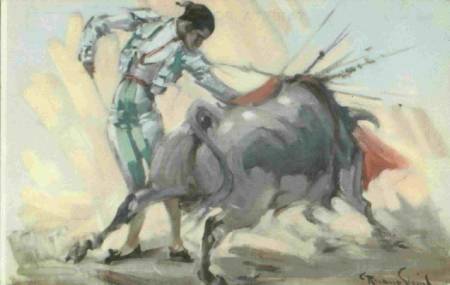 Manuel Belmonte
Lesser known brother of the famous Juan Belmonte, Manuel Belmonte was also a capable matador with the same characteristics and style as his more famous kinsman. Manuel retired to become a promoter of bullfights and a manager of toreros. 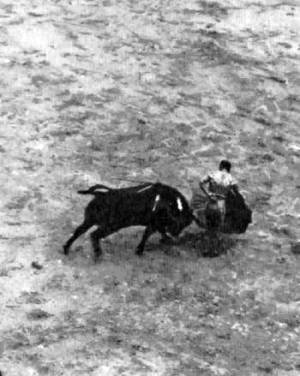 Jose Sanchez "Cassarubios"
Cassarubios was an interesting and unfortunate novillero who worked as a waiter to supplement his income while he strived to gain success in the bullring. After a fairly competent showing in Madrid, he assumed he would be able to sign on for the nearby festival in San Sebastien De Los Reyes where they were keen on using upcoming stars. He wrote several letters to the mayor, who organized the annual festival, pestering city hall until they finally relented and booked him for a novillada. The matador got what he wanted and went to this town just a short distance outside Madrid, to alternate with Rafael Llorente in what he figured would be a pivotal bullfight for him. There, by the third bull of the day, he was gored and killed.

Luis Procuna
From the late 1940s through the early 1970s, Luis Procuna remained the undisputed star of the Mexican bullrings. Not bad for a man who went from being a peasant selling sandwiches on a street corner for money to a millionaire king of the bullring, as well as an actor in films.