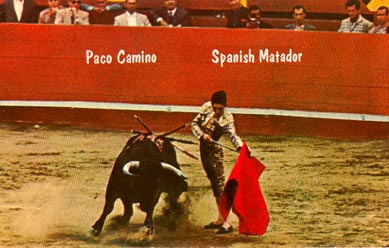 Paco Camino
Artistic and charismatic, Paco Camino was a major star in the 1960s-1970s on an international level. He retired to a quiet life outside Sevilla, but not before seeing his brother, Joaquin, killed by a bull in Barcelona. 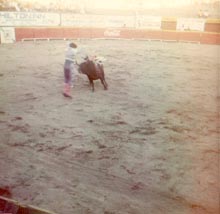 Robert Ryan
No relation to the actor of the same name, this California-born matador had many good showings in the 1960s-1970s in the Mexican rings. He retired, married the widow of Pepe Mata (who was killed in the ring in 1971) and retired to Arizona where he focused on painting. 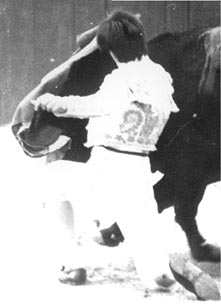 El Glison
Jorge De Jesus Gleason "El Glison" would be one of the strangest toreros of all time. He wore white stockings, as he felt the pink ones looked unmanly, and he refused to wear the bullfighter's hat, as he claimed it looked like a Mickey Mouse cap. One example of Glison's weird antics manifested when, after being thrown by a bull in Juarez, he emerged unhurt, pawed the sand with his own foot, charged the bull back, and pounded his head on the bewildered animal's flank. Since Glison did not have a set of horns, he was unable to inflict an injury on his enemy, but you have to give him credit for trying. Forcados Catolico
This group is one of many forcado groups practicing a form of "bull-catching" seen mainly in Portugal. Visit their Web site in our links for more info on them. 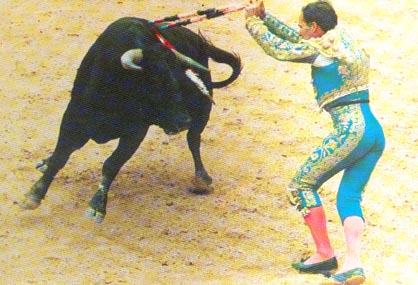 Jose Julio
Seen here placing banderillas, one of his strong points, the Portuguese matador Jose Julio was popular in Eurpoe and Mexico from the 1960s through the 1980s. The last few years of his career were spent almost exclusively in bloodless bullfights in the U.S.A. After retirement, he ran a bullfight school in the 1990s in Portugal. 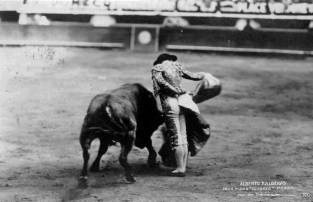 Alberto Balderas
Balderas was known as "The Bullfighter of Mexico," a title basically implying he was a Mexican icon. He was a personable torero and well-liked human being but died from a tremendous goring to the stomach and liver as he went to rescue another matador who was in danger. 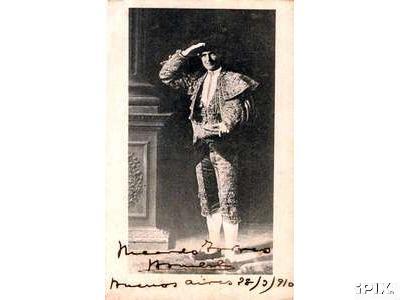 Ricardo Torres "Bombita"
Ricardo Torres and his brother Emilio both fought under the name of "Bombita," though Ricardo was the more famous of the two. Extremely polular at the turn of the last century, he appeared on both sides of the Atlantic and was highly respected for his bravery. 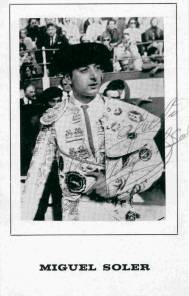 Miguel Soler
A promising torero from Malaga, Spain, this bullfighter showed great promise as a novillero, but faltered as a matador de toros and did not live up to the early expectations people had for him, though he managed some triumphs here and there. He was active in the 1960s and early 1970s. 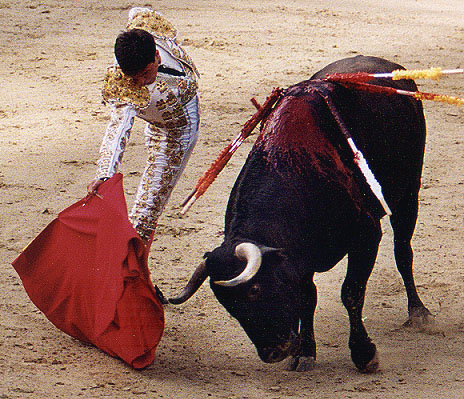 Antonio Barrera
A popular Spanish matador who has turned in good seasons during the past few years, Barrera is a favorite in Mexican rings. He has also amassed a huge following in the border towns, particularly Tijuana. This photo by celebrated bordertown photographer Eddie Holyfield (see links) captures the arrogance depicted in Barrera's style. Note proximity to the horns. Cesar Castaneda
A Tijuana based matador who rose to fame in the 1990s and continues his campaign, he is very highly regarded for his work with the muleta and banderillas. A popular figure in the border towns, he has also been seen in several bloodless bullfights in the United States. 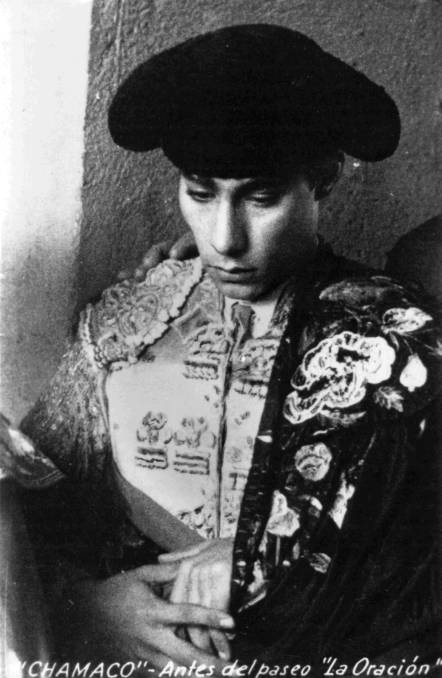 Chamaco
A reckless and unartistic performer, though much acclaimed by the fans, he also appeared in the movie Traje De Oro. Upon his retirement in the 1960s, he became a bullbreeder in Huelva, Spain and asisted his son to become a matador. 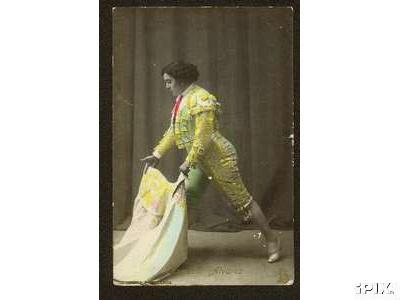 Sagrario Alverez
Old time torero Sagrario Alverez strikes an imposing pose, easy to do with no bull around. In the rings, however, he possessed a certain prowress and courage. 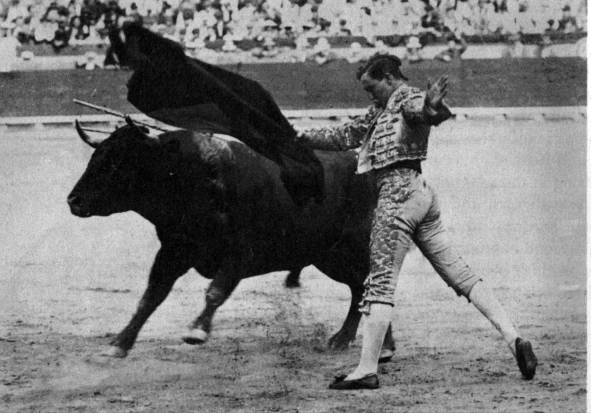 Jose Gomez
Sometimes known as Gallito and other times as Joselito, he was in either case the undisputed master of bullfighting up to his unexpected death in 1920 from a goring in the intestines. Skilled at all phases of the bullfight and with a knowledge of bulls no one has matched before or since, his death came as the result of one split second of carelessness, which caused him to sacrifice his life. 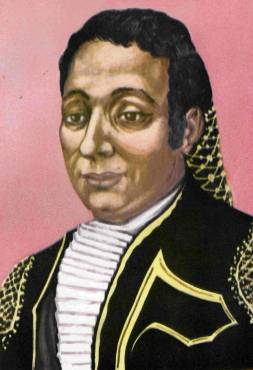 Pepe Hillo
Short in stature but long in courage, he was one of the greatest of bullfighting pioneers. Unfortunately, he was all but gutted by a bull in Madrid, dying within seconds after receiving a goring (keep in mind his short stature) as he placed the sword, which demolished intestines, liver, heart, stomach, and lung. 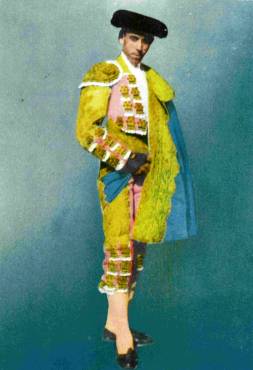 Antonio Montes
A Spanish matador, he came to Mexico and found death rather than triumph, killed in Mexico City while placing the sword in a bull. Candles left unattended at his funeral set fire to the draperies, badly burning his corpse while tribute was being paid to him in Mexico City. When the charred body was sent via boat back to Spain, loading cables broke, dropping the casket into the water. Finally, he was laid to rest in Sevilla where the grave may be seen to this day. 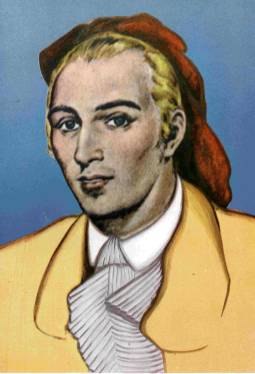 Pedro Romero
One of the pioneers of bullfighting during the 18th Century, the master from Ronda, Spain faced over 5000 animals in his long career, still fighting when in his 70s, without so much as a scratch. 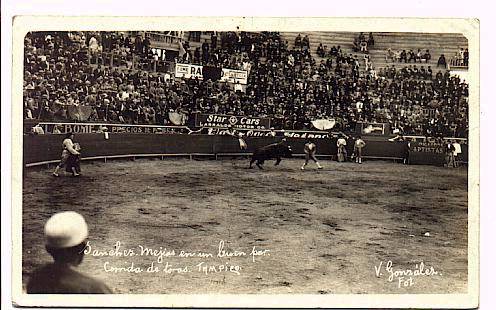 Ignacio Sanchez Mejias
The unfortunate bullfighter on whom the Spanish poet and playwrite Garcia Lorca based his famous poem, Sanchez Mejias was a writer himself, as well as a matador. He was gored in the leg while performing in a small town as he executed a pass on his knees. Infection set it, which turned to gangrene, and he died from this rather than the wound itself. He was buried in Sevilla in the same plot where his brothers-in-law, Fernando Gomez "Gallito," Rafael El Gallo, and Joselito likewise rest. 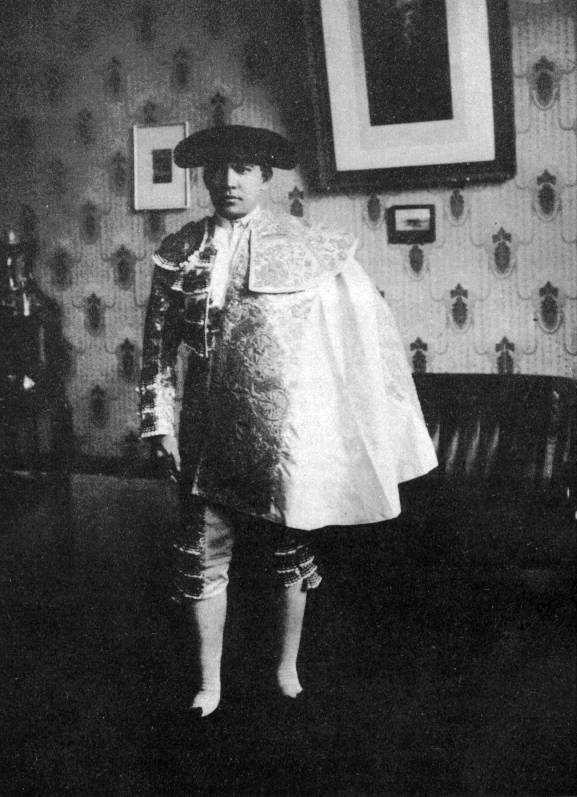 Rodolfo Gaona
The first Mexican matador to gain real fame as an international star in the 1910s. Known for his work with the banderillas and his invention of the Gaonera pass, in which the big cape is held behind the back, he was a rival to Joselito, Belmonte, and the other aces Spain had to offer. He had a long and brilliant career, dying many years later in Mexico in the spring of 1975. Guerrita
A classic matador who was well respected in the 1890s and known especially for his ability with the sword. During his time he was considered one of the pillars of Spanish bullfighting and was well respected by the public. Later however, they grew tired of him, and he announced retirement, claiming it was "being forced on him" by the same public that adored him a few years before. 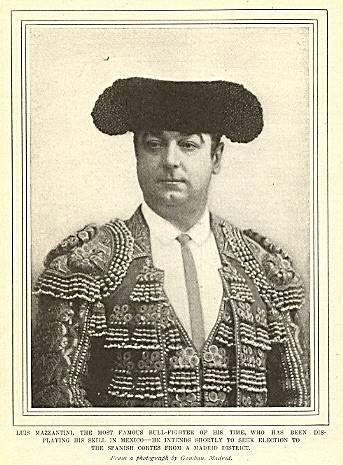 Luis Mazzantini
A bulky and awkward man, he was the antithesis of the slender, handsome image traditionally associated with bullfighters but was nonetheless famous. After retirement, this Cordoban matador became a politician, writer, and patron of the arts up to the time of his death, many years after leaving the ring.