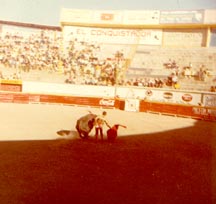 Paco Pallares
Coming from Salamanca, Spain, Pallares performed well in Europe in the 1960s but was better known for a string of triumphs in Mexico in the 1970s, most notably in Nogales. His greatest day here came in July of 1971, when alternating with Raul Garcia and performing in a tremendous thunderstorm, he cut a total of three ears and a tail from his two bulls. 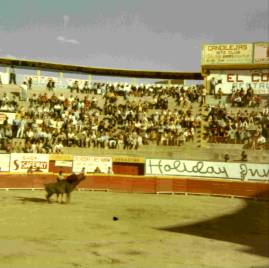 Joaquin Rodriguez "Cagancho Hijo"
Yes, yes, we know it is a poor photo, but one of the few available. The son of the famous matador of the same name, Cagancho Hijo had some very good showings and very bad showings as well. Like his father, his unpredictability became legend. One such example came in Nogales in 1970, when he cut an ear from his first bull and totally failed with his second, seeing it leave the ring alive when he was unable to kill it. 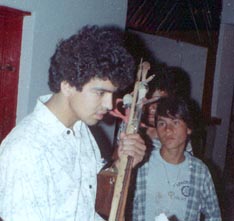 Jose Maria Gonzalez "Joselito"
The brother of Carlos Gonzalez Sanchez, Joselito performed in bloodless bullfights in America and on the Mexican border, most notably in Nogales. In Caborca, he received a huge goring in the leg which ended his career. He made an attempt to return in 1993, then called it quits for good. 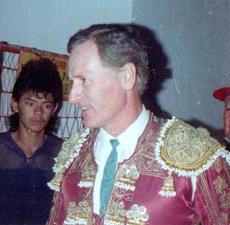 Diego O Bolger
An American matador who offered particularly good showings on the Mexican bordertown circuit, he was capable with capote, banderillas, muleta and sword. During the 1970s and 1980s, he fought very well but only appeared sparingly in the 1990s prior to retirement. He now lives in Tucson, Arizona. 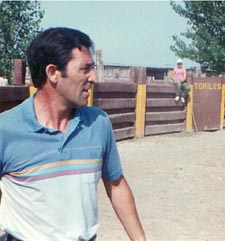 Carlos "Herrerin"
One of a long line of bullfighters from Zaragoza, Spain (including a cousin who died from a goring many decades ago.) This particular torero was charismatic and colorful but did not adequately find the management which would have helped him make political gains in the profession. After retirement, he remained active in the bullfight through fan clubs and as an organizer of festival bullfights with smaller animals. 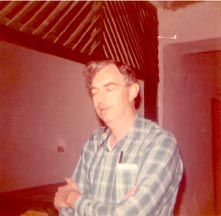 Arturo Ruiz Loredo
This matador started out fighting bulls on horseback, switched to fighting bulls on foot, then went back to facing them on horseback again before retirement. He was a brave performer but suffered numerous gorings, including a wound in the intestines in Tijuana. Some of his greatest triumphs came along the border in Tijuana and Noglaes, though he also was seen in Spain. 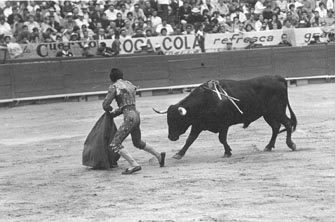 Manolo Urena
During the 1960s, he was a promising matador, though a wild lifestyle and numerous gorings hampered his career. He made an attempt to return to the bullring in the early 1980s and was severely gored in the face while in Guatamala, losing an ear. Finished with the bulls, he took up the safer profession of singer. 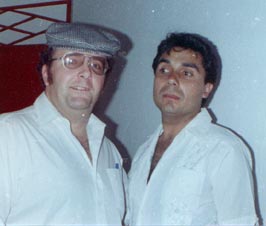 Silviano Tanori
Tanori (right) had several novilladas in his native Nogales where he was regarded for his work with the banderillas and muleta but often lost ears due to problems with the kill. During the 1993 season, he offered two excellent afternoons in that arena, in which he cut an ear after each event. 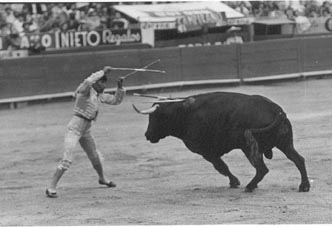 Ricardo Balderas
The nephew of the ill-fated Alberto Balderas, who was killed in Mexico City with a horn in the stomach. Unlike his uncle, Ricardo survived, both as a matador and later, as seen here, working as a banderillero. He retired shortly after a final goring which was not serious, but enough to make him call it a career. 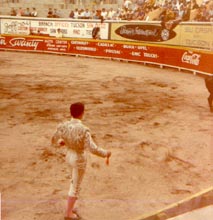 Leonardo Manzano
The Tijuana-based matador Leonardo Manzano, seen here from behind as he prepares to place a pair of short banderillas in Nogales in the early 1970s, was once a dashing figure along the Mexican border. Manzano was a championship swimmer before entering the bullring for a long and successful career. 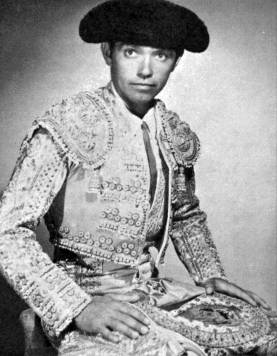 Jose Ramon Tirado
A popular matador in the 1960s both in Mexico and Spain, Jose Ramon Tirado was extremely brave, but numerous gorings hampered his career. In particular was a massive goring in Tijuana which nearly ended his life. Though he made a comeback a few years later, he was never completely the same. Curro Rivera
The son of matador Fermin Rivera, Curro remained a top Mexican matador throughout the 1970s and 1980s, offering great afternoons in Madrid, Valencia, San Luis Potosi, Nogales, Tijuana, Juarez, Mexico City, Guadalajara, and other locations. He was graceful with the capes but often lost afterwards due to poor swordwork. He died unexpectedly from a heart attack in January of 2001. 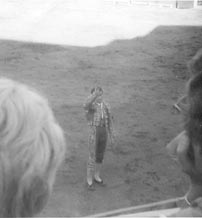 Joselito Torres
A Mexican matador, not to be confused with a South American of the same name, Torres was popular in Latin America in the 1950s and 1960s. His most successful afternoons came in Nogales, on the border. He was known for removing his shoes and placing the banderillas while in his stocking feet, a trademark for which he became so well known, if he started to place the sticks with his shoes still on, the crowd would shout for him to take them off. 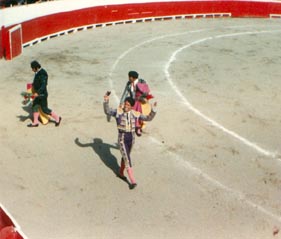 Antonio Urrutia
Antonio Urrutia, seen here after an ear-winning performance in Tijuana during the 1990 season, was always more flash than science when it came to the bulls. Thus, he was extremely popular in the Mexican border bullrings, such as Tijuana and Juarez, where the people loved his kneeling passes, reckless banderilla placements and adornments. 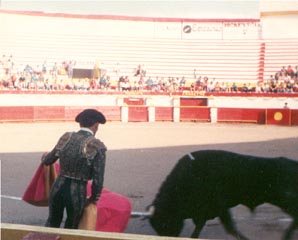 Rafael Ortega
No relation to the Spanish matador of the same name, this torero rose to fame in the Mexican bullrings during the mid-1990s and continues his triumphant march into the 21st century. Look for more from this torero in time to come. Several other sites have more lengthy biographies of him. 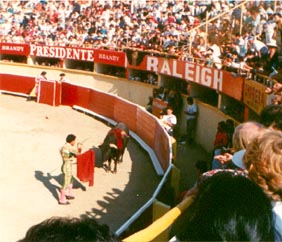 Mayito
Ismale Gomez "Mayito" lines up to kill in a 1990 Tijuana corrida. Short and stocky, he might well have been the might mite of the Mexican border during the 1980s through the 1990s, where he was regarded as a valient, though unartistic, torero. He improvised on a stunt used earlier by El Pana, where he placed the banderillas over his shoulder. The banderillas, in fact, were always his strong point. Time marches on, however, and now Mayito has a nephew fighting bulls. 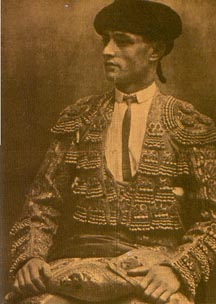 Florentino Ballesteros
A classic old-time torero from Zaragoza, Florentino Ballesteros met an untimely end in 1917 when he was gored in the chest and died. His remains were returned to Zaragoza, where an impressive tomb, complete with a bust of the matador, may be seen. In this city there is still a fan club in his honor, operating decades after his fatal injury. Rafael Guzman
Rafael Guzman, seen here conversing with one of his daughters, was a popular banderillero from Valencia, Spain, active in the 1980s. While he never became an immortal among the gods of the bullring, he was highly regarded in his day and respected by the public at large. 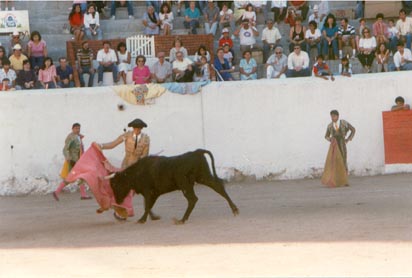 Chilolo
Guillermo Gonzalez "Chilolo," the younger brother of Jose Gonzalez "Chilolin," is seen here during his early years as a novillero. During the late 1990s and beyond, he has gone on to become one of Mexico's top matadores. If gorings do not hamper his career (in particular, a serious leg wound in Tijuana during the 1999 season,) he should go on to become one of the very greatest in his field.