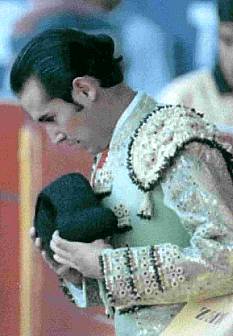 El Mingo
El Mingo, a matador from Leon, Mexico, has gained considerable cartel in recent years and has developed a big fan following within the Mexican interior as well as some border plazas. He is best known for his work with the muleta and for solid, well-linked faenas. 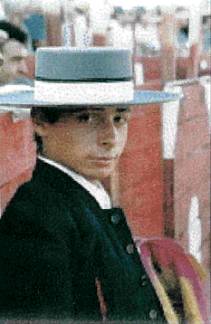 Sergio Galan
Spanish rejoneador Sergio Galan gained cartel in the late 1990s and continues to be a top mounted bullfighter as of this writing. For more information and scheduling, see his link to our page. 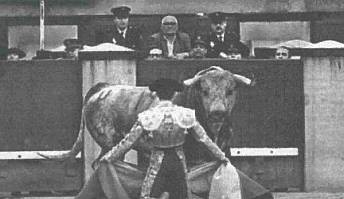 Gomez Escorial
A daring Spanish matador who became known as a valiente, Gomez Escorial kneels here, receiving the bull at the main gate for a dangerous farol de rodillas. For more information on this torero, see his Web page in the Links section. 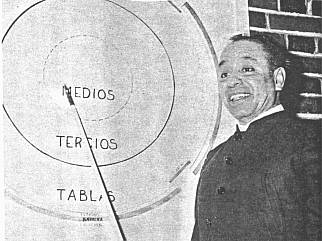 Edmundo Deanda
Edmundo Deanda, a well known aficionado practico, is seen here delivering a lecture on bullfighting in the 1960s. He was an extremely active member of bullfight clubs in Juarez and El Paso and did much to promote a better understanding of the bullfight on both sides of the border. 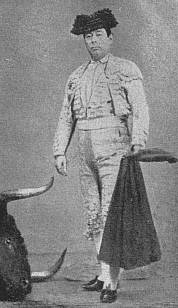 Cuchares
Cuchares was one of Spain's greatest toreros from the late 1830s into the 1860s. In 1868 he made a voyage to Cuba to appear in bullfights in spite of the advice of friends who told him he would be shipwrecked and drown. "Did Columbus drown?" he responded and went ahead to Latin America. Sadly, while there, he contacted yellow fever and died in Havana. 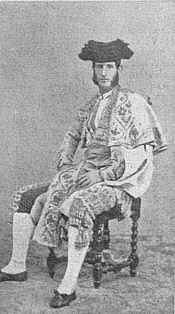 Cayetano Sanz
From the 1840s through the 1870s, Cayetano was a popular and creative bullfighter, regarded as a hero in Spain. He was inventive in the ring and especially known for his work with the big capote, but often failed with the sword, his only weak spot. 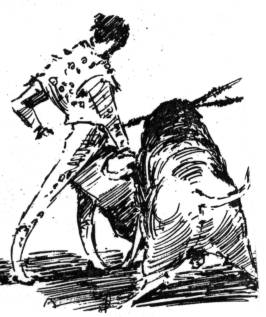 Gil Chacon
Gil Chacon was an aspiring Spanish novilelro who was killed in an uncanny accident, impaling himself on his own sword when he stumbled during the course of novillada. 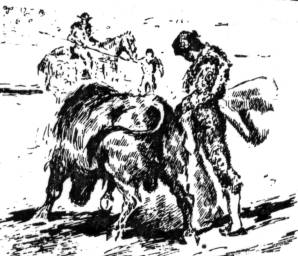 Jaime Sanchez
Jaime Sanchez was an obscure novillero, known almost exclusively in the history books for dying after being gored in the neck in a 1974 novillada, after only a handful of novilladas and capeas to his credit. 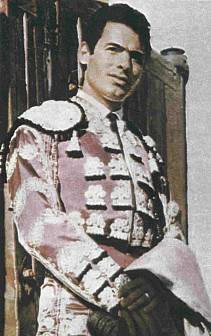 Miguelin
Miguel Mateo "Miguelin" was a valiente who was extremely popular in the 1960s and early 1970s, known for his bravery, if not artistic skill. He also appeared in the Francesco Rosi film The Moment of Truth. Upon his retirement, he formed a bullranch and resort hotel in southern Spain. He died from cancer in 2003. 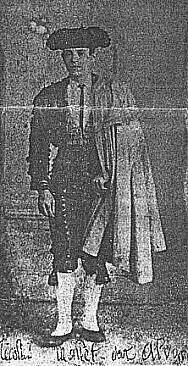 Nicolas Alvarez
Nicolas Alvarez was a modest banderillero, known for the way he died rather than for plying his trade. He was killed in France, from a goring in the intestines and is remembered almost exclusively in history as a victim of his profession. 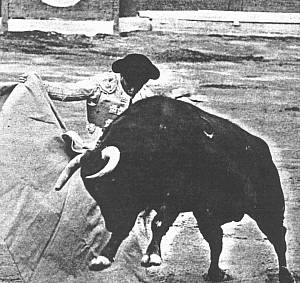 Paco Pavon
Paco Pavon was an aspiring novillero and son of a well known Mexican bullbreeder who was killed way before his time. While appearing as a sobresaliente in a corrida de toros with full grown bulls, he was allowed to make a quite, but ended up gored in the intestines as he attempted a chicuelina. He died some time later from the effects of the wound. 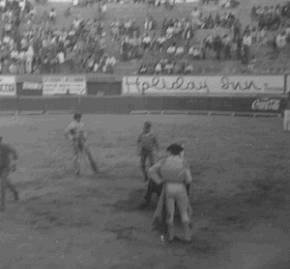 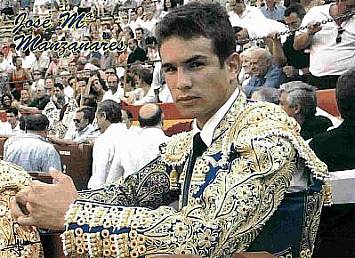 Jose Maria Manzanares Hijo
The son of established Spanish matador Jose Maria Manzanares arrived on the bullfighting scene like wildfire and became a promising star in the early 2000s. In 2003, he took the alternativa and continues on an aggressive campaign as of this date. He has been seen in Mexico, South America, and of course Spain where he is becoming a major star.

Toronto
Toronto was an extremely popular comic group running shows in the bullrings of Spain, with clowns, midgets, and this chimpanzee dressed in a suit of lights and trained to smoke a cigar. 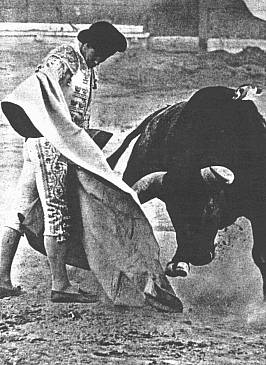 Frederico Pizarro
Frederico Pizarro became a popular Mexican matador in the 1990s after a lengthy career as a novillero. While he has had success in some of the border rings such as Juarez and Tijuana, he has remained more popular over the years, within the interior. 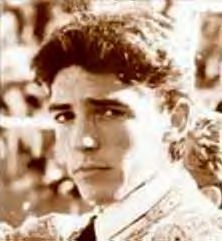 Reina Rincon
One of bullfighting's all-time tragic cases, Reina Rincon, a Spanish torero, was murdered and robbed while on a tour of South American plazas in 2002. He was regarded as a promising figure with much artistic ability. 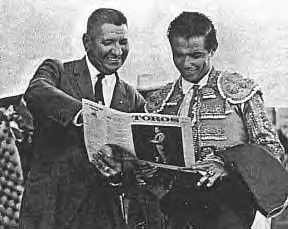 J.B. Ashcraft
J.B. Ashcraft was a popular bullfighting photographer and writer covering the Texas-Mexico bordertowns in the 1960s. He is seen here sharing an article from the long defunct Toros magazine, with matador Jose Ramon Tirado. 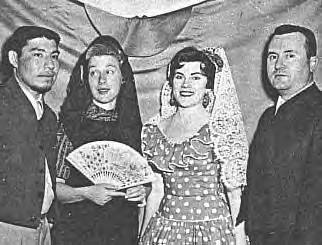 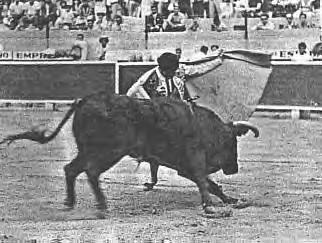 Jesus Peralta
Jesus Peralta, a Tijuana banker turned bullfighter, was popular in the 1950s and 1960s, but major gorings hampered his career. He was the first matador from this bordertown to gain international recognition.