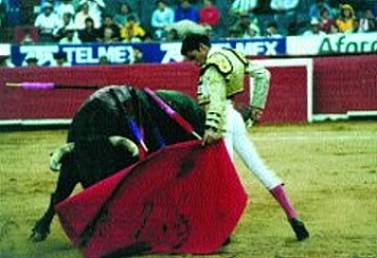 Israel Tellez
A charismatic Mexican matador who reached stardom in 2004, Israel Tellez is presently becoming one of Latin America's most popular toreros, with a string of triumphs in both the border towns and the interior. 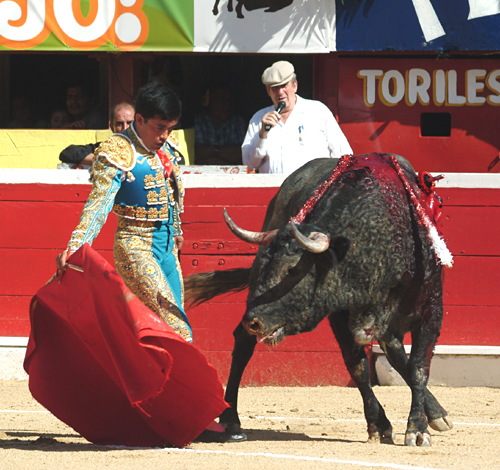 Ignacio Garibay
A Mexican matador who rose to great popularity in the early 2000s, Garibay is known for his artistic work, but sometimes encounters problems with the kill. He has, however, shown great potential as a matador and may one day become a top star.


Roberto Dominguez
Roberto Dominguez was a long-lasting matador who finally received the attention due to him in 1989, when he killed six bulls from the notorious Victorino ranch, acting as lone matador. He was always effective with the kills, especially the use of the descabello. 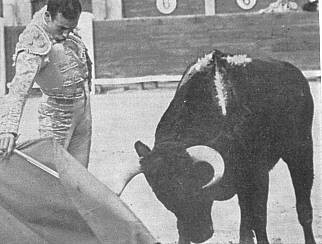 Juan Montero
Juan Montero was a modest torero, capable of great valor when the circumstances fitted him. He died not on the horns, but in a tragic car crash in Spain. 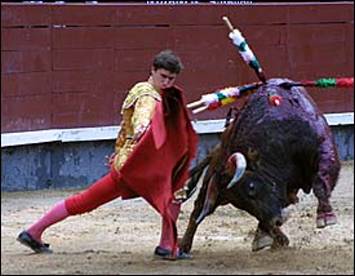 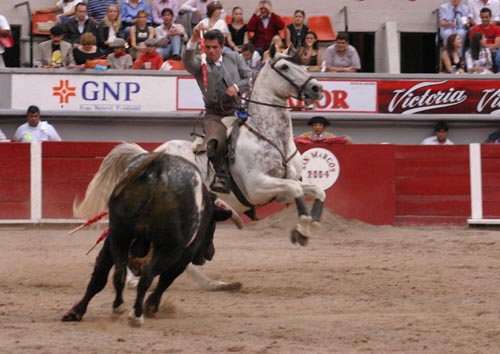 Horacio Casas
Horacio Casas of Aguascalientes, Mexico, has become a very popular rejoneador in the Mexican rings during the past few seasons, fighting bulls off horseback. 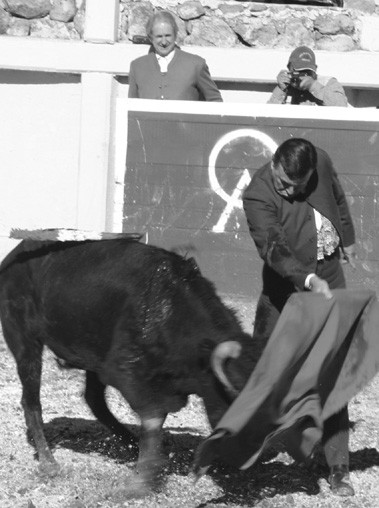 Bill Torres
Though an amateur bullfighter, Bill Torres grew better with age in the 1990s and continued fighting bulls well into the 2000s. Though a practicing fan and not a matador, his performances in certain rings have equalled that of pros. 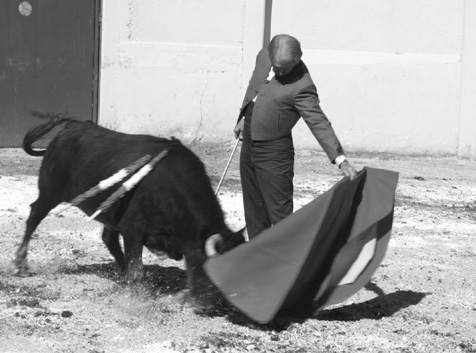 Jim Verner
A practicing fan born in Phoenix, Arizona, Jim Verner has spent decades in front of the bulls, voluntarily putting his life on the line. In early 2004 he appeared in a festival in Nogales and was very well received. 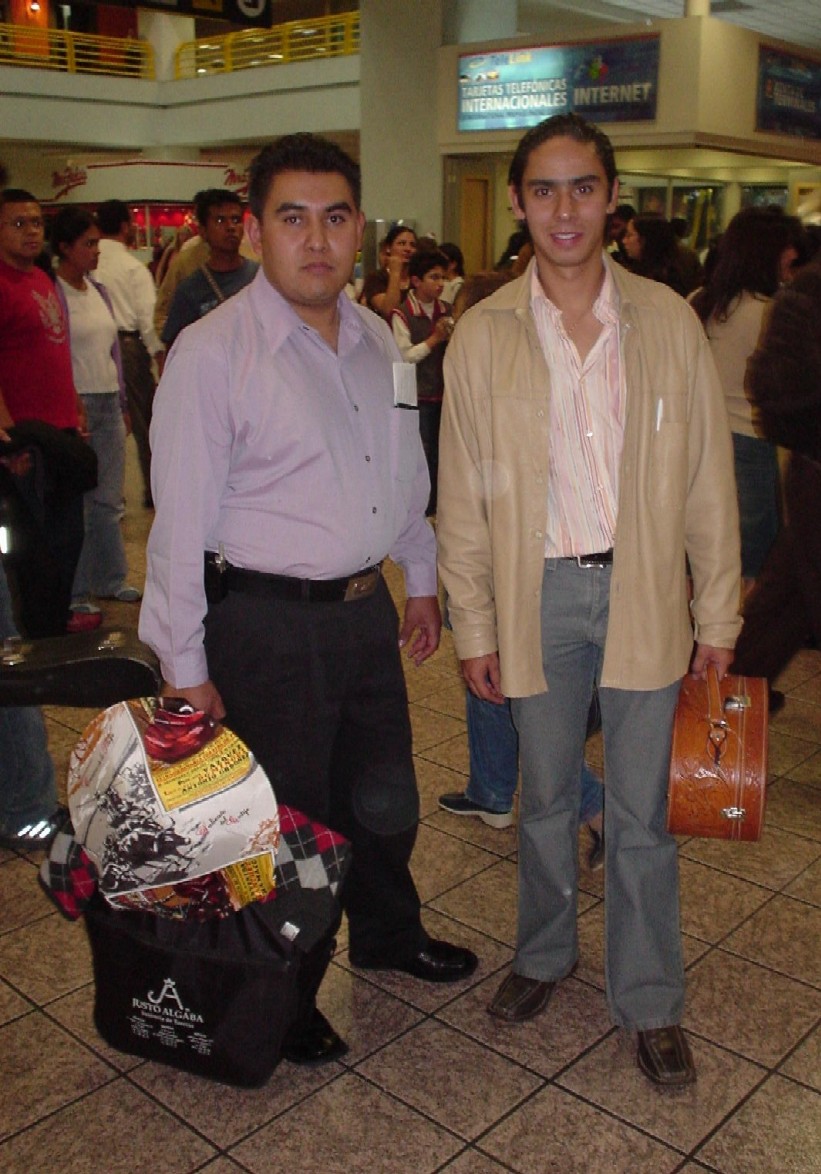 Leopoldo Casasola
A Mexican matador of respect and honor, Casasola rose to considerable cartel in the 2004 season which included corridas in Spain as well as his native land. He has come to be regarded as a torero of great personality, with an increased fan following. He is seen here at the right, leaving the Mexico City airport for Madrid.

Hernan Ruiz "Gino"
One of the revelations of the 2004 temporada, South American torero Hernan Ruiz "Gino" rose the stardom with an artistic style with the muleta and an ability to doninate even the most difficult of bulls.

Marcial Herce
A promising novillero then matador de toros from Mexico, Marcial Herce nearly had his career ended years ago by a major goring which severed the femoral artery, yet he recovered and continued in the profession, rising to stardom. 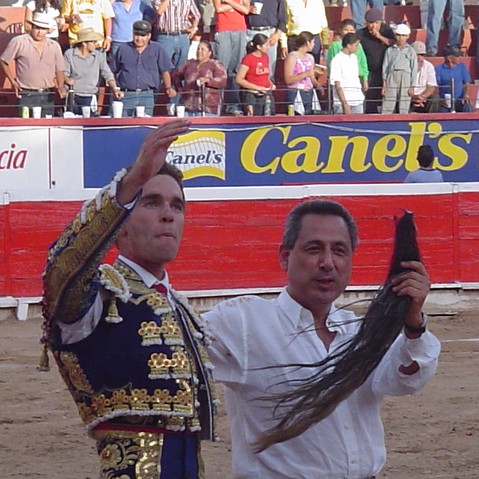 Alejandro Amaya
Amaya became a revelation in Mexico during the 2004 season and offered numerous triumphs including Tijuana, San Luis Potosi, and other Mexican plazas, establishing himself as a major star.

Antonio Punta
Antonio Punta emerged on the scene after lengthy smalltown bullfights to start scoring triumphs in the major South American rings halfway through 2004. He has since gained great cartel and word of his prowress continues to spread in the bullfighting world. 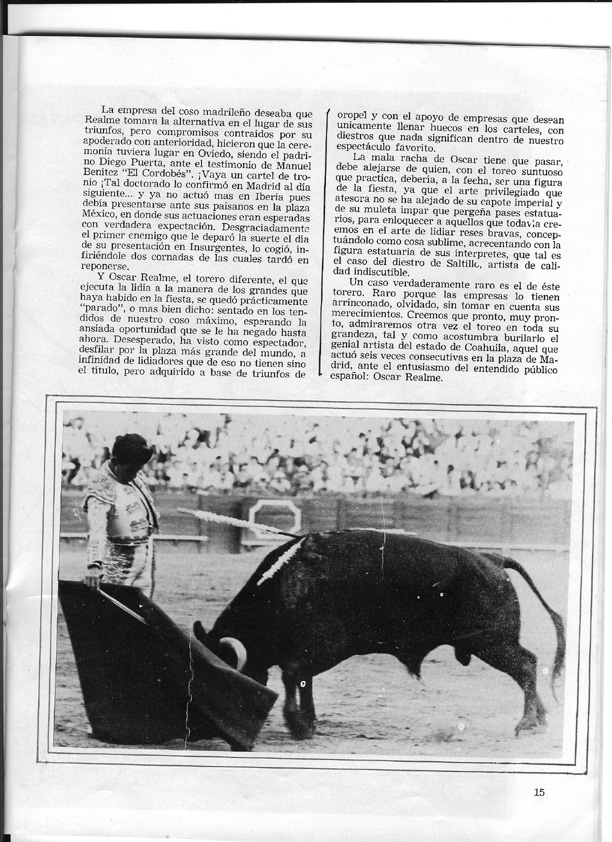 Oscar Realme
Realme had a spectacular career as a novillero, but more modest as a matador de toros. He did appear throughout the 1960s and was regarded as an artistic torero. He retired in 1971. 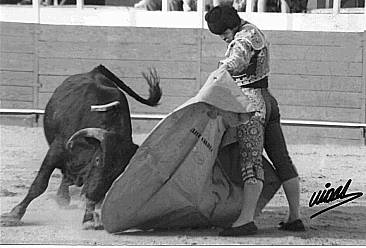 Jose Antonio Gaone
The grandson of the famed Rodolfo Gaona, Jose Antonio was a promising novillero and decent matador de toros in the 1970s, noted of course for his work with the big capote and especially the gaonera pass. 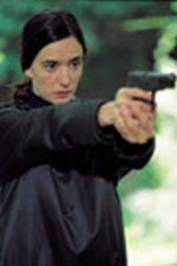 Ana Torrent
Though not commonly associated with bullfighting, this Spanish actress played the wife of unfaithful matador Juan Gallardo in the 1980s era remake of Blood and Sand, which also starred Sharon Stone and Simon Adreau. The role she played received much acclaim. 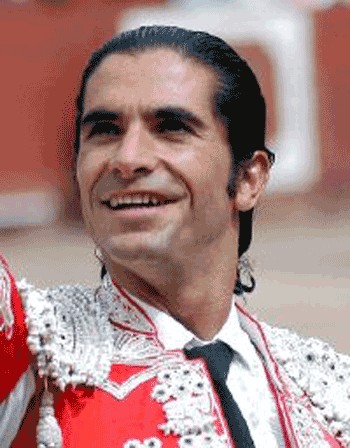 Rafael De Paula
A man of great controversy, he was jailed years ago for hiring a man to attempt to kill a cheating wife. Yet he survived the scandal and resumed his career as a matador where he left off. A tragic figure in the bullfighting world. 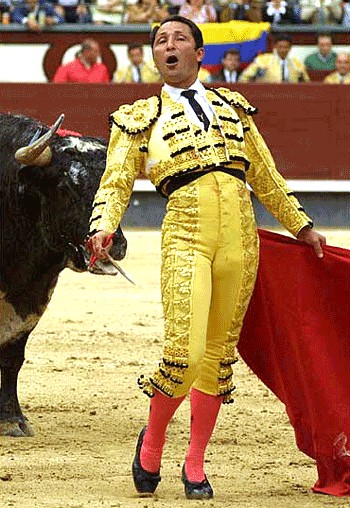 Cesar Rincon
South American bullfighter Cesar Rincon has spent many years in the bullrings of the world and has built a massive following. In spite of various bad gorings, he continues to thrive. In 2003 a book about him was released in English (see the Book Reviews section.) 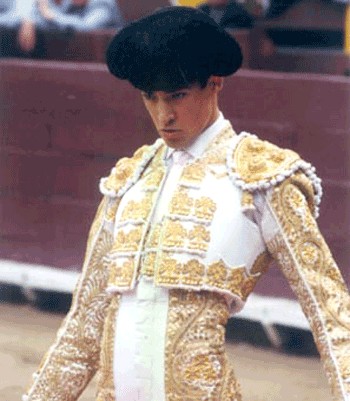 Cesar Jimenez
In the 2000s, Cesar Jimenez arose as an important figure in bullfighting, appearing throughout Europe and the Americas, where his artiostic style attracted and still attracts many fans. In 2004 he arrived at the top of his profession. 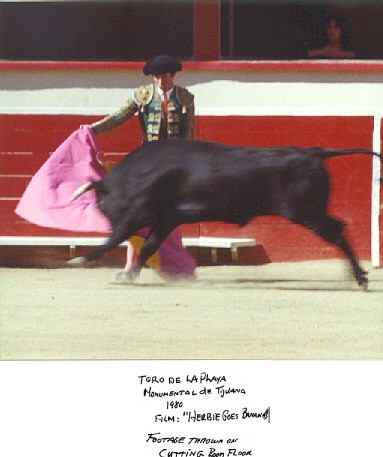 Jeff Ramsey
American novillero Jeff Ramsey appeared several times from the 1960s and 1970s, especially in Mexico, before retiring to California to work as a stuntman in motion pictures. 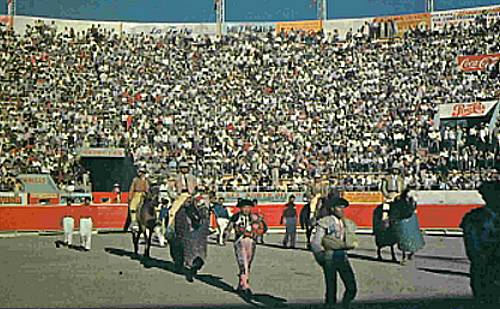 La Gripa
Second on the left, the banderillero Gripa makes the parade in Tujuana. Called "Gripa" from a childhood excuse for ditching school he always used (Gripa is slang for Flu), he was one of Mexico's most popular banderilleros in the 1970s. 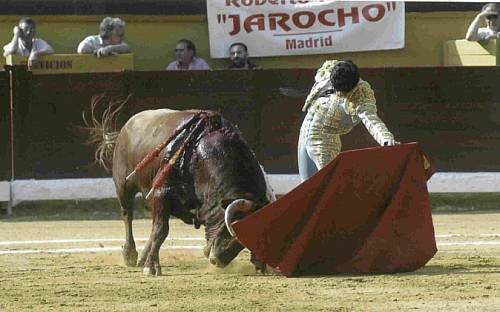 Jarocho
After a promising career as a novillero, Jarocho took the alternativa at the hands of Joselitoa nd Juli in Spain and became a respected matador de toros himself in the early 2000s. 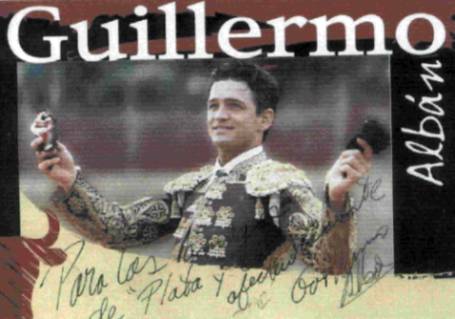 Guillermo Alban
Guillermo Alban of Ecuador became one of South America's most popular toreros in the 1990s and by the early 2000s was considered a figura, appearing in Mexico and Europe as well. 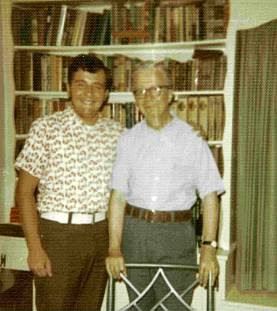 Robert Powell
Robert Powell (right) of Indiana was a longtime dignitary in the Taurine Bibliographies Of America club,m a society dedicated to the collection and preservation of bullfighting books. Prior to his death in the late 1990s, he did much to enhance the image of bullfighting in the USA. 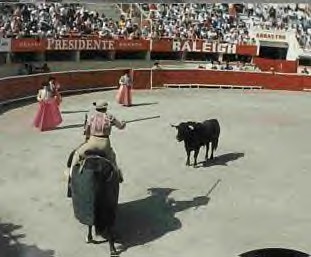 Sixto Vazquez
For several years, Sixto Vazquez remained one of Mexico's most popular and respected picadores. He was a regular along the border, in plazas such as Tijuana and Nogales. 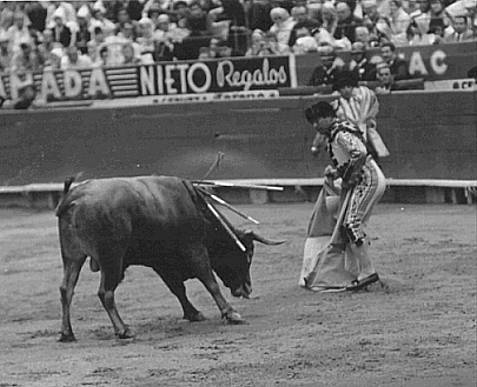 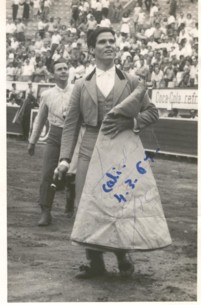 El Inclusero
One of Spain's most enduring and artistic of toreros, he was still active in 2005 at the age of 57. Over the decades he appeared regularly, as well as triumphantly, in Mexico, Europe, and all of South Ameruica.