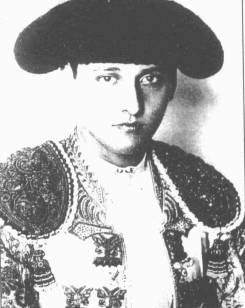 Florentino Ballesteros Hijo
The son of Zaragoza-born matador Florentino Ballesteros, who was killed by a bull, avoided the fate of his father but did not truly duplicate his success either. He was a capable torero in his own right, however, and well respected in his time. 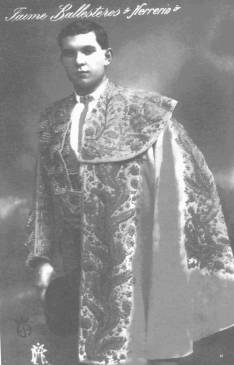 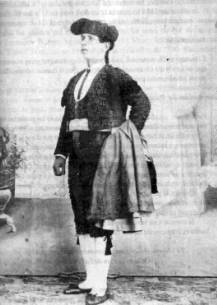 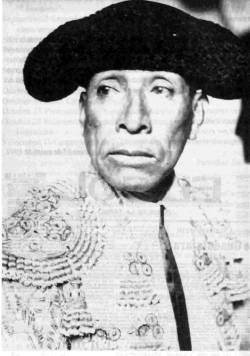 Arcadio Ramirez "Reverte Mexicano"
An obscure figure to modern fans, Reverte Mexicano was a brave and capable matador in his day, though he never obtained the fame of a Gaona or Armillita. He was especially good at making the kill and for work with the big capote, performing many odd inventions of his own as well as the standard passes. 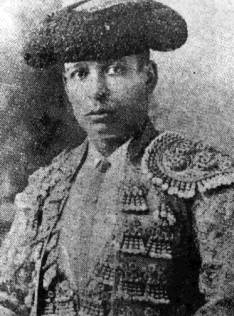 Juan Silveti
Juan Silveti, the father of the matador by the same name and grandfather of David & Alejandro Silveti, was a fiery matador in his own right, as well as the founder of the dinasty of bullfighters. He was known for his frenzied style and for adornos such as taking the horntip in his teeth and standing unarmed before the bull after a series of passes. He died from natural causes in the 1950s. 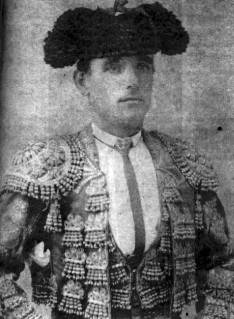 Ejicano
Coming from the area of Ejica, Spain, El Ejicano was a brave matador and victim of a fatal goring. 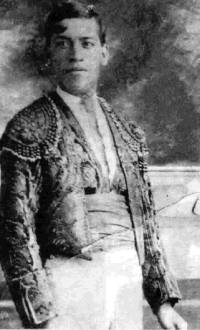 Librado Rivas
Librado Rivas was a popular Mexican picador who worked in the cuadrilla of numerous Mexican toreros. He was known for his strength. 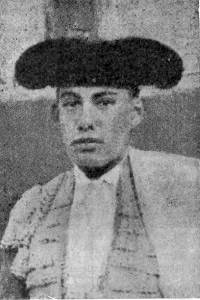 Mariano Rivera
Mariano Rivera was a popular Mexican banderillero who died in the ring, not from a goring, but from a heart attack in front of a shocked audience. 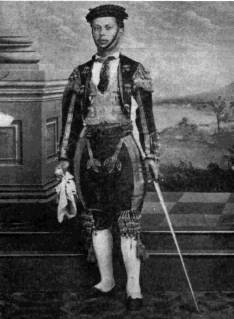 Paco Diaz
Paco Diaz of Guadalajara was a popular 19th century Mexican matador who made many appearances in the Mexican interior but never achieved total stardom. 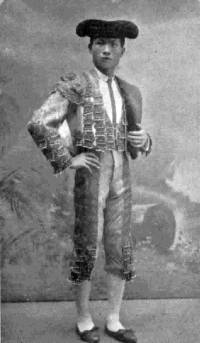 Vicente Hong
Vicente Hong was a rarity, a bullfighter from China who appeared in Mexican rings for several years. Though he never took the alternativa, he was regarded as brave and not just an oddity among the fans. 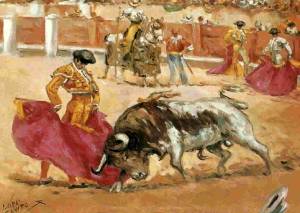 Manolo Dos Santos
A painting depicts Manolo Dos Santos of Portugal, no relation to Fernando. This matador was a star from the late 1940s through the 1960s, appearing in Portugal, Spain, and Mexico. In 1947 he received a major goring which severed the femoral artery, but he refused to die and returned to the bullrings as brave as ever. He was killed in a car crash in 1970. 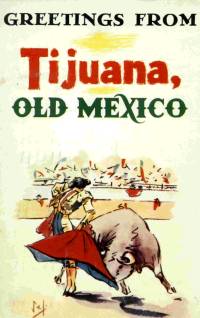 Benjamin Lopez Esqueda
This old Tijuana postcard depicts Mexican Matador Benjamin Lopez Esqueda, an attorney turned bullfighter, who was popular in this bullring in the 1950s and 1960s. Esqueda was a brave but somewhat untalented matador, who survived mainly due to his luck holding out while being utterly suicidal before the horns. Sometimes he was unlucky, as in Nogales, where he once took a major goring in the leg. Seconds after he was injured, this same bull gored fellow matador Luis Briones even more gravely. Esqueda retired from the bullring in the mid 1960s, due mainly to a multitude of injuries, and died from a heart attack shortly afterward. 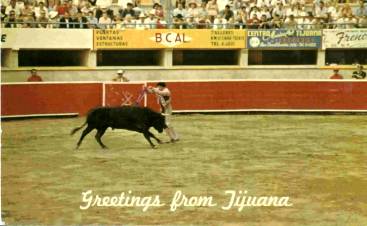 Alberto Ortiz
Longtime banderillero Alberto Ortiz is seen here doing what he did best, placing the sticks in Tijuana's bullring. Oddly enough, it was in this city where he received two near-fatal gorings in two seperate decades, but survived them both. 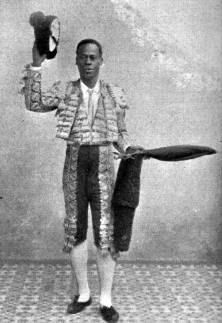 German De Leon Facultades
One of the many bullfighters to use the nickname of Facultades, this one had the destinction of being mestizo. He was active mainly in South America and known for bravery. 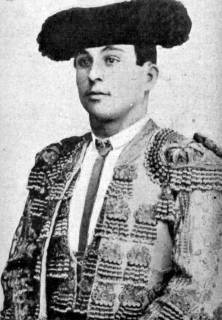 Fermin Munoz "Corchaito"
A modest matador known for occasional moments of brilliance in the ring, Corchaito was killed in Spain while standing against the bullring fence, mistakenly believing the bull he faced to be dying. Instead, it turned on him and gored him in the side. 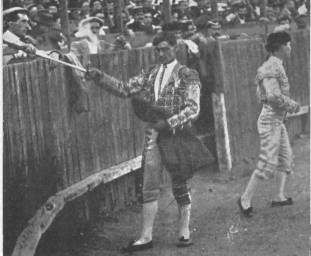 Malla
Spanish matador Malla was courageous but often found himself in trouble in front of the bulls, being more brave than skilled. Shortly after the death of Joselito, Malla's luck ran out as well while attempting a kneeling pass with the muleta in a French plaza. He was gored in the stomach and died a few minutes later. 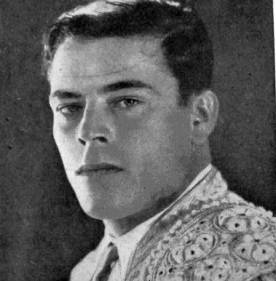 Pasqual Marquez
A capable bullfighter known for graceful capework, Pasqual Marquez was gravely gored in Madrid in 1941, when the wind blew the lure against him and the bull crashed into him, goring him in the chest. The wound was so serious he could not be moved from the bullring infirmary and spent the duration of his life there, until he died from the goring. 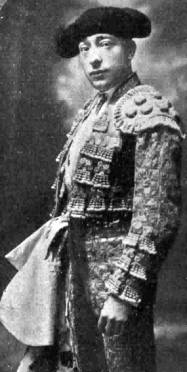 Mariano Montes
Montes was a well-liked bullfighter who died from a massive goring in 1922. He was especially known as an effective swordsman. 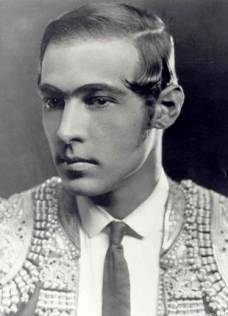 Valentino
Rudolph Valentino was the idol of the silent movie era, and his unexpected death sent millions into mourning (his funeral services resulted in a massive riot among the grieving fans.) During his career, he was known especially for his role in The Son of the Sheik, and as seen here, playing Juan Gallardo in Blood and Sand. 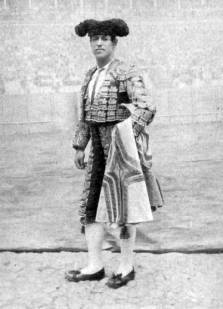 Manuel Lara "Jerezano"
For an interesting biography of this bullfighter, see the book Wild West Characters (book section.) Jerezano was a Spaniard who came to Mexico, embarking on a massive bullfighting campaign. He died from internal injuries, received from the flat of a horn which struck him in the area of an old goring, during this Mexican tour in 1912.