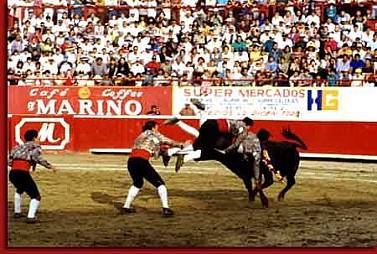 Forcados Mazatlecos
Coming from Mazatlan, Mexico, this team of forcados continues to look impressive in the 2000s. See their Web page in our Links for more information on their lineup and bookings. They have been seen both throughout Latin America and in bloodless bullfights in the USA. 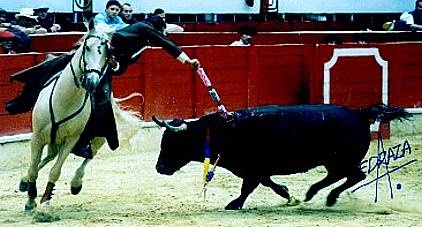 Juan Rafael
Another popular rejoneador who has gained recognition in recent years is Juan Rafael. See his page in our Links section for biography and details. 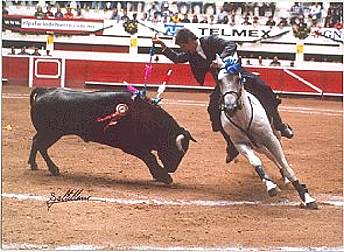 Gaston Santos Hijo
The son of famed rejoneador Gaston Santos has been carrying on the family tradition and has become a celebrated mounted torero in the 2000s, fighting bulls from horseback just as his famous father before him. 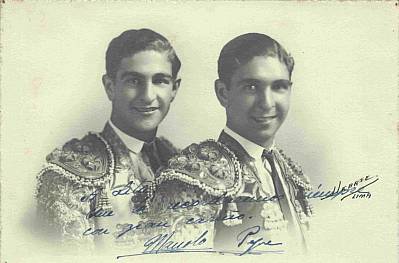 Manolo and Pepe Bienvenida
The Bienvenida brothers founded the famous taurine dynasty that dominated Spanish bullfighting for years. Manolo and Pepe began as child bullfighters touring Europe and South America and rose to international stardom as adults, with universal appeal. 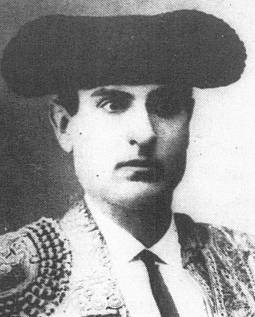 Morenito De Valencia
Morenito De Valencia was a Spanish matador, killed in South America in 1948 from a tremendous stomach wound. Reportedly, some Indians in the audience applauded upon hearing news of his death, as their superstition held the death of a torero in the ring to be good luck for them, if not obvious bad luck for the matador. 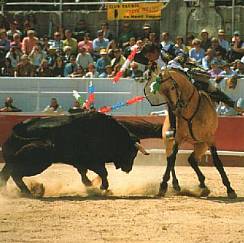 Joao Moura
Joao Moura remained one of Portugal's most famous rejoneadores in the 1980s and 1990s. He is still active, though slowing down somewhat and has a son who has followed him into the bullring. 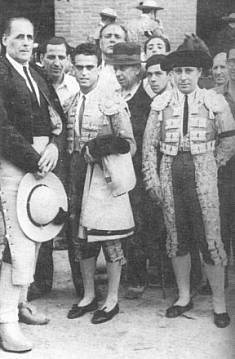 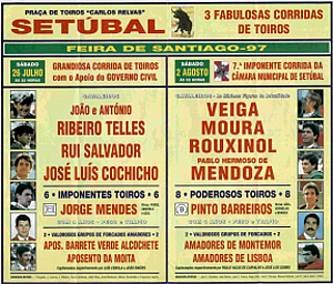 Rui Salvador
Rui Salvador has become a popular Portuguese rejoneador, appearing in both Europe and in bloodless bullfights in the United States. He remains an outstanding horseman. 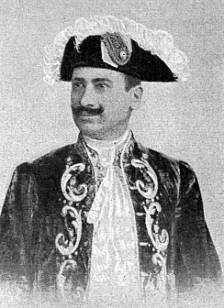 Fernando D'Olivera
Fernando D'Olivera was a prominent Portuguese rejoneador, killed when thrown from his horse, with the animal subsequently running over him. In his day he was well respected, and the horrible way he died sent shock waves through the bullfighting world. 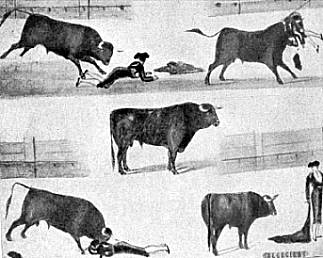 Mariano Tornero
Mariano Tornero was a respected banderillero, killed from a horrible goring, as depicted in this sketch, while plying his trade in Spain. 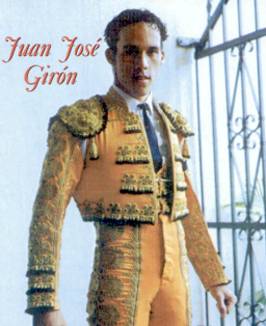 Juan Jose Giron
The most recent addition to the Giron family dynasty out of South America, this torero has received great acclaim in his past few corridas and may well become a top star if he continues to improve. 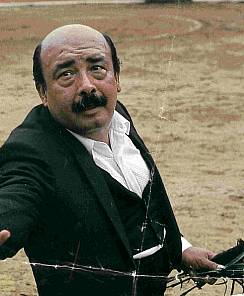 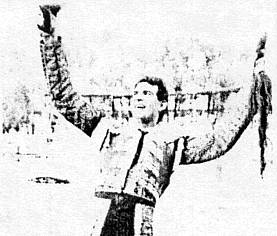 Edgar Bejarano
Edgar Bejarano became an extremely popular matador in the early 1990s, with outstanding performances in the Mexican interior, where he was especiually regarded as a good killer. 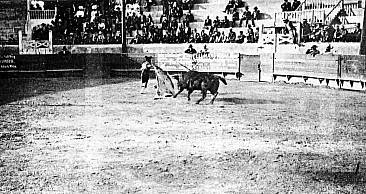 Antonio Mula
Brothers Juan and Antonio Mula were banderillero brothers in early 20th century Spain, both of whom died on the horns within months of each other. One brother was killed in La Roda after a goring while placing banderillas. The other was killed in a capea while working with the capote. The story of these two unlucky siblings has all but been forgotten in bullfighting history.

Roger Velazquez Silva
Roger Velazquez Silva is a student in the Mexican interior who enjoys photographing and drawing the bullfights, and runs various Web pages related to Mexican culture. Look for writings and materials from this young man to be cropping up all over in the future. 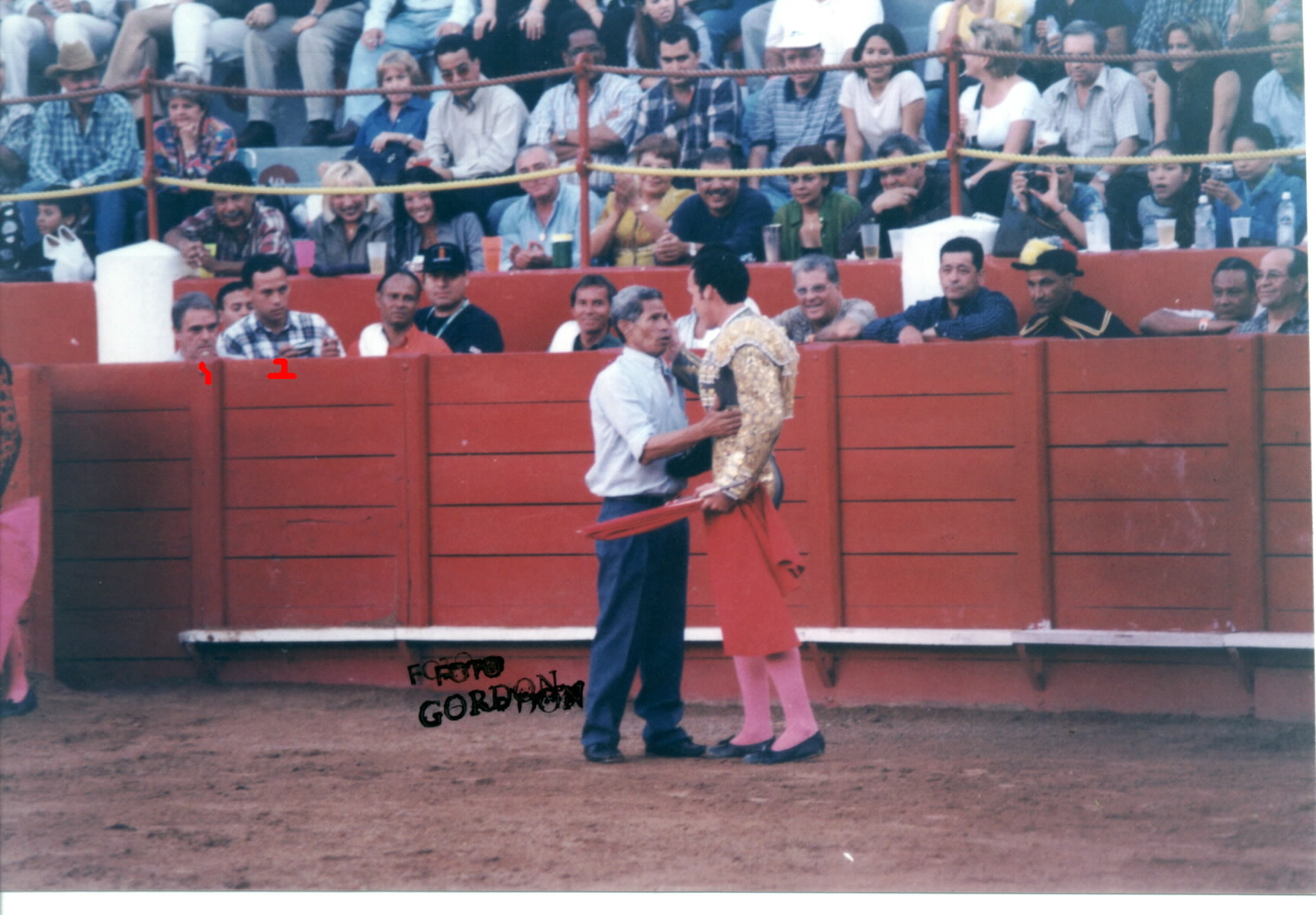 Rafael Giron
Rafael Giron (left), of the famous Giron family, was a popular torero, and father of present day sensation Juan Jose Giron. Here, he receives the dedication of a bull from his son. Rafael Giron died of heart failure shortly after this incident took place. 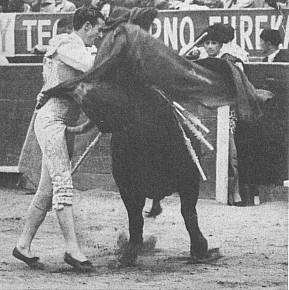 Joselillo
Jose Rodriguez "Joselillo" was born in Spain but launched his career as a novillero of frightening courage in Mexico. He idolized Manolete, though the two were distinct opposites in style. Just weeks after Manolete was killed in 1947, Joselillo himself received a fatal goring in Mexico City, as this photo shows. Oddly enough, he was injured while doing a manoletina, the pass his idol created. 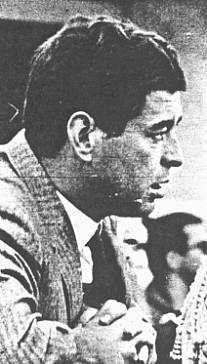 Chopera
Famous and controversial as an empresario, bullbreeder, and manager of toreros, Chopera was one of the most power men in Spain for many years, as far as the bullring was concerned. He died in late 2002. 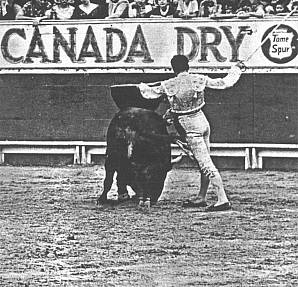 Jaime Bravo
Known for an unartistic-yet-death-defying style, Jaime Bravo was an extremely popular draw in the border towns in the 1960s. He was being groomed for a career in motion pictures following what would have been his retirement, but alas he did not live to see it, for while still active in the plaza de toros, he was killed in a car crash in 1970. 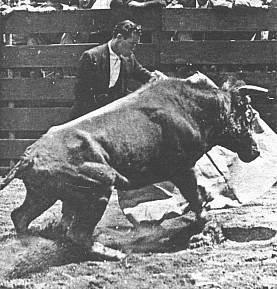 Tony Brand
Though known as a director and assistant director of many motion pictures, Tony Brand was a well-known bullring photographer, writer, and as this photo shows, amateur bullfighter. He still works in pictures and migrates between the USA and Spain, trying to spend most summers in Sevilla. 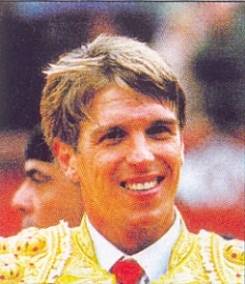 Manuel Diaz "Cordobes"
The son of famed Manuel Benitez "El Cordobes," this modern day Cordobes likewise became a top drawing card in the bullrings of the world, using a style much like his father's. 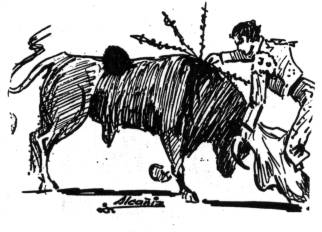 Angel Soria
The Spanish novillero Angel Soria came to South America in search of stardom and died there in 1948. He was gored in the groin while working with the muleta, and insisted on returning to the bull, not realizing how serious the wound was. He made more passes, then collapsed in front of the animal. Taken to the hospital, it was learned the pelvis, the femoral artery, and the other big blood vessels had been damaged. The delay in seeking medical attention and his insistance on continuing the bullfight, many believe, contributed to his death. 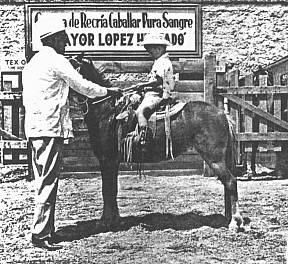 Mayor Salvador Lopez Hurtado
Mayor Salvador Lopez Hurtado built and promoted bullfights at the Plaza Monumental De Juarez and Monumental De Tijuana for decades, bringing many top toreros to these border towns. He also owned farmland, beef ranches, and the dreaded Casa Blanca bullranch which was eventually shut down when he could not find men willing to fight these dangerous animals. He is seen here in a very old photo with his then very young son, Antonio. Hurtado died in the early 1990s at the age of 90, but his sons, Pepe and the aforenoted Antonio, took over the promotion, running corridas in these rings even now.