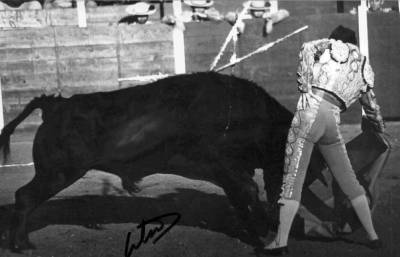 Jorge Gutierrez
Mexican matador Jorge Gutierrez became an international star from the early 1980s through the 1990s. Outside the ring, he was a collector of antique automobiles and used some of the fortune he made to persue this interest. 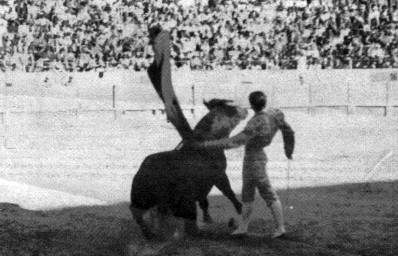 Esteban Garcia
Promising novillero Esteban Garcia was killed in Morelia wile appearing as part of the annual Day of the Dead festival. His death from an intestinal goring robbed the bullring of one of its most brilliant aspects. Curiously, his rival Carmelo Perez died a few years later from the effects of an old goring as well. 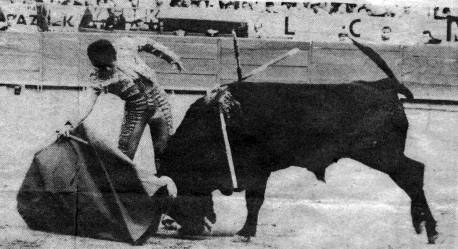 Miguel Villanueva
Miguel Villanueva was a promising novillero who took the alternativa in Juarez in 1970, perhaps before he should. Though capable and brave, he never lived up to the early expectations he showed as a novillero once he became a matador de toros. 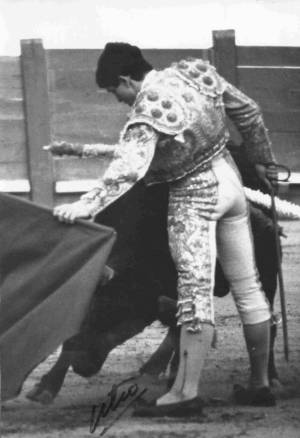 David Silveti
David Silveti, as part of the famous Silveti family, became an international star, though hampered by numerous leg gorings which stifled some of his mobility. He remained popular for many years in both Mexico and Spain. He died by his own hand after a long bout with depression. 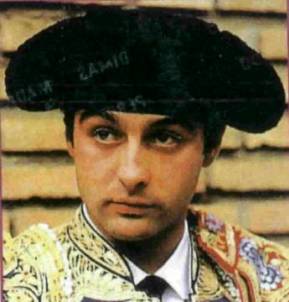 Enrique Ponce
One of the leading matadores of the 1990s, Enrique Ponce rose to stardom and maintained the pace as a valient performer, especially known for his work with the muleta. 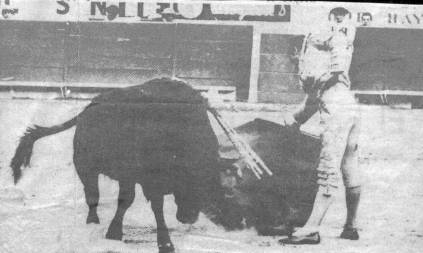 Roberto Miguel
Roberto Miguel of Guadalajara remained a popular Mexican matador from the late 1970s until the early 1990s. He later went into managing other bullfighters. 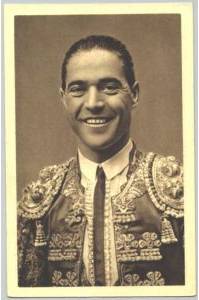 Felix Colomo
A popular Spanish matador, Felix Colomo spent many years in the bullrings before retiring and opening a large bar with bullfighting decorations in Madrid. He died in 2000. 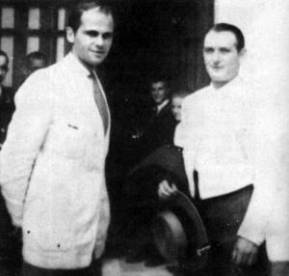 Barnaby Conrad
Barnaby Conrad (left) wrote several books in English that helped promote a better understanding of bullfighting, including The Death of Manolete, Matador, Gates of Fear, How to Fight a Bull, Fun While it Lasted, and Matador. Curro Caro
Curro Caro of Madrid appeared in both Mexico and Spain in the 1970s and became a manager upon retirement. He was killed in a car wreck in 1975. 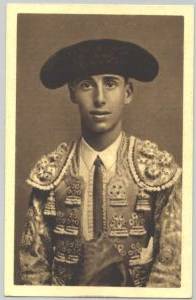 Miguel De Pino
Popular in the 1940s and 1950s, Miguel Del Pino was a Spanish matador from Puerto De Santa Maria, especially known for his work with the muleta and a willingness to face very large bulls. 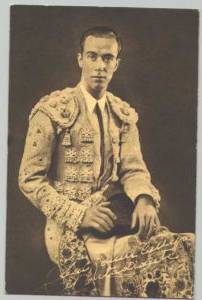 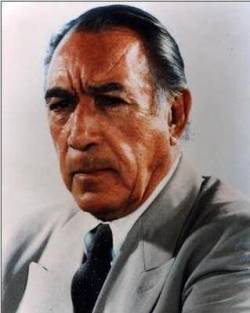 Anthony Quinn
Though no bullfighter himself, Anthony Quinn played in several great bullfighting movies, such as The Brave Bulls, Blood and Sand, and The Magnificent Matador, plus narrated the documentary Arruza about the life of his friend, matador Carlos Arruza. He was also an avid bullfight fan, especially loving Mexican bullfights. 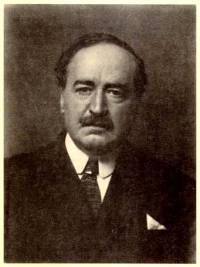 Vicente Blasco Ibanez
Ibanez of Valenica, Spain was opposed to bullfighting and wrote the classic novel Blood and Sand in an effort to turn people away from the spectacle; however, his book had the opposite effect and made bullfighting even more popular. The book was based loosely on the life and death of Manuel Garcia "Espartero," though Ibanez changed the character's name to "Juan Gallardo." 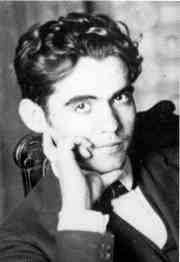 Garcia Loca
F. Garcia Lorca was a celebrated Spanish writer and poet, executed during Spain's Civil War. He was known among bullfighting circles for his friendship with certain matadors and his writing of The Lament for Ignacio Sanchez Mejias, about the death of this ill-fated torero. 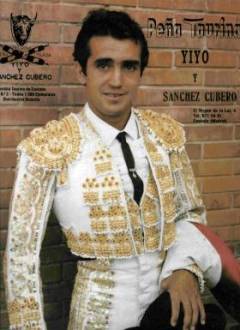 Juan Cubero "Yiyo II"
Like his brother Jose, Juan Cubero wished to be a matador, but after his brother was killed by a bull in Colmanar Viejo, Spain, decided to become a banderillero instead and maintained this position for many years. 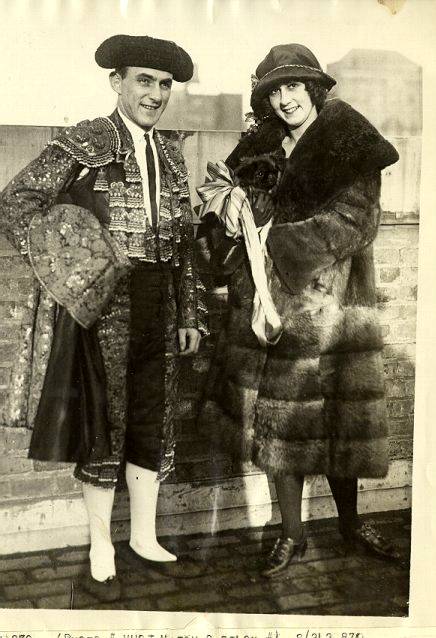 Bejarano
Coming from a family of bullfighters, Luis Fuentes Bejarano was known for his skill with the sword. At the age of 80, long after retirement, he fought a full-sized bull on a ranch in southern Spain as part of a festival and still looked tremendous. He died in his 90s in 1999. 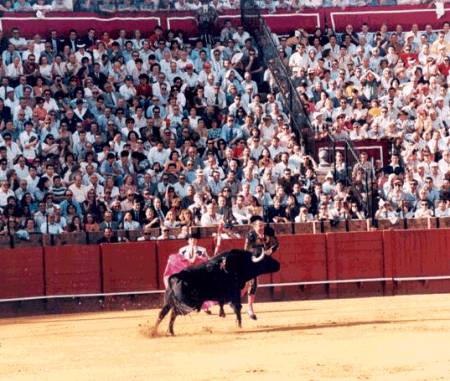 Manolo Montileu
A matador who retired from the profession to become a banderillero, this unfortunate man was killed in Sevilla, as shown in this photo, while placing the banderillas. He received a horn wound in the chest which entered the heart. 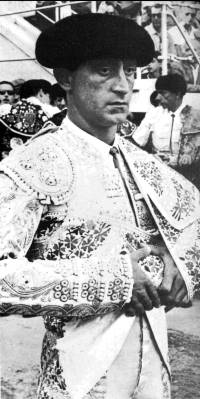 El Viti
Santiago Martin "El Viti" from the province of Salamanca in Spain was a somber, unsmiling matador with a cold, classic style, reminding many fans of the ill-fated Manolete. Throughout the 1960s and into the 1970s, Viti remained a respected and graceful matador. He retired to become a bullbreeder. 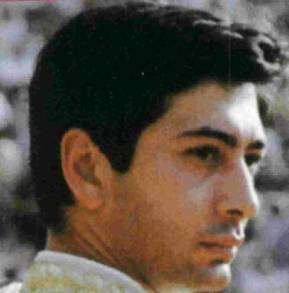 Vicente Barrera
Coming from Valencia, Vicente Barrera became a popular star in the 1990s and continues to perform as a ranking matador as of this writing. He has also been seen in Mexico and South America but is best recognized in Spain. 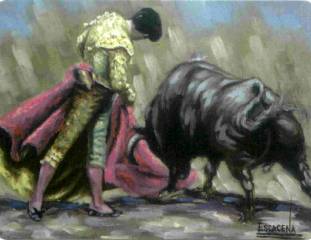 Miguel Gutierrez
Miguel Gutierrez was a promising novillero who was killed in Mexico City in 1935 before he could reach true stardom. The wind blew the cape against him and caused him to trip in front of the bull, which gored him in the heart.