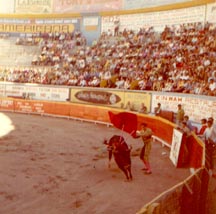 Manolo "Armillita"
The eldest son of legendary Fermin Espinosa "Armillita" and brother of matadors Fermin Jr. and Miguel "Armillita" had a long career. Aside from facing bulls, he was an accredited architech and inventor. He likewise created a brace to keep the muleta from blowing in the wind, but sadly, few other toreros would use the contraption, even though it worked. 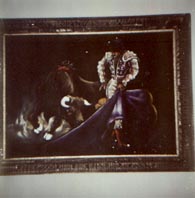 Fermin Rivera
Depicted in this painting, Fermin Rivera was a famous Mexican matador active in the 1950s and early 1960s. He died from a heart attack years after retirement, and his ashes were scattered in Plaza Mexico. He also played himself in the film The Brave One. 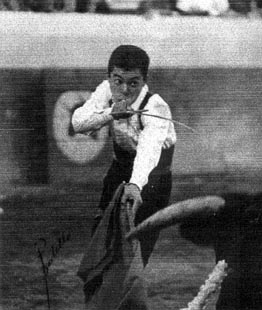 Juan Carlos
A Tijuana-based novillero who rose to stardom in 2001, this torero shows great skill and promise for the future. 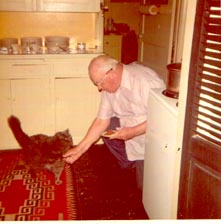 George Smith
George B. Smith, seen shaking hands with his trained cat, Willy, in a 1971 photo, was a well-known collector of bullfighting memorabilia and especially books. He founded with a group of friends various bullfight fan clubs in America, and upon his death, willed his entire book collection to the Los Angeles library system. 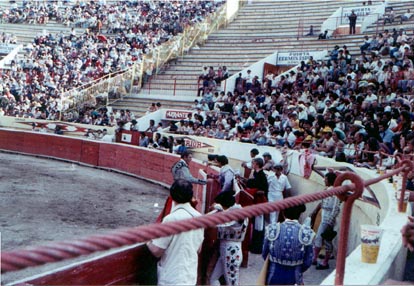 David Renk
David Renk (in brown shirt in passageway, speaking to matador John Fulton) drew much acclaim and publicity as "The Bullfighter from Texas" in the late 1980s and had many ear-winning days along the border before retiring. A book on him, Two Hearts, One Sword, is now out (see our Book Reviews section) 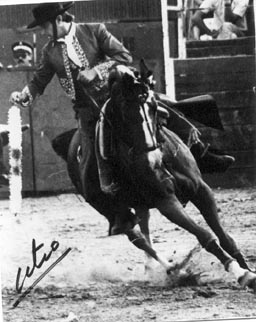 Pablo Hermoso DeMendoza
One of the most magnificent rejoneadores of this era, this tremendous horseman is an international star. Already recognized as a legend in Europe, Mexican tours in 2000-2001 made him a universal figure. He has a fine web page also. 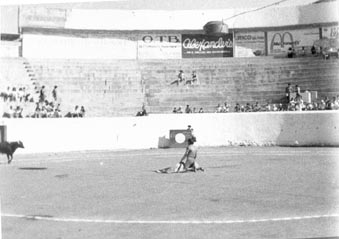 Uriel Moreno "Zapata"
Dropping to his knees for one of his trademark passes, matador Uriel Moreno shows the recklessness that has made him a star of Mexican rings in the 2000s, especially along the border towns, such as Tijuana and Nogales. 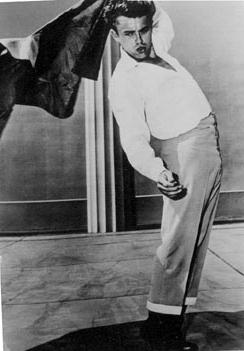 James Dean
Though not commonly associated with the bulls, late actor James Dean was an avid bullfight fan and even produced a short 8mm animated bullfight on film using clay figures. A cape and other memorobilia owned by Dean is on display at the Fairmont, Indiana Historical Museum, which also, incidently, provided us with this shot. 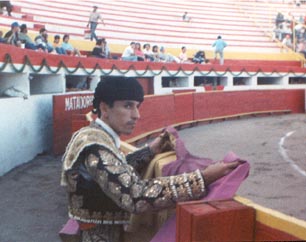 Carlos Nandin
A popular novillero from Nuevo Leon, Carlos Nandin had some good showings in the 1990s in northern Mexico. 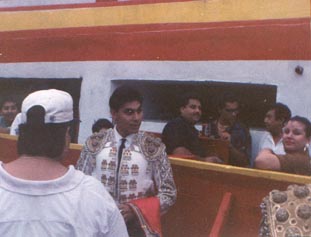 Gustavo Jimenez
Tijuana-based torero Gustavo Jimenez had a long and triumphant reign as a novillero in the 1990s, especially in the smaller rings of Mexico. 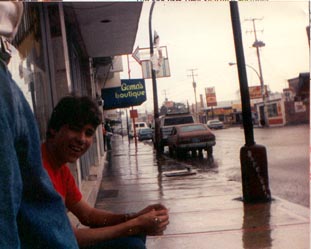 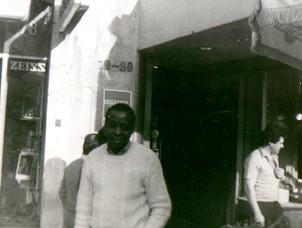 Ricardo Chibanga
Chibanga came from Africa to Lisbon to study farming but became a top matador instead. The legendary black bullfighter then retired to become a promoter. 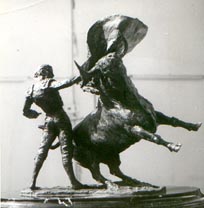 El Soldado
Luis Castro took the nickname of "Soldado" or Soldier, because he liked to play army when he was a small boy. As a matador he performed with the courage of a man in battle, and his nickname fit him well. Though he died some time ago, his style is recorded in the film The Bullfighter and the Lady. This sculpture of him was made by the famed sculptor Humberto Peraza. 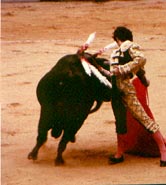 Valente Arellano
Valente Arellano was a suicidal young matador who rose to stardom in the early 1980s. He was brave and creative, but often badly gored. He died in 1984 in a motorcycle crash. 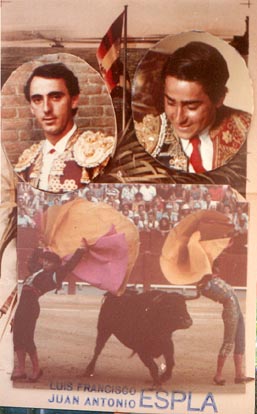 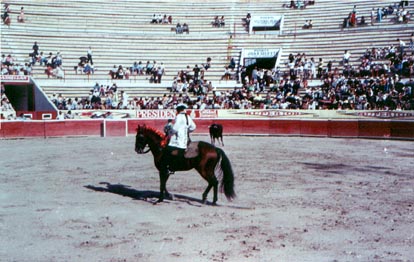 Gaston Santos
Movie star, horseman, big game hunter, and linguist speaking eight languages, Gaston Santos was one of the world's top toreros on horseback during a career spanning from the 1950s through the 1990s. He retired to raise both horses and bulls in San Luis Potosi. 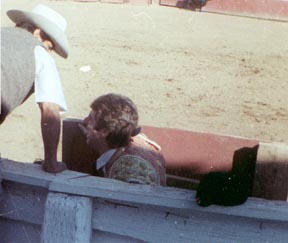 Kirk Farrell
An American novillero, Farrell turned in several exciting performances in the Mexican border and in bloodless bullfights in the United States during the 1980s. 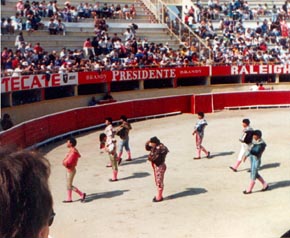 Chinanas (center)
The banderillero Chinanas was the only fatality in Tijuana, Mexico's long history of gorings. He was caught off guard and gored under the arm, the horn reaching into his neck. Though he did not die instantly, he passed away in the hospital within a week. 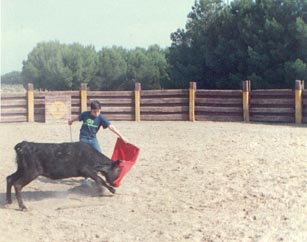 Jorge "Herrerin"
The last of the "Herrerin" family legacy of toreros was a rising amateur bullfighter as a teenager but never extended his career into a full-time profession. He remains, now grown, a follower of the bulls in Zaragoza, Spain and still appears on occasion in amateur events. 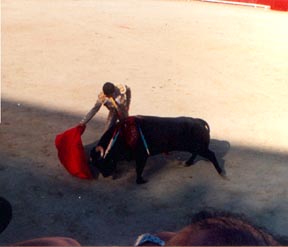 Mauricio Portillo
Portillo was a popular Mexican matador in the 1980s-1990s, then became president of the bullfighters' union in Mexico city. He is seen here in one of his many Tijuana appearances, in 1990.