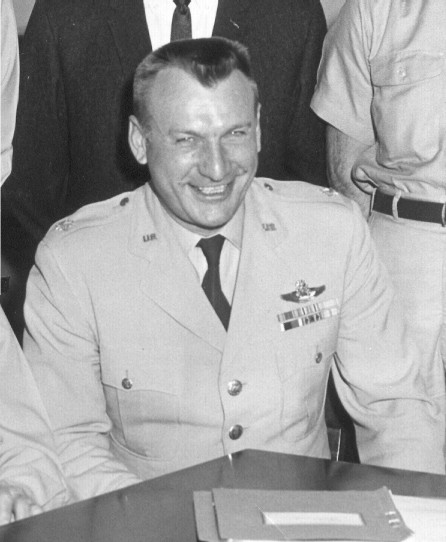 Victor Albert
Bullfighting manager who handled the career of American novillero Porter Tuck and others. 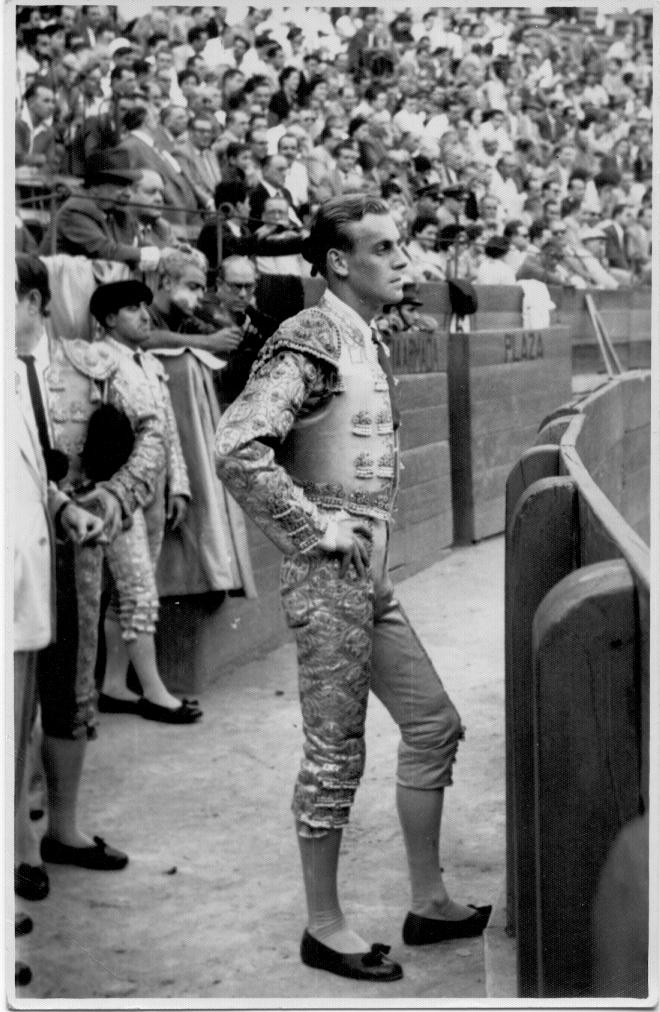 Porter Tuck
An American bullfighter from Boston, he was critically gored in Spain and never completely recovered from the effects of the wound. He later shot himself in a New York park upon returning to the USA and shrugging off the idea of ever making a comeback. He was a torero of valor but could not overcome the professional obstacles in front of him or the stigma of being an "American torero." 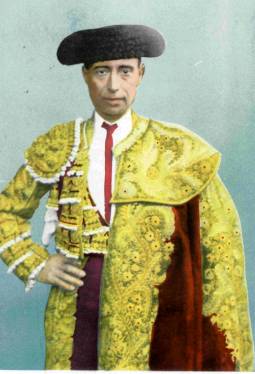 Rafael Gomez "Gallo"
A superstitious matador who could be graceful beyond all rivals but at other times would be overcome with fright and run for cover, refusing to face the horns. More than once he refused to face an animal halfway through the bullfight because he didn't like the way it looked at him or because he claimed he saw it wink knowingly. While Hemingway refered to Gallo as "an insane gipsy," the manwas well respected by others and lived to be an old man. Maybe there was something to his superstitions after all. 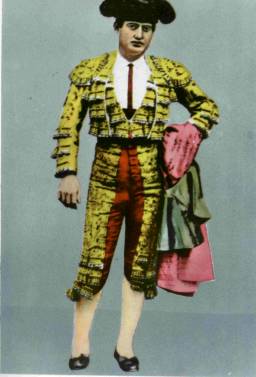 Manuel Garcia "Espartero"
The brave and often-gored matador on whom Spanish writer Vicente Blasco Ibanez reportedly modeled his character, Juan Gallardo, in the novel Blood & Sand. Brave beyond common sense, the famed Espartero was killed in Madrid, gored in the stomach as he placed a sword in the bull, killing the animal as it killed him. 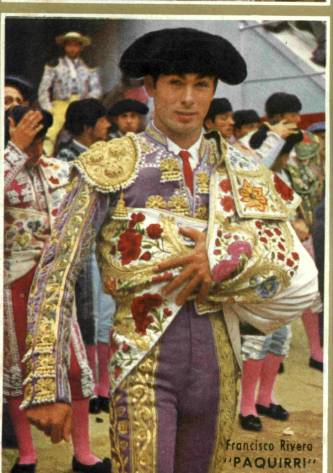 Francisco Rivera "Paquirri"
A popular and complete Spanish matador active from the late 1960s through the early 1980s, still popular with the fans when he was killed in the bullring. He died after receiving a tremendous leg wound in Pozo Blanco, Spain in 1984. Paco Portilla
A lesser known torero reputed for his skill with the banderillas, as seen here in this particular capea. 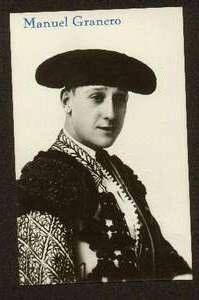 Manuel Granero
A young matador from Valencia, capable with both lures, the sword, and the banderillas. In only two short years he became a star of the bullring but was killed in Madrid in 1922 at the youthful age of 20. Thrown against the fence, a horn went through his eye and into his brain, killing him instantly. 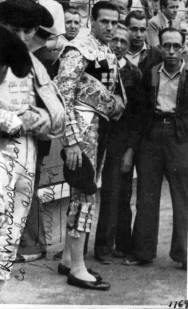 Mario Cabre
Better known as an actor and poet rather than a matador, his work may best be seen in his role as a psychotic bullfighter in the film Pandora and the Flying Dutchman alongside Ava Gardner and James Mason. He continued to write and act long after retiring from the ring, up till his death a few years ago. 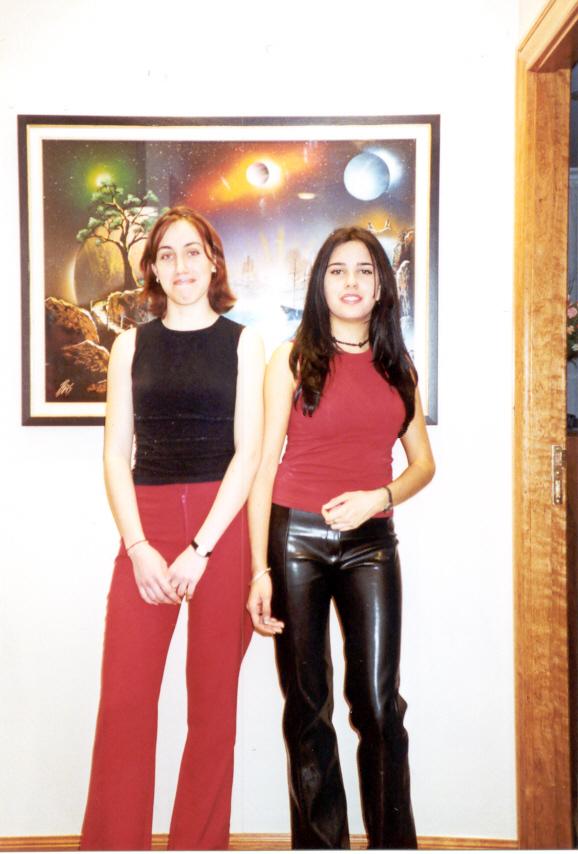 Yara Otero
A popular young writer of bullfighting themes, Yara Otero (right) smiles in this photograph. Living in northern Spain, she covers bullfights for a number of Web pages and other sources, especially with focus on regional fairs. 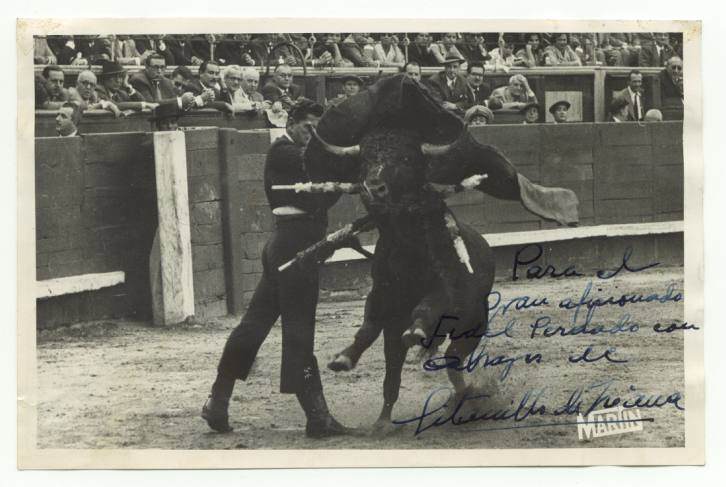 Gitanillo De Triana II
A nephew of the famed Gitanillo De Triana killed in the ring, this family member had a long career in the bullrings of Spain and was on the card with Manolete the day the famed Cordoban was killed in Linares. This particular member of the famed Gitanillo dynasty died in a car wreck, along with his son in law who was also a matador, in the mid 1970s. During his career he was known for his slow, graceful work with the big cape. 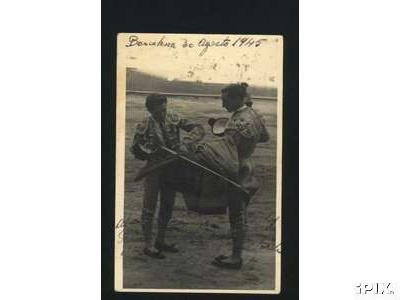 Rafael Llorente
Rafael Llorente (left) is seen here with the great Manolete, whom he idolized and imitated. Coming from Barajas, a Madrid suburb, he was known especially for his ability with the sword. He was well-respected by the public, but a sometimes colorless performer, which kept him from going further. 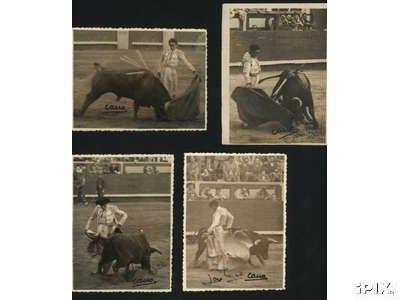 Jose Ugaz
Style and form are shown by this obscure Spanish bullfighter. Like many, he had the talent but not the political pull to make it to the top in his trade. 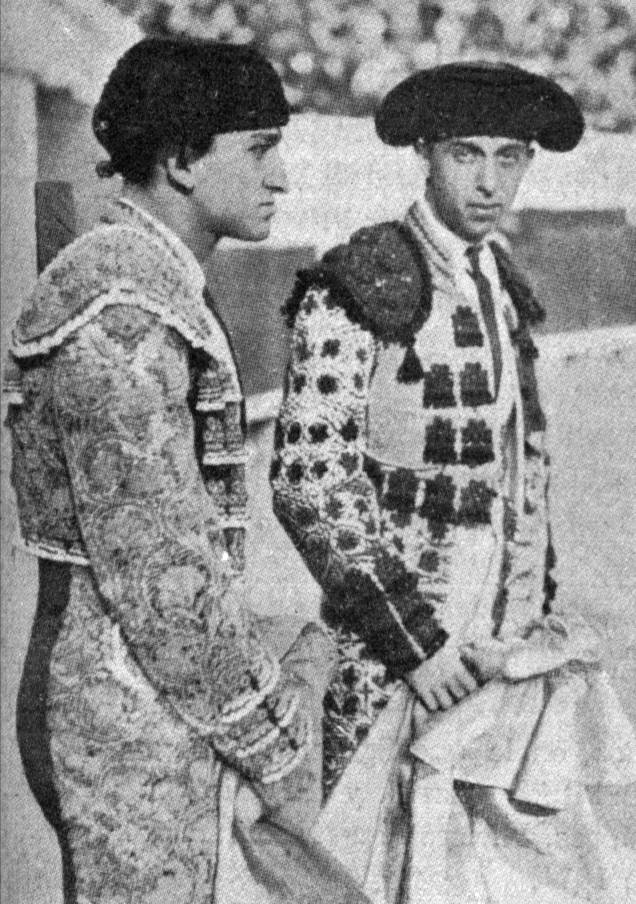 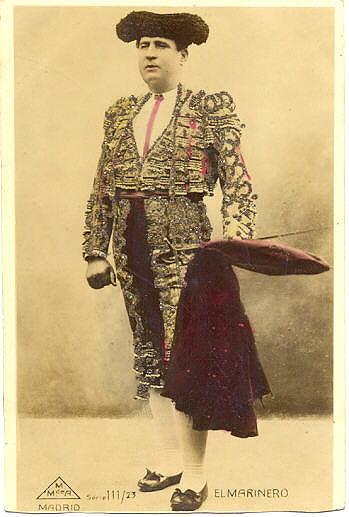 Marinero
El marinero, a classic matador from the same era as Luis Mazantini, with whom he often performed, strikes a dignified pose for the camera. 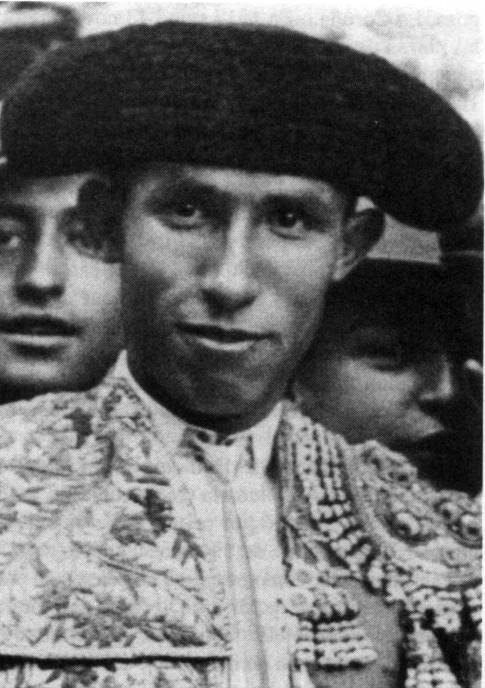 Nacional
Juan Anollo "Nacional" was a modest matador, killed in the bullring but not by a bull. While sitting in the stands, he became involved in an argument with a drunken spectator who hit him over the head with a bottle and fractured his skull. 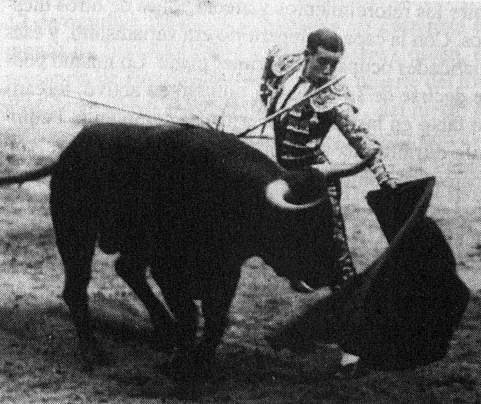 Cayetano Ordonez "Nino de la Palma"
Nino de la Palma, founder of the Ordonez dynasty, was a great matador until a Bohemian lifestyle devastated his health. He was the role model for Hemingway's "Romero" in the Sun Also Rises, and for contrast, Conrad's aging banderillero in Matador. He died from stomach cancer in the 1960s. 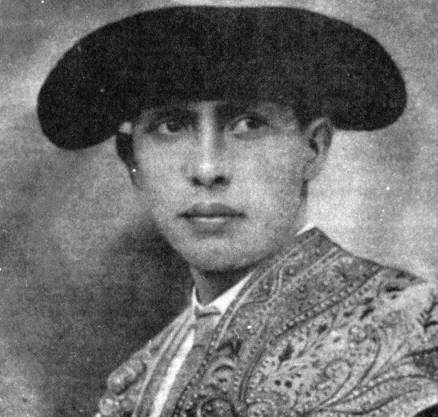 Carmelo Perez
The brother of Silverio Perez, Carmelo rose to fame as a novillero alongside the ill-fated Esteban Garcia. Shortly after Garcia was killed in Morelia, Mexico, Perez was himself gravely wounded in the lung in Mexico City. He recovered enough to resume bullfighting and made a trip to Spain where he unexpectedly died due to complications from this goring. Manuel Rodriguez
Manuel Rodriguez "Manolete" was the father of the more famous (much more famous) Cordoban matador of the same name, though this Manolete likewise possessed courage and an ability with the sword. Poor eyesite forced him from the bullring, and he even reportedly tried to wear glasses while facing the bulls, the site of which proved so ridiculous to the public, they could not stop laughing long enough to applaud him. he died in the 1920s, never seeing his son reach unequalled fame in the bullring. Curro Bedoya
Curro Bedoya of Spain was a popular rejoneador, performing off horseback, in the 1970s and 1980s. Always loved by the public, he appeared in many important bullrings and countless smaller ones. 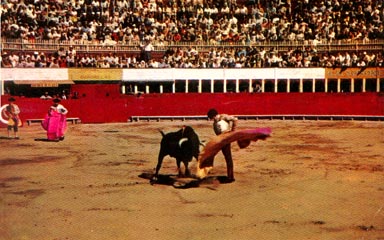 Pepe Osuna
Incredibly short in stature, around 5'1", this Spaniard had moderate success in Eurpoe but was known more for his phenomenal bordertown appearances while touring Mexico in the 1960s. He was especially popular in Tijuana, where this particular scene takes place.