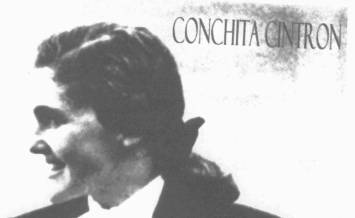 Conchita Cintron
Conchita Cintron was one of the first true female stars of the bullring, though she fought predominately on horseback. Active in the 1940s, she overshadowed many male rivals on certain carteles. She also wrote her autobiography in a book called Memoirs of a Bullfighter, and her mother likewise told her tale in Goddess of the Bullring. 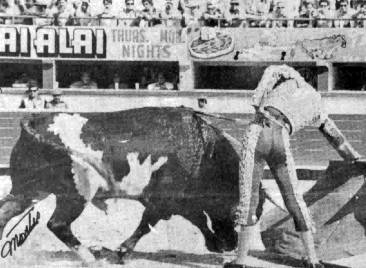 Adrian Flores
Following some spectacular faenas in Mexico City where he was loudly applauded but failed to cut ears due to problems with the sword in the early 1990s, Adrian Flores went on to take the alternativa and become a popular matador. Though short in stature and as some critics note, "resembles a parrot," he has proven himself to be highly capable in the ring. 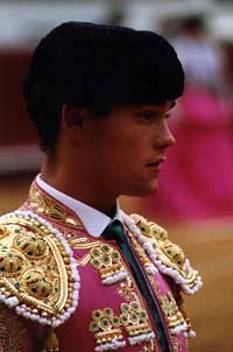 Miguel Abellan
The son of novillero/banderillero Maletilla De Oro, who lost a leg due to a goring in the 1980s, started bullfighting as a young boy, facing calves. He graduated to the rank of novillero and finally matador de toros, all under his father's guidance. Today he is a major star. 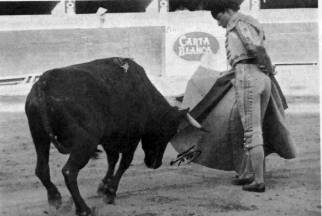 Pepe Luis Hurtado
Pepe Luis Hurtado, the son of Tijuana and Juarez promoter Mayor Salvador Lopez Hurtado, appeared regularly as a novillero in the 1960s and 1970s, then took the alternativa in Spain, though it was never confirmed in Mexico City or Madrid. He retired to take over as promoter in Juarez when his father died.

Patricia Hayes
Patricia Hayes (center) was one of the many female bullfighters to try her hand at the profession along the Mexican border in the late 1950s through the early 1960s, though she was considered a novelty by most spectators. 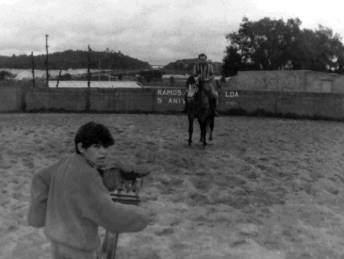 Nelito Sultana
Seen in the background practicing on his ranch, Nelito Sultana was a star rejoneador in the 1980s and also made wine on his farm in southeastern Portugal. 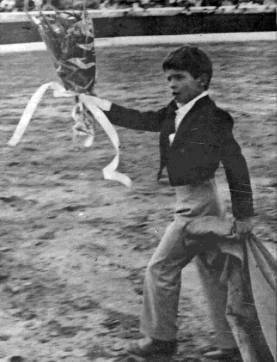 Antonito Ferrera
Antonio Ferrera started out as a child bullfighter on the Portuguese-Spanish border, turned professional, and became a major star in the 2000s. 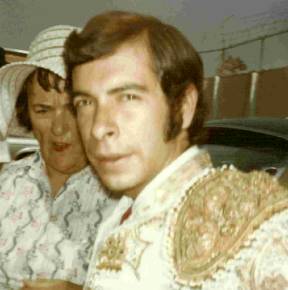 Jorge Blando
Jorge Blando was the son of celebrated matador Andres Blando. He took the alternativa in 1970, but could never escape his father's shadow and retired a few years later. 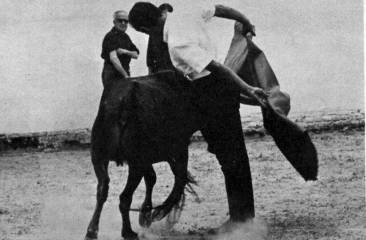 Cesar Giron
Cesar Giron of Venezuela was a famous matador in the 1950s, especially known for his work with the banderillas. He was killed in a car crash in South America in 1969. 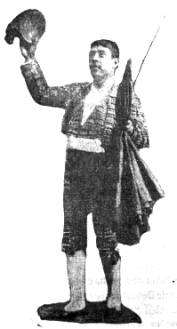 Timoteo Rodriguez
A Mexican novillero of modest capability, Rodriguez was killed by a bull in Durango, Mexico. 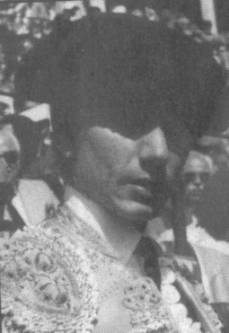 Julio Aparicio
Julio Aparicio, the son of a famous Spanish matador of the same name, made his mark in bullfighting in the early 1990s. There is an outstanding fan club dedicated to him you may find in our links. 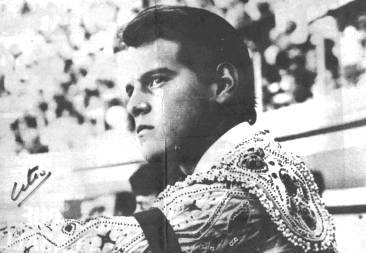 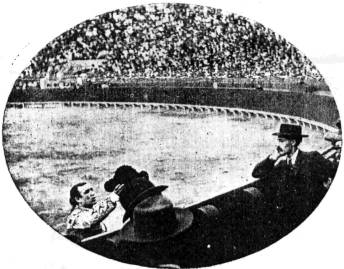 Agustin Dauder
Agustin Dauder is not remembered as much for being a matador in the early 1900s, as for the song Dauder written in his honor, which is still heard in bullrings today. Meco
A banderillero from Valencia, Spain, Meco was killed while plying his trade, from an intestinal goring. 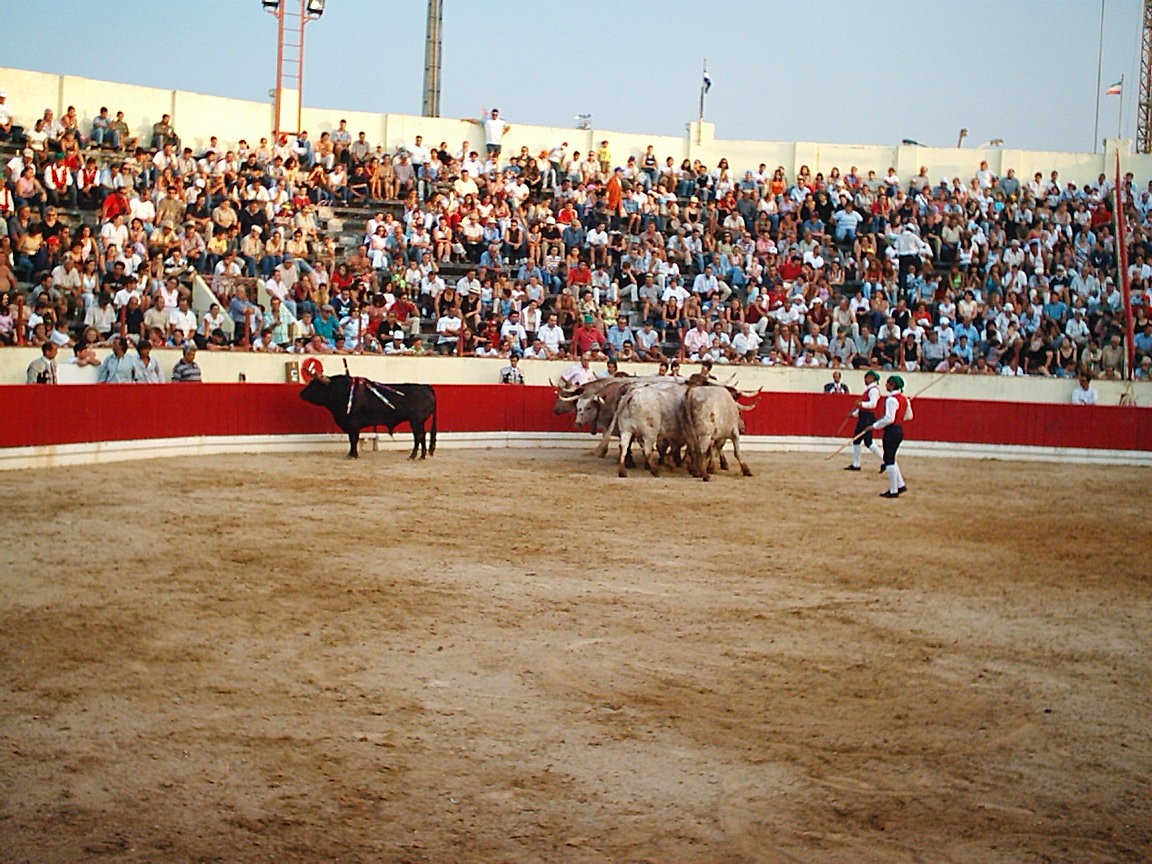 Felipe Goncalves
One of the younger rejoneadores making a name for himself, especially in southern Portugal, is Felipe Goncalves, pictured here. He has gained considerable recognition for his talents as a horseman and may eventually become a big star. 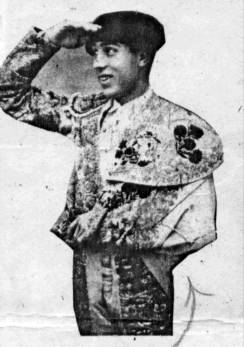 Miguel Morilla "Afareno"
A Granada-based novillero, this young and rising torero was set to take the alternativa at the hands of Juan Belmonte. What was to be his farewell appearance as a novillero before becoming a full matador de toros in Granada ended up being his farewell performance as a living being instead, for he was mortally gored in the groin and died from blood loss during his faena. 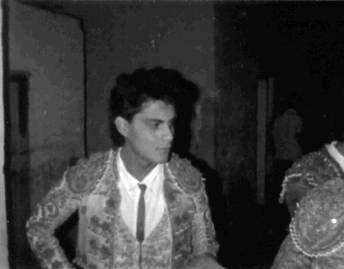 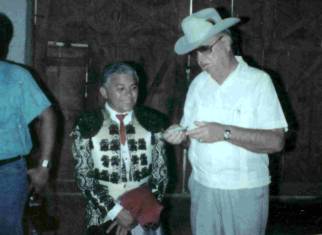 Victor Miranda
Victor Miranda was scarcely five feet high, but in spite of his short stature was one of Mexico's greatest banderilleros in the 1970s and 1980s. 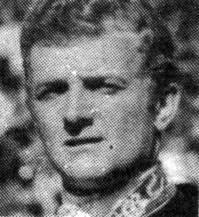 Gustavo Zenkl
Gustavo Zenkl, also spelled Zenkel and Zenkle on some posters, was a popular Portuguese rejoneador from the 1970s through the 1980s, but died from cancer at a relatively young age. He was also seen along the Mexican border and in bloodless bullfights in America, as well as full corridas in Europe.