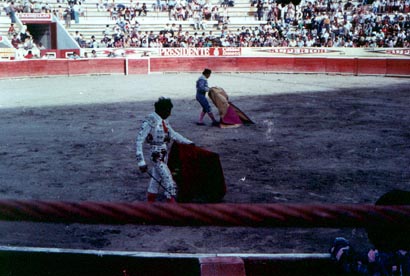 Rogelio Leduc
An incredibly brave matador, Rogelio Leduc was even definied as "crazy" by some critics. From the late 1960s through the early 1990s, he thrilled fans with creative capework and suicidal disregard for danger. He had many triumphant afternoons in Juarez, Mexico City, and Tijuana. 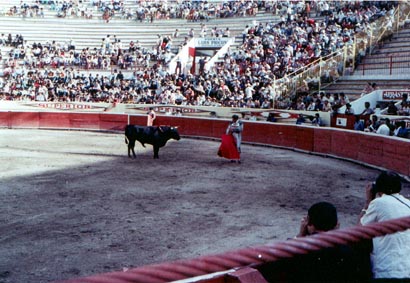 John Fulton
An American bullfighter who also wrote a book on la fiesta and a celebrated art gallery in Sevilla where he sold his paintings, Fulton was a talented man who could never fully break the political barriers of the bullring. He was especially known for his ability to kill, and died of natural causes in 1999. 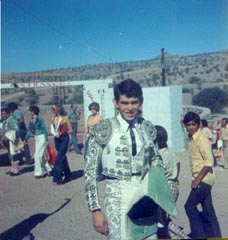 Chilolin
Jose Antonio Gonzalez "Chilolin" was a star matador from the late 1970s through the late 1980s, when he retired to become a businessman. He is the brother of contemporary matador Chilolo, and the son of a banderillero. During his career, his best afternoons were in Nogales, Piedras Negras, and Mexico City. 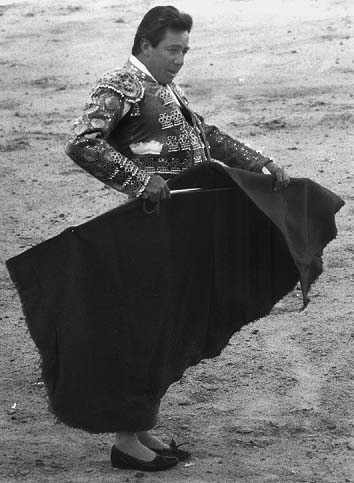 Miguel "Armillita"
Miguel Espinosa "Armillita," the youngest of three matador brothers, was the subject of the 1985 documentary film Matador and also an international star, capable in all acts of the bullfight, but especially the banderillas. 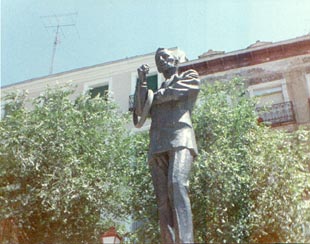 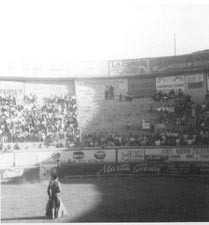 Juan Antonio Moreno
Moreno was a brave matador in the 1960s, known for suicidal passes on his knees and frenzied banderilla work. He was tremendously popular in the small rings and on the Mexican border. 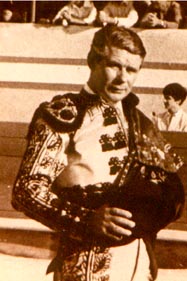 Luis Alegria
Alegria was a popular banderillero and manager of bullfighters during the 1970s-1980s, out of Badajoz, Spain.

F. Mesonero-Mesonero
One of the key spokesmen for bullfighting in Salamanca and a staff member to this site. Note the Museo Taurino De Salamanca gallery, for which he provided the photos and serves on the museum staff. 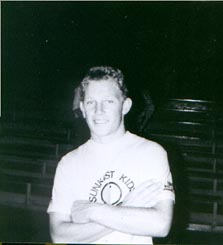 Jorge Prates Peres
Meet this new taurine writer who will be providing columns to this site and other places on the bloodless bullfights in California. Look for controversial views from this educated young fan. He also plans a book on bullfighting. 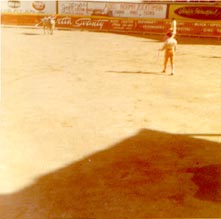 Jesus Silva
A reckless young matador in the late 1950s, Silva was brave but never made the big time. 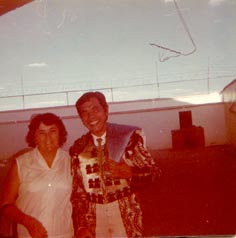 Tomas Abaroa
A prominent matador in the 1960s who retired to the rank of banderillero after many bad gorings. Abaroa was very popular on the Mexican border. 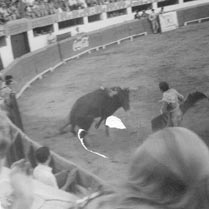 Armando Martinez
A damaged photo, but the only one we had. Note the bull whirling in, in spite of the pictures flaw, and how quickly it has turned on the torero. Martinez was a reckless journeyman who never became a top star, but was a respected though often-gored performer. 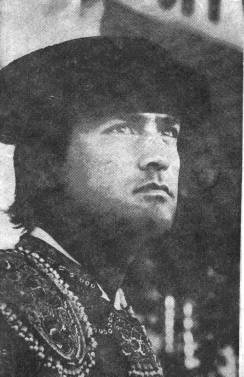 Mauro Liceaga
One of the many Liceagas to enter the bullring. Mauro was one of the most popular during the 1960s-1970s, especially skillful with the banderillas. His son, Lalo, would enter the bullring in the 1980s, but never surpassed his famous father. 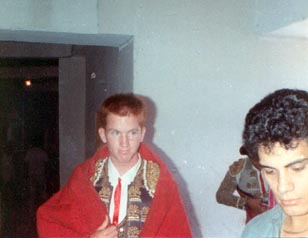 Tim Kirkman
This Tucson-born bullfighter tried everything he could think of to make the grade but never managed to gain any ground except for some appearances in the Mexican border rings. He even went to Spain in 1989 to little avail and finally gave up on the profession. 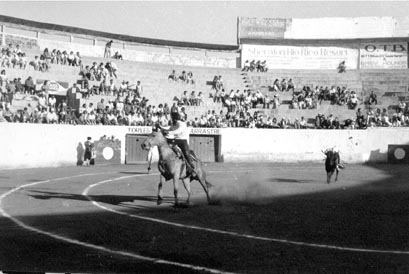 Jose Rodriguez "Praga"
El Praga never made many waves when he performed on foot in the 1970s, then he became a novelty as a "torero charro" imitating Ponchiano Diaz, a matador from the 1890s! He grew a mustache, wore a rancher's costume instead of the suit of lights, and fought off horseback as well as on foot. Some fans loved the style, others considered it kin to a circus act, but either way, the controversy helped his career. 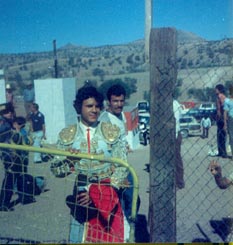 Angel Sulbaran
This Venezuelan matador came to Mexico to further his career. Though suicidally brave, he had little skill or timing and was frequently tossed. In 1979, he gave up on life as well as the bullring and hanged himself. 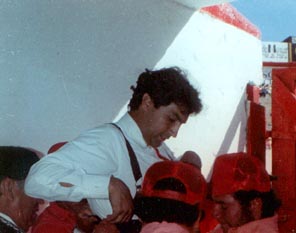 Carlos Gonzalez
Migrating between his native Aguascalientes and the bordertown of Nogales, Gonzalez appeared for many seasons as a novillero and an empresario, while working as a fabric distributor with his family on the side. During the 1980s he had many good showings with capote, banderillas and muleta in Nogales, but often lost awards due to poor kills. In May of 1988 his greatest day came in this ring, when he cut two ears and tail. 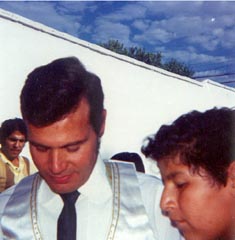 Jesus Delgadillo "El Estudiente"
Not to be confused with the Spanish matador with the same nickname, Estudiente was a popular Mexican matador throughout the 1960s, especially lived in the bordertowns of Civdad, Juarez, San Luis, Rio, Colorado, and Tijuana. He retired in Juarez in 1977, in a spectacular farewell bullfight alternating with Antonio Lomelin. 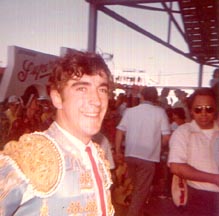 Curro Leal
Leal rose to fame in the early 1970s during a triumphant campaign on the Mexican border which continued through the 1980s. He was especially known for his work with the sword. He retired to become a promoter. 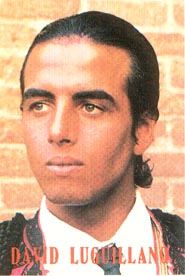 David Luguillano
A popular Spanish matador, Luguillano reached the height of his fame in the 1990s, though he was hampered by many bad gorings.