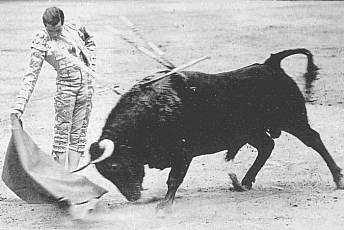 Pepin Martin Vazquez
The Spanish matador Pepin Martin Vazquez might best be remembered for his role in the classic film Currito De La Cruz rather than for his life as a torero. He might have gone much further had it not been for a terrible goring in the face, which deprived him of much of his courage at the height of his popularity. 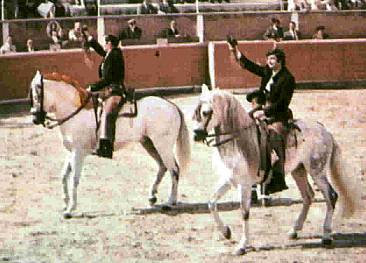 Angel & Rafael Peralta
Angel & Rafael Peralta, a team of brother bullfighters, were dominant as rejoneadores throughout the 1960s. They also served as doubles in the Bo Derek film Bolero in the early 1980s, doing the bullfight scenes. They ultimately retired to start a bull ranch, breed horses, and run a restort-type guesthouse for tourists. During their long careers, both men were considered the best of the best, with only each other as rivals. 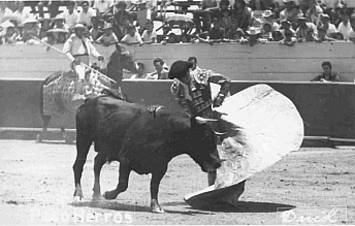 Paco Herros
Paco Herros rose to stardom as a novillero in the Mexican rings in the late 1930s, performing regularly alongside Andres Blando. He never really made the grade in the long run or lived up to the early expectations heaped upon him by the eager public. His career was one of irregularity, though he did offer some outstanding afternoons when circumstances were in his favor.

Mario Miguel
The Portuguese torero Mario Miguel rose to stardom in the early 2000s, continuing on an aggressive campaign to become a figura in the line of Manolo Dos Santos, Fernando Dos Santos, or Vitor Mendes, ruling the bullrings of his native land. Aside from favorable presentations throughout Europe, he has also been seen in bloodless bullfights in the USA and continues to gain fans everywhere. 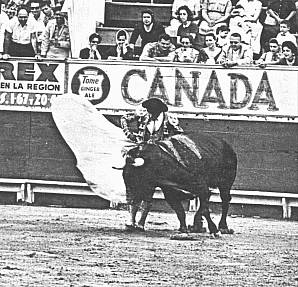 Luis Reina
Luis Reina was a popular and artistic torero in the 1980s who had a fairly impressive fan following in Spain. He was especially talented with the muleta. 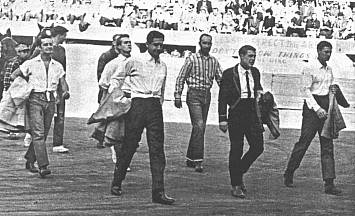 Russ Des Aulnier
Russ Des Aulnier (center) leads a parade of amateur bullfighters in Nogales, Mexico many years ago. (Curiously, also in the parade is soon-to-be novillero Jeff Ramsey, Jim Boger who later became matador Diego O'Bolger, and one Bill Thompson, better known as Mr Wallace on the longrunning Wallace & Ladmo kids show out of Phoenix.) Des Aulnier aspired to be a novillero but became disgruntled with behind the scenes politics and left the bullring, though he was considerably talented. He presently lives in the northwestern USA and wrote a book which includes some bullfighting items a few years back. 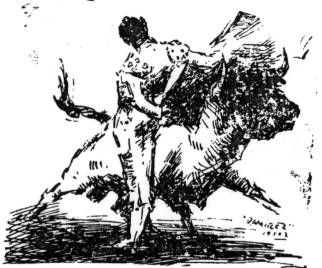 Ajejandro Otero
Alejandro Otero showed great promise as a novillero but failed to live up to his brilliant expectations as a matador de toros. In 1971, he appeared in Tijuana alongside Paco Pallers and Jaime Rangel to much anticipation, but took two tremendous tossings for his effort. Though ungored, he was hit extremely hard and it showed on him as he finished his performance. He stuck around for more corridas after that, but the beating he took in Tijuana helped lead him to leave the profession. 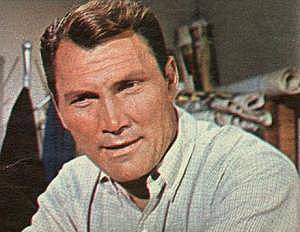 Jack Palance
Though his role is all but fogotten now, Jack Palance played Manolete in a televised presentation of The Death Of Manolete in the late 1950s, in the golden era of television, alongside Ray Danton and Suzy Parker (Bradford Dillman's wife.) Though Palance looked nothing like the famous Manolete, the show brought revived interest in bullfighting and in the real-life, ill-fated matador. 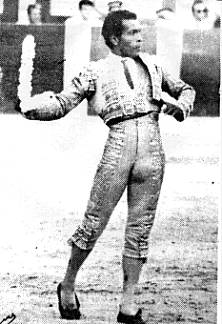 Morenito De Maracay
Venezuelan matador Morenito De Maracay was one of the finest matadors ever when it came to placing the banderillas and remained a top torero throughout the 1980s and 1990s, both in Latin America and Spain. 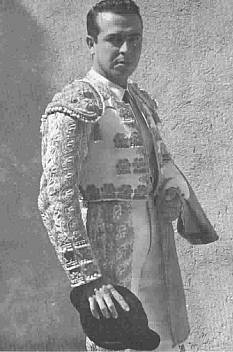 Juan Silveti
Juan Silveti was the son of the famous Mexican matador of the same name and father to Alejandro and David Silveti. He proved to be an extremely popular torero in the 1950s, known for quick kills. 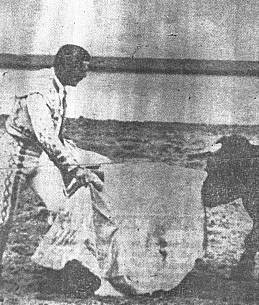 Domingo Dominguin
The son of matador Domingo Gozalez "Dominguin" and brother of matadores Luis Miguel and Pepe Dominguin, this man was a popular torero in his own right, though overshadowed by his brothers. While his two brothers remained masterful with the muleta and banderillas, Domingo was known for his work with the capote. 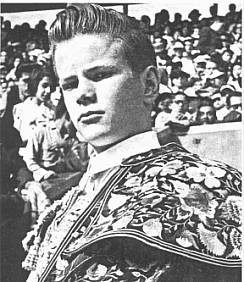 Luis Miguel Stumer
Luis Miguel Stumer was an American novillero who spent most of his career in South America in the early 1960s. While he showed great promise with the novillos, he eventually retired without taking the alternativa and moved to Arizona to work in landscaping. 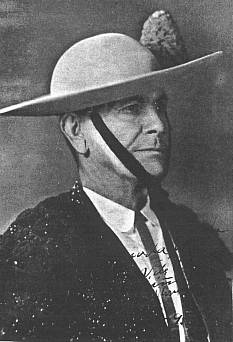 Barranches
A popular picador who plied his trade from the early 1900s until 1947, this man worked for several famous Spanish and Mexican matadores. He retired to Nuevo Laredo where he died at a very old age in the early 1960s. 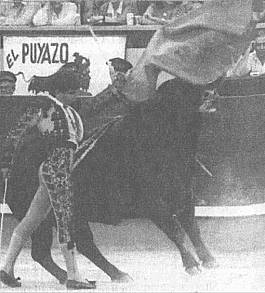 Lucio Sandin
A graduate from the famous Madrid bullfighting school, Lucio Sandin showed great promise as a novillero until a goring in Sevilla caused him to lose an eye. In spite of this, he returned to the ring, took the alternativa, became a matador de toros, performed for a while afterward, then retired. 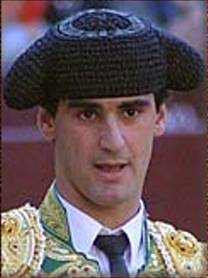 Jesulin De Ubrique
Jesulin started his career as a teenage heart-throb of the bullrings and a tremendista showing more nerve than skill, but later became a capable and dominating torero as his career progressed. He was a dominating figura in the 1990s. 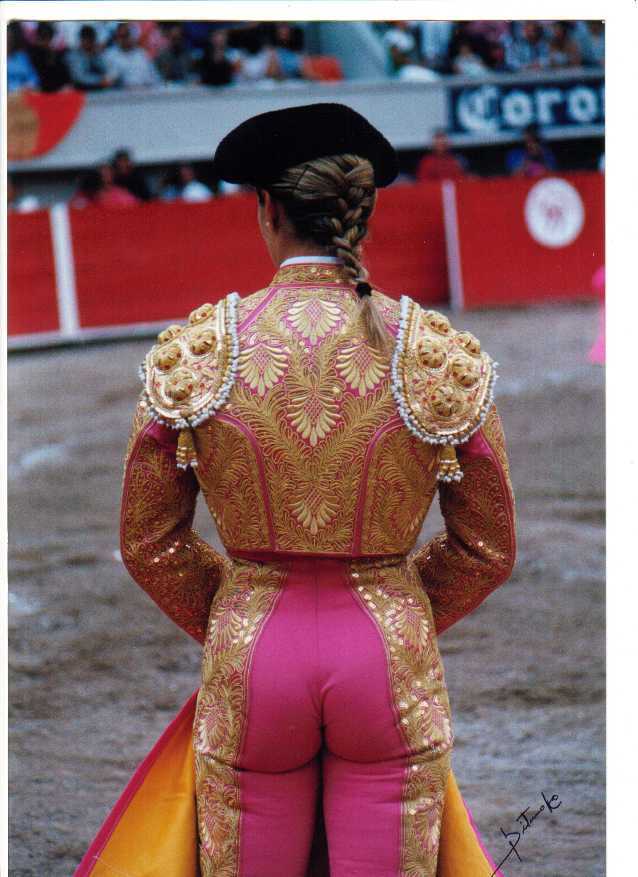 Cristina Sanchez
During the early 1990s, Cristina Sanchez was a phenomenal woman matador but left the bullring in disgust over politics and claiming she was discriminated against because she was a woman in a man's world. For all it is worth, she had as much ability if not more, than many male counterparts. 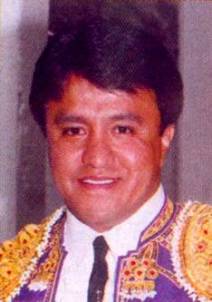 Manolo Mejia
During the 1980s and 1990s, Manolo Mejia was an extremely popular torero, especially along the border where his flashy style and fancy banderilla work caught on. He had many fine afternoons in Tijuana, Juarez, and Mexicali, but also registered a subsantial number of triumphs in the interior's major plazas. 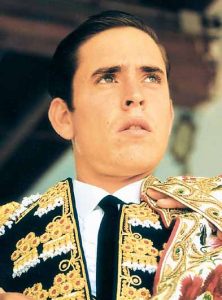 Davila Miura
The Miura family is known mainly for their bull ranch but during the late 1990s, this relative, Davila Miura, arose as a respected matador in Spain, known for a smooth, dominating style. 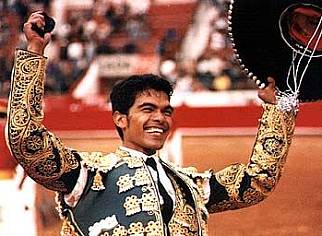 Leonardo Benitez
Coming from South America, Leonardo Benitez started gaining fame in the Mexican rings in the mid-1990s and remains a favorite there to this day. He is truly an international star for the 2000s.